I’ve dreamed of this day for years

You know... I think if we really made it stick.... over time the cost of “luxury” items would come down as more people shifted cash being spent on those items ..... to purchasing core needs. But it would be really ugly along the way.

From the USDA plan:

“In addition, about $2 billion in contingency funding will be available and could be used to support State Administrative activities essential to continue the program and issue and process benefits. These contingency funds were provided in the FY 2013 appropriation and do not expire until the end of FY 2014.”

“Could be used to support State Administrative activies essential to continue the program...?

Sounds like Utah found out it won’t be paid for SNAP administration if the debt ceiling isn’t raised.

I took that graphic. Thank you very much :)

The only thing that would cause me to believe it is the one fact that conservatives desperately avoid thinking about.

Such a thing would only create more democrats.

I believe credit for that one goes to the subguns.com forum.

Seems descriptive, accurate and succinct to me. Plus, it gives the real Amish a break.

Good news!
but I seriesly doubt they will do it.

I don’t know, but I will bet you can use your EBT to pay the Costco membership. If so, that stinks to high Heaven.

Followed by a crash in sales of lotto tickets and menthol cigarettes...

OTOH, Obamaphones will still be working.

This is obviously another ploy. Women and children hurt worse. But, but the poor widdle children are starving and it’s those mean GOPs’ fault!!!

Don’t sweat it. When this ballon goes up, everybody’s CHL will be “revoked” anyway, but nobody’s going to care about the “paperwork.” They’ll continue to CCW. We’re all outlaws now.

Please lose your 'Normalcy Bias'. Your life may depend on it.

And the indigents won’t have any place to go, because rooming houses and flophouses are being regulated out of existence.

The New Normal is morphing on a daily basis. 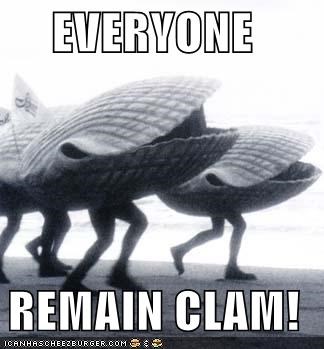 I believe I’ve seen “FSA” used in that context at market-ticker.org for several years now.

...we are directing States to hold their November issuance files and delay transmission to State (EBT) vendors until further notice"

Ok, what are the chances that the 17 states affected in Saturday's EBT shut down are the States that provide the next month's issuance files as early as the 15th of the month.