The Washington Post has published a remarkable report showing that the National Security Agency and the Federal Bureau of Investigation have been monitoring the central servers of major Internet companies -- Microsoft, Yahoo, Google, Facebook, PalTalk, AOL, Skype, YouTube and Apple -- and "extracting audio, video, photographs, e-mails, documents and connection logs that enable analysts to track a person’s movements and contacts over time."

Why did a government source leak information of this program, dubbed "PRISM," to the Post? What follows is perhaps the most chilling paragraph I've read to date about U.S. government surveillance:

Firsthand experience with these systems, and horror at their capabilities, is what drove a career intelligence officer to provide PowerPoint slides about PRISM and supporting materials to The Washington Post in order to expose what he believes to be a gross intrusion on privacy. “They quite literally can watch your ideas form as you type,” the officer said.

In the wake of last night's Guardian report about the NSA's collection of Verizon phone user metadata, the New York Times editorial board argued that the Obama administration "has now lost all credibility" in defending its abuses of executive power. That was before the report about PRISM, which unlike the Verizon metadata, includes surveillance of user content.

Men at Work: Who can it be now?

Benghazi. We’ve been waiting for this and it’s only going to get worse.

Maybe these “leaks” are Obama’s efforts to sabotage the efforts of the United States to fight terrorism.

Nope, the spooks know EVERYTHING. Trust me on this one.

I realize that, but I’m asking about a phone.

46 posted on 06/06/2013 5:42:33 PM PDT by clintonh8r ("Europe was created by history. America was created by a philosophy." Baroness Thatcher)
[ Post Reply | Private Reply | To 36 | View Replies]
To: glm
This is a test of our feral gummint. If they use this info to oust these corrupt libturds we can relax a bit. Otherwise it could be pretty dangerous to be anyone who works for the gummint sudden like.

Is it possible that PRISM is a diversionary issue and that it doesn’t exist as described? Possibly a “poison pill” (easily disproved) to make those wishing to have resolution to other, legit scandals look kooky?

1. The leak has come through the Guardian (usually cooperates with the left)
2. The leak is backed by Politico (mouthpiece for the White House)
3. Apple and Google deny involvement (private companies)
4. Why is a “career intelligence officer” coming forward now? The timing is highly suspicious. Similar Clinton systems were enough to draw any “career intelligence officers” out with their capabilities. Why now, with other scandals out there?
5. IMHO, there is far far far too much information to mine through Google/Apple/MS to make it useful. 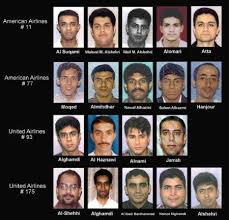 When it was Able Danger going after these guys my god we had to destroy the data mining threat to the world and all mankind! Everyone involved with this had to punished, destroyed . . . .

Now that it's the 1960s campus Marxist-Alinsky punks and their ideological issue, today's "Establishment," going after the "domestic terrorists" clinging to their Bibles and guns well data mining is the greatest thing ever!

I hope more and more whistleblowers come forward about all manner of crimes committed by the fedgov.

And then I hope they organize themselves and Do Something About It.

53 posted on 06/06/2013 5:50:10 PM PDT by little jeremiah (Courage is not simply one of the virtues, but the form of every virtue at the testing point. CSLewis)
[ Post Reply | Private Reply | To 1 | View Replies]
To: TigersEye; penelopesire; ConservativeMan55; AllAmericanGirl44; Nachum; Jet Jaguar; maggief; onyx

We know know how they were able to get all the dirt on the ex CIA director and the general who was writing e-mails to the woman. Surprised no one is asking the question.

Here’s my cynical take.
Prism may not be anything except another, yes another, fictitious poke in the eye to agitate our side. These types of creepy things have been popping up now and then from the start of nobama, then you never hear of them again.

These thing has to keep getting grander and hotter, the huddles get higher, otherwise we would come to see them as just another BS ploy to stir us up.

Nobama is a “Community Organizer” which means a skilled agitator.

56 posted on 06/06/2013 5:54:59 PM PDT by X-spurt (Republic of Texas, Come and Take It!)
[ Post Reply | Private Reply | To 44 | View Replies]
To: Pride in the USA
Firsthand experience with these systems, and horror at their capabilities, is what drove a career intelligence officer to provide PowerPoint slides about PRISM and supporting materials to The Washington Post in order to expose what he believes to be a gross intrusion on privacy. “They quite literally can watch your ideas form as you type,” the officer said. Why does this sound like the plot of a television series?

Oh...maybe because it is?

The truth is even scarier than fiction

“Somebody’s Watching Me” was Michael Jackson

It was Rockwell who originally sang it....IIRC Jackson and brothers sang chorus or backup vocals.

That’s what I’ve been saying for months now