Harrisburg’s finance director has been suspended after a neighbor snapped a photo of him gardening in the nude and called police to complain.

Bruce Weber is suspended pending the outcome of a police investigation.

The neighbor, ShaVonne Moon, posted a photo Friday on Facebook of her naked neighbor, bent over, pulling weeds in his backyard garden on Boas Street . She complained on her social media post that she’s “sick of it,” and had to keep her young sons away from her home’s windows and backyard to avoid seeing the naked man outside.

Weber confirmed Sunday that it was him in the photograph, but he did not wish to comment at that time. When reached for comment again on Tuesday, he said he would call back but did not.

Moon didn’t post her neighbor’s name, only his initials and that he was a city official, but the post spurred a lot of commentary and condemnation, with many people eventually figuring out her neighbor is Weber.

Moon said it was the second time she has seen Weber outside without clothes and said she reported both instances to police. But Mayor Eric Papenfuse said the city only has one record of a police call and it was placed Friday, the same day Moon posted her photo.

Bruce Weber gardening ShaVonne Moon took this photo from her window, which overlooks the backyard of the city's Finance Director Bruce Weber. She strategically placed the clown face emoji over the photo before posting it to Facebook.

“This is being handled as an employment matter,” Papenfuse said. “The incident has been referred to Dauphin County (detectives) for investigation and Mr. Weber has been suspended pending the results of that investigation.”

The state has a law against “indecent exposure,” which according to statutes involves someone exposing “his or her genitals in any public place or in any place where there are present other persons under circumstances in which he or she knows or should know that this conduct is likely to offend, affront or alarm.”

The state also has a law against open lewdness, a third-degree misdemeanor, which involves “any lewd act which he knows is likely to be observed by others who would be affronted or alarmed.”

Weber’s backyard appears to be fairly private and secluded for its Midtown location, but it still can be seen from Moon’s backyard and from an adjacent parking lot.

There is also a small alley that runs between Boas and Herr streets, which cuts between both of their yards. A person walking down either Boas or Herr streets, however, could not see Weber’s backyard.

Harrisburg police spokesman Sgt. Kyle Gautsch said Tuesday: “There was a complaint made and it is under investigation at this time.”

Since the case is under investigation, Gautsch said he could not release any more details.

Moon told PennLive through Facebook messages that other neighbors warned her that she may see a fully naked man in the backyard, but she didn’t see him until recently, when she took the photos. Her sons are 6 and 2. Moon said she rearranged her older son’s room to block his window.

Weber has been working as the city’s Finance Director since 2014, when Papenfuse was first elected. His annual salary, according to the 2020 approved budget, is $81,200. 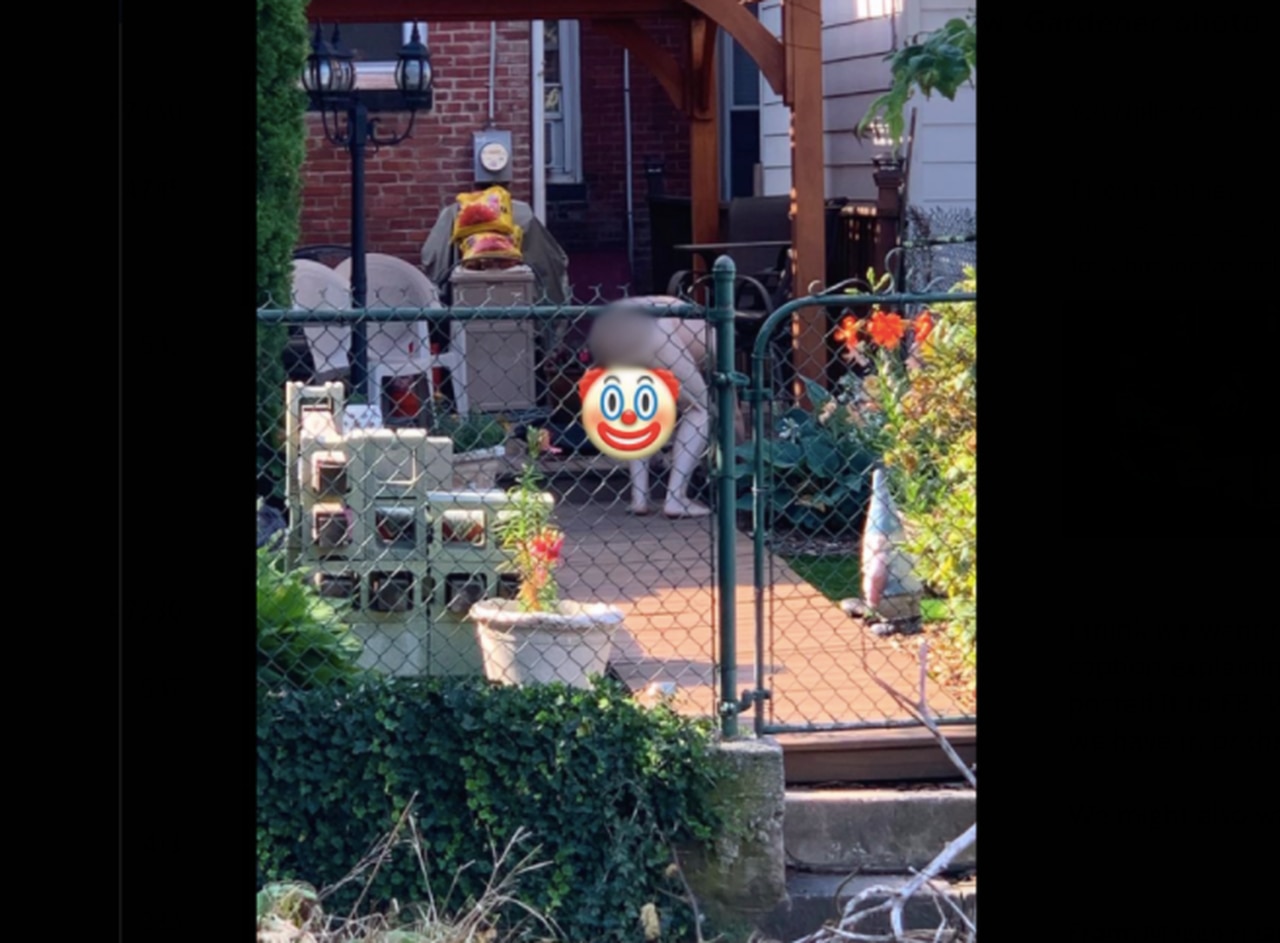 You reach a certain age when you just don’t give a flying fk. But it should be tempered with common courtesy.

Yep, Moon got mooned by the neighbor.

A BB gun would fix this.

When I saw this, I thought surely it was a privacy fence and he didn’t realize he was exposes. NO! He’s got a freaking chain link fence!

When I was a mailman there was a guy on my route that loved gardening in the nude. He always acted surprised when I would get to his house to deliverer the mail. I started stomping my feet when I had to walk down the path so he would hear me and go back in his house. It worked fairly well.

If the subject of the photo was an 18 year old female and the photographer a 60 year old man, who would get a visit from the cops?

Folks just don’t realize how hot and humid it can get in Central Pa. in the summertime!

Both, but for differing reasons.

She must be adverse to chocolate starfish.

She said the onions were doing OK, but the cucumber was shriveling.

That photo sure doesn’t look like it was taken from a
second floor window, it’s ground level.

There are many affordable plants he could put up near that fence if he wanted full privacy. Apparently, he doesn’t want full privacy. Oleander, Camillia, Boxwood, Ivy, Bougainvillea, Morning Glory all provide a quick natural cover. NO on any type of Cactus or Roses, for obvious reasons.

I asked her why she decided to call now. She told me “I got bored of him”. Ha ha ha.

I had an elderly neighbor who was mostly native American

“Get out of my garden, you sonofabitch!”

If Joe Biden had never been elected Senator, this would have been him.

That would kill Killer Bees ,LOL

Oh damn, I didn’t know that was illegal.

10 And he said, I heard thy voice in the garden, and I was afraid, because I was naked; and I hid myself.

12 And the man said, The woman whom thou gavest to be with me, she gave me of the tree, and I did eat.

13 And the Lord God said unto the woman, What is this that thou hast done? And the woman said, The serpent beguiled me, and I did eat.