I did it on purpose: Man arrested after causing disturbance at Orlando Airport
WESH ^ | 08/17/18

An unruly passenger was arrested Thursday morning at Orlando International Airport and the incident was caught on camera.

Jeffrey Epstein is charged with battery on a law enforcement officer, resisting arrest, trespassing after a warning and disorderly conduct, according to an arrest affidavit from the Orlando Police Department.

Police said they were called to investigate reports of an unruly passenger at the American Airlines ticket counter just before 6 a.m.

Police said that Epstein began to yell when he saw the officers arrive.

After talking with police, Epstein began to calm down, but became agitated when he learned the airline was not going to allow him to fly because of his behavior.

Police said Epstein took off his backpack, put his hands in the air and asked officers to arrest him.

Video of the incident shows Epstein and police exchange a few words before he is taken into custody.

According to the affidavit, Epstein then pulled his arms under his chest and remained tense preventing officers from handcuffing him.

During the struggle, one of the officers used pepper spray on Epstein.

After he was arrested, police said Epstein began complaining of chest pains. He was taken to a hospital and while en route he told an officer that “he created a very big disturbance and I did it on purpose,” the affidavit said.

Epstein, a doctor in Lakeland, spoke with WESH 2 News after being released from jail.

He said he was trying to make a point about police use of force. He said the disruption was done to "prove a point."

"If you're going to do this to a white doctor, who's 59-years-old, for doing nothing, then why would black people trust you?," Epstein said.

While speaking with WESH 2 News outside of the jail, Epstein began speaking about his political views.

"I’m a conservative Republican, I’m a Trump guy. But until the police fix this problem, I don’t blame black people for being upset when they get arrested."

Epstein also said he was trying to teach airlines a lesson about customer service.

"I was no danger. I was being loud because I wanted everyone to see. I wanted everything to be out in the open. Big companies have to take care of their customers, and when they call the cops in, they got to deescalate, not escalate," Epstein said.

Anybody can be a registered Republican. Sounds like he’s smart enough to know that’s what the media will cover.

What Does Dr. Epstein Specialize In?
Internal Medicine

“trespassing after a warning”

That’s probably where he messed up first. You’re right. And from what the articles say, it looks like they removed him very gracefully without escalating the situation.

If cops will arrest an unruly, 59 year-old, white doctor why would that make black people trust them any less?

Exactly! But Dr. Epstein would probably have been the first to criticize the police as "racists" if they hadn't "roughed him up.

“Epstein then pulled his arms under his chest”

He’s a doctor. They know how to do this.

Then he is a nut.

:: Epstein then pulled his arms under his chest :: 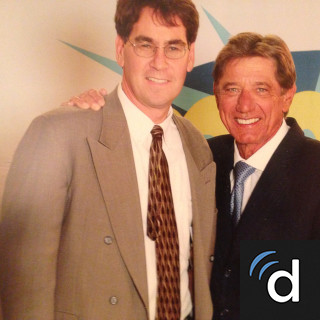 bullshit he’s a Trump guy. BULLSHIT. What a putz. and anyone in Florida, avoid this a holes dr’s office.

“Prove a point.”
“White doctor”
the man has serious mental issues and needs to be in a room with soft walls and no sharp objects.

And the board of medical examiners if he really is a doc. With this arrest he puts not only his license but any hospital privileges in jeopardy. He better be planning on retiring

I wonder what was going on with AA to get him pissed in the first place.

Yeah, he misses conservatives so bad but loves to suck the Obama BLM cock. Many girlfriends are like that.

Isn’t this deception proof they are up to no good at all and that this was a terrorist act?

“Epstein also said he was trying to teach airlines a lesson about customer service.”

He probably could have gotten away with his criminal arrogance at a Starbucks.

I’d say he did do it on purpose. A liberal makes a scene, sure to be captured on camera, and then claim to be a Trump guy.