After reviewing the death of famed actress Natalie Wood Wagner in 1981, the Los Angeles County Sheriff's Department ruled it accidental.

Now authorities are reopening the case, according to an announcement from the department issued late Thursday afternoon.

"Recently Sheriff's Homicide Investigators were contacted by persons who stated they had additional information about the Natalie Wood Wagner drowning," according to the LASD.

Re; post 10 pic.
Few know that Wood always wore the wide band bracelet to cover up a huge bone protruding on her wrist.

Uh-oh... Does this mean Chris Walken and R.J. Wagner might be indicted ?

Why? Is Wagner or Walken a Republican?

Those very wide bracelets are all the rage now.

Natalie, the only Wood that does not float.

A friend of mine’s sister mysteriously “drowned” in Chesapeake Bay back in the the early 90’s.....Fortunately for Unsolved Mysteries, her murderer was eventually found.

You did forget it. It is the wood that doesn't float.

I remember when this was going on the then Los Angeles County Coroner Thomas Naguchi was doing an investigation on the cause of death. He was not satisfied that the death was an accident. The politicians and the Hollywood big wigs got him removed from office so the investigation was stopped. If Thomas is still alive it would be interesting to interview him. So there may be something to the story.

Hers was the kind of beauty that leaves many other ‘beautiful’ starlets looking phony.

She was a pretty good actress—her Maggie in Cat on a Hot Tin Roof was spectacular—but I think she knew her limitations. She didn’t try for roles beyond her ability. I’d say she was an average actress but an amazing star.

OK, we’ve had the ‘wood that doesn’t float’ joke twice on the thread. I have no prob with sick humor, but that joke was lame back then, and it’s really lame now.

Today it seems that we have a bunch of hookers in Hollywood which parallels our culture.

You will do.
Simply one of the most beautiful women of all time

“”her Maggie in Cat on a Hot Tin Roof was spectacular””

That was Liz Taylor - both beautiful women!

That is amazing. I watch UM now and remember many of them from when they first were shown. I am still on the edge of my seat waiting for the word, UPDATE, as I pray for closure for the families.

My best friend was murdered. If someone took an ax and hacked me apart, with parts of my body gone, hunks of flesh torn off, that is what it still feels like 15 years later. The murder of someone close to you, family or friends, is a pain that never goes away, never gets better. You just develop a numbness to the crushed soul, the gaping hole in your heart that never lessens.

I tend to think that if it was your sister that had died 30 years ago and was unsolved, and the cops came forward, saying they could now re-open the case because new evidence came to light, your response likely wouldn’t be to tell them to solve some real crime for a change, no?

I lived in California back in 1981, and this was a huge media story back then.

The “official” story was that Robert Wagner and Christopher Walken were arguing about something. Natalie Wood supposedly got off the yacht and into a dinghy in order to get away from the two men. The yacht was moored near Catalina, I believe.

It was night time, and Natalie Wood is said to have had a fear of the water at night, so I was surprised when it was claimed that she headed off into the night by herself in a dinghy. Natalie’s down jacket is supposed to have contributed to her drowning.

Hope the truth, whatever it is, finally comes out. 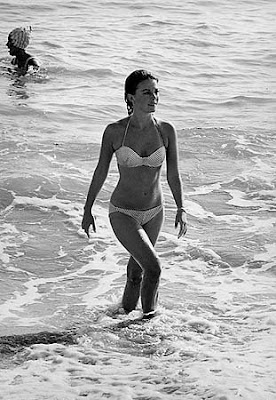