On Saturday I posted a piece noting that obama and democrats were in a state of panic. Now, their stooges in the left media join them in utter panic.

You're going to see the word "deceptive" a lot. 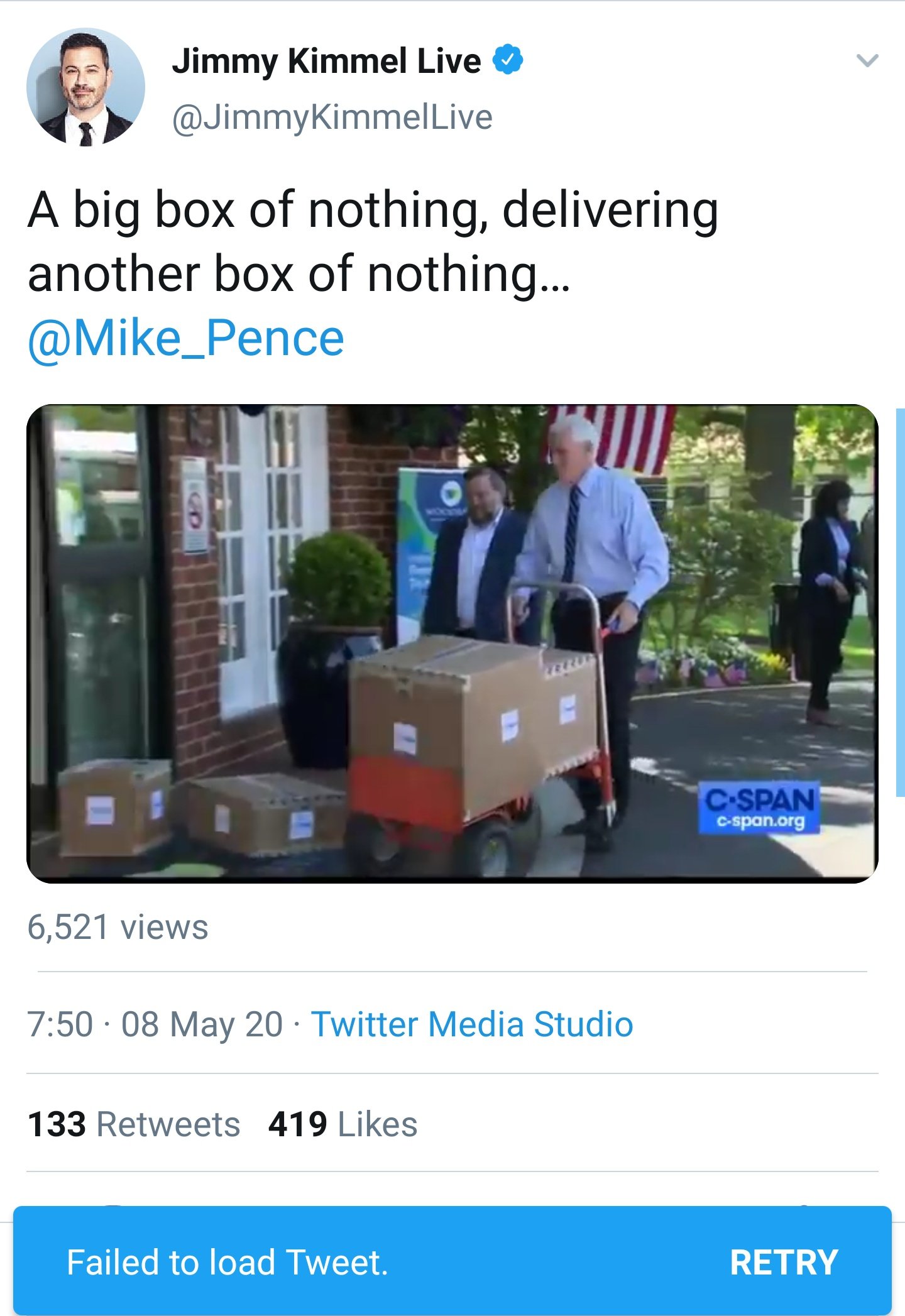 It's a late night show, right? That didn't stop the left wing media from using it as news.

It was retweeted endlessly

And that was just quote tweets, here are some of the people who gave it a straight up retweet: pic.twitter.com/D0j1NQBBxo
Julio Rosas (@Julio_Rosas11) May 8, 2020

Kimmel's video can be seen at Newsbusters. Kimmel later issued a half-assed apology that blamed Pence for Kimmel's deceit.

Kimmel is an ass, but perhaps the most interesting thing is that the left wing media idiots swallowed Kimmel's piece as fact without the least question. Kimmel is now a left wing media news source. That's the level of quality now. Go figure.

Yesterday was a banner day for the mendacious left wing media. "George Costanza" Stelter did his best to shake his viewers off the trail of Obama being directly involved in the plat against Flynn and Trump:

"They’re treating the Michael Flynn story like it's a bigger deal than the deaths of 2,000 Americans a day."@brianstelter rips "right-wing media" for extensive coverage of @GenFlynn and the Russia investigation. pic.twitter.com/I2fNW4whGY
Washington Examiner (@dcexaminer) May 10, 2020

Very disappointed by the deceptive editing/commentary by @ChuckTodd on @MeetThePress on AG Barr’s CBS interview.

Compare the two transcripts below. Not only did the AG make the case in the VERY answer Chuck says he didn’t, he also did so multiple times throughout the interview. pic.twitter.com/PR1ciceMmE
KerriKupecDOJ (@KerriKupecDOJ) May 10, 2020 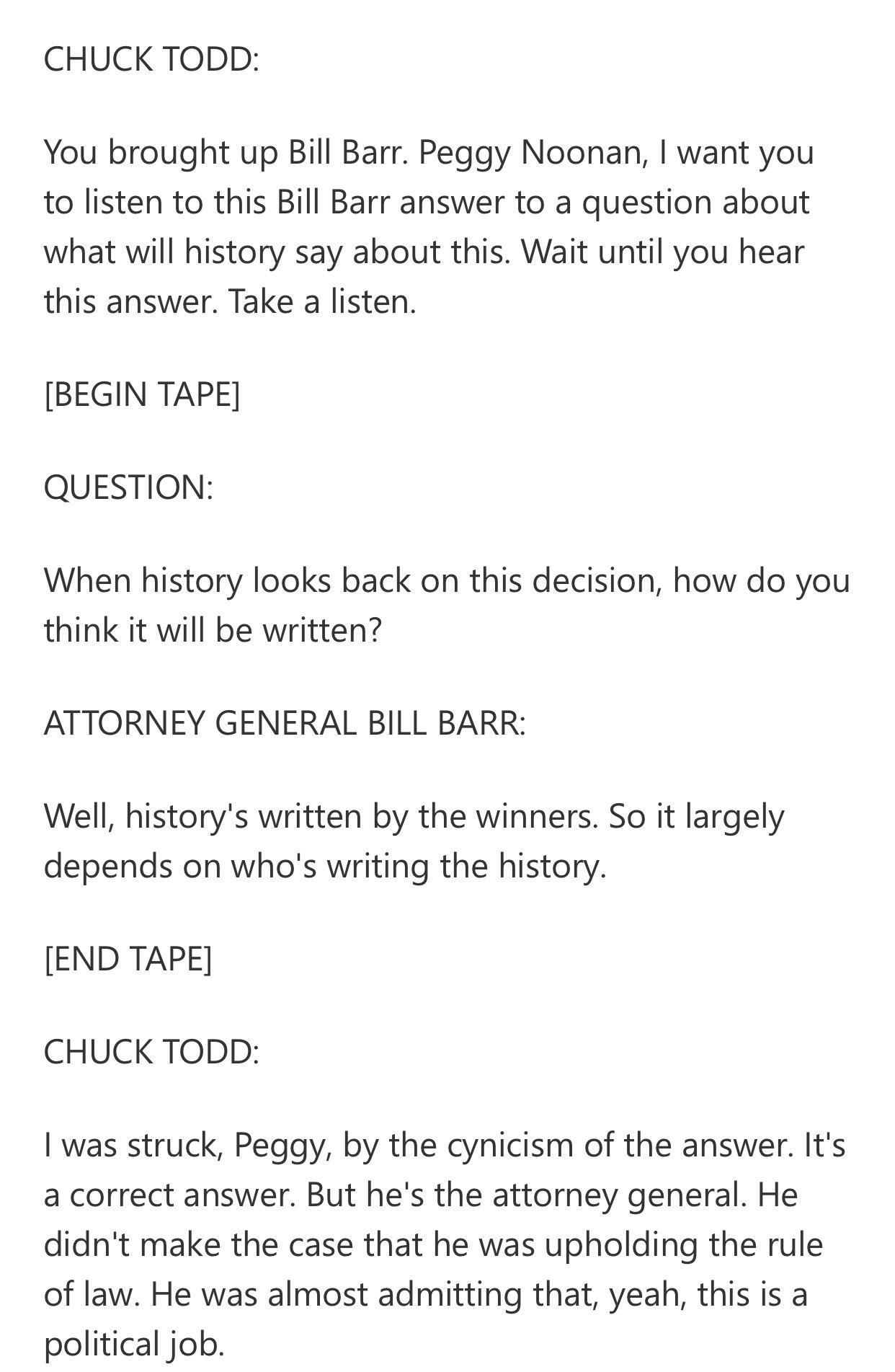 What really was said 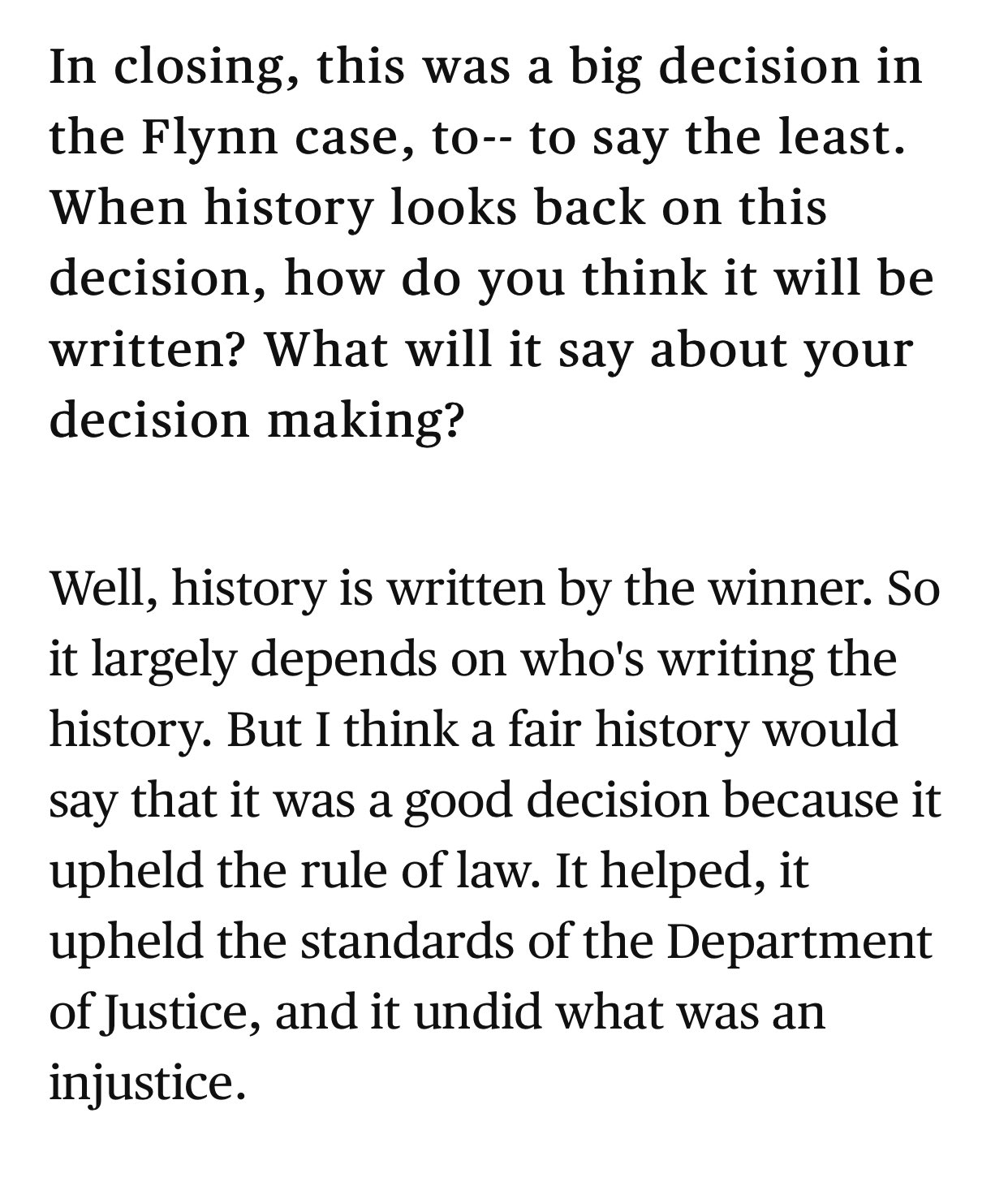 Greg Price put the videos together to demonstrate how slimy Toad was.

Today on Meet The Press, @chucktodd wildly took context out of an answer AG Bill Barr gave about his decision to drop the case into Gen. Michael Flynn.

I cut Todd's segment along with Barr's full answer together. Look at how blatantly dishonest this is. pic.twitter.com/tODOEwL48V
Greg Price (@greg_price11) May 10, 2020

Chuck Todd is and always will be a democrat flack water boy. Later in the day MTP issued an "apology."

You’re correct. Earlier today, we inadvertently and inaccurately cut short a video clip of an interview with AG Barr before offering commentary and analysis. The remaining clip included important remarks from the attorney general that we missed, and we regret the error.
Meet the Press (@MeetThePress) May 10, 2020

Inadvertently my ass. The damage has been done and it is highly unlikely Toad and MTP will retract it on air.

Then last night it was 60 Minutes' turn to lie.

Corrupt lying media - they all do it.

In other words, both the left and the right are over-stating the condition of their respective nemesis.

I only lightly sample the Ministry of Propaganda outlets, but I don’t see panic, I see them continuing with then same pack of lies.

The difference is that the Left is always in a state of panic!
They can’t let their lies be exposed.

Everybody is talking about Democrat and media panic. What a bunch of crap. The Dems are gearing up to steal more elections and money. Nothing ever happens to them.

6 posted on 05/11/2020 12:14:17 PM PDT by Luke21
[ Post Reply | Private Reply | To 4 | View Replies]
To: Starman417
Earlier today, we inadvertently and inaccurately cut short a video clip of an interview with AG Barr before offering commentary and analysis. The remaining clip included important remarks from the attorney general that we missed, and we regret the error.

Classic Soviet era disinformation arm of the government’s intelligence agencies. It’s ok to lie when the lie originated within the government for the purposes of control. We have no independent free media news outlets. The government agencies have placed government agency operatives into the media executive board rooms to run the operations.

“In other words, both the left and the right are over-stating the condition of their respective nemesis.”

It’s getting exhausting. If only there were such a thing as unbiased news.

Panic? No, no panic. The left will dust off their playbook and come up with a new crisis dejour. They might sacrifice a low level underling in the name of justice, but they will not expose the man behind the curtain.

OK! I’ve been reading headlines like this for the past week and I’m going to call it like I see it ...this is a bunch of BS! On the contrary they are loving every minute of this shut down they fear nothing you’re not accountable to nobody so what is there to panic! Every time you see a headline like that forget it ... nothing will happen to Satan Obama nothing will happen to the mediapukes, nothing will happen to the demonic swamp...let’s just put this to rest once and for all! Headlines like this only intention is to get hits, clicks and revenue for sites.. this is nothing but BS! I thought by now we would’ve learned our lessons..only Republicans go to jail lose their wealth their reputations etc. the evil rats on the contrary get exalted pay raises, book deals, TV spot and so on...you name it! There is no righteous justice in this country anymore...example with The truth coming out about Flynn why hasn’t the judge dismissed? you see...It’s dead Jim!

Brian Stelter’s going to have to increase his Twinkie supply.

I rely more on the Babylon Bee for real news than the current media idiots.

I don’t see panic. I would say this.... we’ve been hearing tic toc and indictments coming and all that jazz for about 2 years now. If it is EVER going to happen... it will be between now and the election.

And I believe THAT is the point.

I will go back the SNL in the early days with Chevy Chase portraying Gerald Ford as a clumsy, bumbling idiot.

Precisely. And so, most will finally just turn away for more satisfying, less frustrating pursuits. A desired outcome.

WE must exhaust THEM.

We need to join, fund and be active in varieties of groups that will do that.

We need to use ridicule on them. Constantly. Go hard emo.

One thing proggies CANNOT tolerate is ridicule. EVER.