Let's not give Nancy Pelosi and her obviously filled-with-hate, malicious and malevolent band of America-and-constitution-hating thugs the last word

As if it never happened!

* Ab Initio - ” translates as “from the beginning.” (Initio is a form of the noun initium, meaning “beginning,” which gave rise to such English words as initial, initiate, and initiative.) Ab initio...is also used as an adjective meaning “starting from or based on first principles”...

No, it’s the exact opposite.

You can’t nullify the house vote. You could dismiss the charges without weighing in on them.

But it’s far better to weigh in with an acquittal.

Trump will forever be acquitted. And this impeachment will be a stain on Pelosi forever.

No. To the extent it matters at all (most Americans see this entire process for the political exercise it is), an acquittal is better than a dismissal.

so, if the House flips to Repub...can it “recall” the impeachment?

The next republican house could expunge the impeachment on the grounds that it was illegal interfering in an election year.

Just acquit and wrap this up, people.

Try being too smart by half when you are the one having this done to you, and let us in on how it went.

It would be nice if they acquit and say something like the charges were unsubstantiated by any evidence.

And then begin proceedings to remove the Democrat House members who participated in the impeachment scam. The ones that haven’t been voted out of office already.

Exactly. The Constitution is very clear. Trump was impeached by the House. Nothing the Senate can do about it.

Ab Initio might be a legal term. But it’s not a Constitutional term. 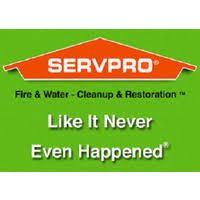 That is until the next impeachment hoax by the Democrats.

Trump will forever be acquitted. And this impeachment will be a stain on Pelosi forever.

IMHO the stains will come from:

16 posted on 02/03/2020 2:42:18 PM PST by conservatism_IS_compassion (Socialism is cynicism directed towards society and - correspondingly - naivete towards government.)
[ Post Reply | Private Reply | To 2 | View Replies]
To: DannyTN
My understanding is the House voted for an impeachment trial 3 times and failed 3 times, then simply announced the "inquiry" at a presser. Thus why all subpoenas issued by the House were invalid.

Even if acquittal is 'politically' better, I believe the entire show was nothing more than the tantrum of a drama queen party with no legal standing.

A coup dressed up in drag queen clothing.

Further, I suspect a finding of 'null and void ab initio' could provide a path to finding these drama queens guilty of sedition and treason by way of a coup attempt with the resulting consequence.

More “Dismissed due to incompetence!”