The FBI is investigating anti-fascist activists for an alleged plot to buy guns from a Mexican cartel in order to “stage an armed rebellion” at the southern border, according to an unclassified document obtained by The Chicago Tribune.

The FBI document, from December of 2018, warns of militant antifa activists planning to “disrupt security operations” at the U.S.-Mexico border. The group allegedly planned to buy guns from a Mexican cartel associate known as Cobra Commander, in order to “stage an armed rebellion at the border.”

The source who provided it to the San Diego Tribune asked the outlet not to publish the six-page document because the investigation is ongoing, and the outlet cited two additional law enforcement officials who confirmed the news. The FBI has warned dozens of law enforcement agencies in both Mexico and the United States of the alleged plot.

Two of the men named in the report told the San Diego Tribune the allegations are absurd.

“It doesn’t make any sense that someone from the United States would purchase guns in Mexico,” Ivan Reibeling, the man known as Cobra Commander, told the outlet. “And the Hondurans certainly didn’t bring money to buy guns. It doesn’t make any sense; in fact it’s extremely absurd to say the Hondurans wanted to attack the United States at the border.

A better bet is the *FBI* sold them the guns.

I’d sooner believe THAT about this pack of dishonorable, low-life scumbags.

As much as I would like to se ANTIFA get what’s coming to them, many of these FBI stings are just entrapment schemes.

Those would have been Eric Holder's Fast 'n Furious guns from the good ole USA.

Fast and Furious in reverse...

That would be interesting to see.

Are these the same guns run to the cartels by Eric Holder?

Going to a cartel?

Seems like there’d be plenty of business in the states for guns but who knows?

Though I’m quite sure there re ANTIFA folks who want to do this.

10 posted on 04/29/2019 8:01:16 PM PDT by dp0622 (The Left should know if.. Trump is kicked out of office, it is WAR)
[ Post Reply | Private Reply | To 4 | View Replies]
To: MNDude
Hondurans certainly didn’t bring money to buy guns. It doesn’t make any sense; in fact it’s extremely absurd to say the Hondurans wanted to attack the United States at the border.

People that make 50 cents a day had to make some kind of bargain to get into the US. The cartels do nothing for free.

I have said in a few posts here, that several groups of military aged men are wandering openly around southern Arizona. They have no visible means of support but they appear to be "kept".

When will Antifa be investigated for what it is: a conspiracy to commit violent crimes?

Here, in the weapons Mecca of the planet, these losers are buying guns from the Messkins? Clueless.

Invade THEIR homes at 4 AM with swat teams , dogs and armored personnel carriers. Put THEM in solitary and ruin their lives. DO IT NOW!!

Since antifa is a hardline communist paramilitary which has been around since the thirties at least, my heart doesn’t bleed if it’s entrapment.

But the odds are pretty good that if there is any entrapment going on it is an attempt to catch Obama loyalists within the FBI aiding antifa. 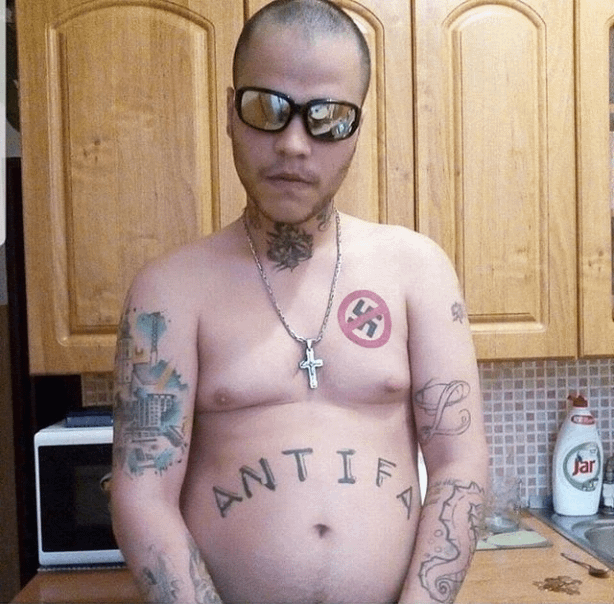 "Stop, you're scaring me." -Ken Lane upon seeing this pic

AntiFa has to go to Mexican drug cartels to get guns.

You want to start a rebellion? And you are buying guns now? lol. OK your side can buy guns and learn how to use them. Our side will just open our gun safes.