The liberals trust Mueller and Rosenstein. Think about that.

Should I be ready to offer my congratulations,
or my condolences?

LOL. I’d tell you to give him hell, but you’re arguing with your own post!

And the entire Q crap is a sick, stupid, puerile HOAX, yet you've manged to fall for ALL of it, as though it was HOLT WRIT, directly sent to you from GOD Himself. LOL

We'll all find out together. 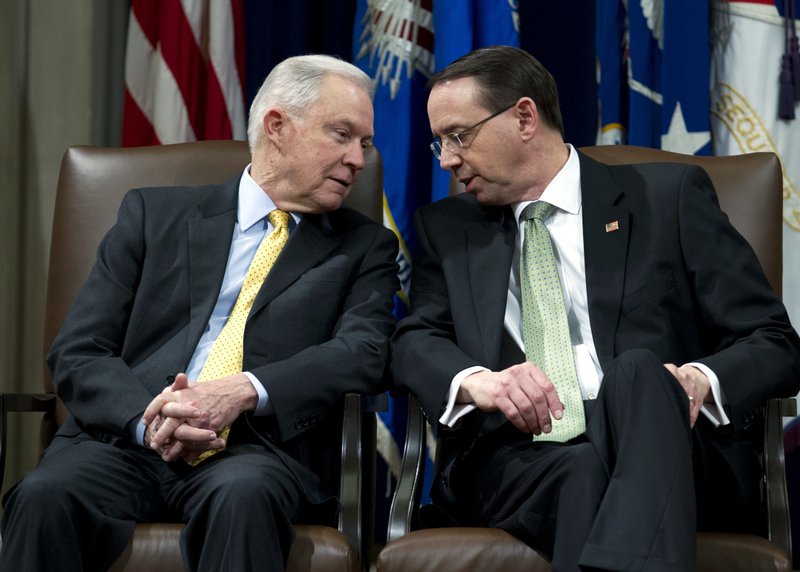 Jeff: You complete me.
Rod: You had me at hello.

It’s another thing entirely to post a thread based on that psychotic break.

After obvious and easy to document abuse of power at the IRS, DOJ, FBI, CIA, State Dept and White House we have yet to get anyone anywhere near to being convicted.


No one has been charged with a crime. Not one crime. You can’t have a conviction without a charge. Also, sounds like Mueller. Should have a SC without a crime listed!

Sessions recuses himself, Rosenweasel tells Trump to fire Comey, Trump fires Comey, Rosenweasel appoints Mueller because Trump fired Comey. Now I see! We all owe you for helping us understand how this helps Trump drain the swamp. Are you keeping Mueller’s white hat status a secret for a reason? If its a secret between Sessions, Rosenweasel, Mueller, Trump and you we get it.

Perhaps Nunes is playing HIS role?

Is the resident Sessions butt licker having a nervous breakdown?
You seem to be in panic mode tonight.

Sessions long ago screwed Trump when he recused himself.
And Trump was thrown to the wolves for a year and a half.
And the wolves are still hunting today because of Sessions.

It seems like one heck of a stretch to me. If the FBI and DoJ are heavily infiltrated by appointees and hires from Slick Willie’s reign and 0blahblah’s residency I don’t see how it would be possible to secure the enormous number of documents and the dozens of personal interviews needed without someone leaking the existence of this under-the-radar investigation.

For opposite reasons both the left and the right would love to know about it and trumpet the news far and wide. I would love to be wrong about it but I would be absolutely gob struck if something so massive and so controversial has been kept a secret in D.C.

I’m not a Sessions basher, but like anyone else would, he has an interest in protecting the institution he is the head of, that might be at odds with Nunes responsibility, which is investigation and correction of institutional abuses in his area of concern.

Nunes, Goodlatte, and Grassley play a little game of forcing bits of truth into the public domain. These bits unravel the hidden story and provide impetus for action.

I don’t follow how Nunes is ruining everything and allowing the Deep State to walk by demanding confirmation of information he apparently believes to be significant? Please explain. I speculate that Nunes knows the answer, that there is no reason to hide it, and much benefit to exposing it.

Take Christopher Steele, Alexander Downer, or the murky London professor who worked Papadopolus. Let’s say hypothetically that any or all of these were revealed to have been agents of the US IC or seconded to the US by a “friendly” foreign service during the time they “helped” gather and peddle anti-Trump dirt. Would that prevent prosecution of corrupt US officials? Would it radically change public perception of what has been going? But the US AG has a genuine institutional interest in not revealing such connections, because of the chilling effect on other agents and the embarrassment to their “friendly” governments. I don’t blame Nunes for pushing or Sessions for resisting.

56 posted on 05/06/2018 7:07:21 PM PDT by Chewbarkah
[ Post Reply | Private Reply | To 1 | View Replies]
To: Extremely Extreme Extremist
I hope you are right, but the fact that he reclused himself from the Russian Collusion issue makes me very doubtful.

Going against the Klan is one thing, going against your own buddies in the Deep State is another.

A burro and a burrow:)

E, I am kind of fence sitting on Sessions. I know everyone says he is doing nothing. But, I see President Trump friendly with him at Easter egg hunt with grandkids. would expect a little animosity. Now, Congressman Nunes is threatening Sessions.

Could this be like an advertising ploy? The left is thrilled the pubbies are eating their own. Then, AG Sessions is “reluctantly” forced to turn over information. Lo and behold, it bites the left in the butt again. Every time they force information to be released, it creates lots of press and more deep state resign or are fired. Has any forced releases hurt Trump people? I don’t know about 3D chess, but they could be playing “bluff”.

We had Comey memo, McCabe lies, the lovers text messages (all threatened disclosures, it seems) but I have not seen damning on The Don.

Much is being done in the background, so we shall see how it plays out. Looks like Muellar has more issues to deal with than Flynn or Manafort had. He has a little ’splaining to do to the Judge.