:: Scary thing is to look back ten years and know how many of these events were acually DS or c_A ops. ::

I’ve been cautioning about that for over a year. That is one of the things I believe Trump (may re-election be upon him) will reveal when SHTF.

Many good people will be incredulous and won’t be able to process this information. That is one of the reasons Q has recruited the Anons (and, vicariously, us) to help them.

We won’t care about the ooze left behind by the Splody Heads. They are beyond help.

.@JussieSmollett - what about MAGA and the tens of millions of people you insulted with your racist and dangerous comments!? #MAGA

Yet many right-leaning “journalists” don’t ask about it? Radio silence from Rush, Hannity, SCarter, JSolomon, LLoomer, LLogan, SAtkisson...even our very own and friendly LS is mute on the subject.

Why? Did Obama’s perceived in-eligibility (and subsequent media cover-up) cast THAT big a shadow?

No courtesy ping to liars.

102) My guess on which events have been completed. pic.twitter.com/FtccV4Th33— Praying Medic (@prayingmedic) February 20, 2019

"So it seems to me he’d be a prime candidate to start singing and throw some people under the bus. I doubt he’d hesitate so long as there was something in it for him (like a reduced sentence). Maybe he’s already finished singing."

"If Booker, Harris, & Mad Max were behind this, do you think they’d have spoken to him directly? Or do you think there was a middleman so they could have plausible deniability? OTOH, I don’t believe those 3 losers together are bright enough to power a 5 watt bulb. They are also not the ones who cooked up the idea of the anti-lynching bill. There is someone higher up the food chain who is behind it all."

Like I said, this latest hate crime fraud has "Community Organizer" all over it. You know Zero is scared and must be getting desperate.

1,707 posted on 02/21/2019 8:25:08 AM PST by Spitzensparkin1 (Arrest and deport illegal aliens. Americans demand those jobs back! MAGA!)
[ Post Reply | Private Reply | To 1460 | View Replies]
To: meadsjn
Mueller could release his report any day. I'm guessing the OIG report will get released while AF1 is airborne.

Q said (I forget the drop) that when the big drop comes POTUS will be safe-out of the country or on AF1...so yeah, next week looks big. BUT...I've said THAT before. 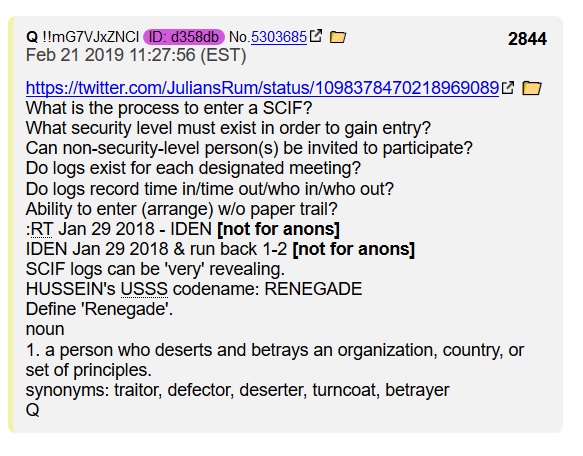 If true, and smollett’s nutz are in a vise, he’ll give ‘em all up. or kill himself in his cell.

Took literally 3 seconds to find the transcript from 2/19. https://www.supremecourt.gov/oral_arguments/argument_transcript/2018

Clicking on that, Justice Ginsberg asked a question very quickly in the argument. She’s alive and kicking, folks. That baby blood really works.

Leftist usually drop whatever they don’t want to be seen on Friday afternoon. Stands to reason they won’t want Mueller report seen.

(not posting to you, pgkdan) 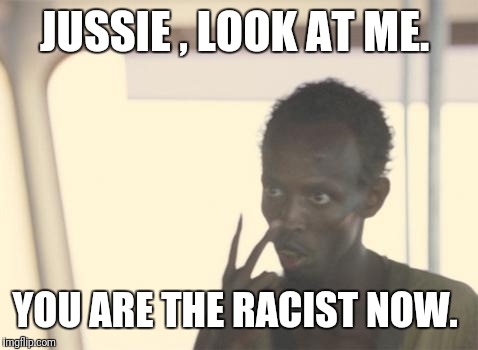 Either or both works for me.

That bums me out. I liked those guys when I was a kid.