I’ll have internet. Ollie is staying home as is my dying girl, Bella. I’m going to sleep like a baby on Johnson&Johnson Valium for Children.

I really wish people in authority were honorable. I don’t relish what may be coming. Those reactions from Laura and Jeb Bush were so disturbing. I can’t imagine what they read but as inept as I think Jeb is I don’t want to think he is some crook. Laura Bush, I don’t know. Not really rejoicing over the prospects ahead but truth needs to be shared.

I believe the SEAL is real. He could probably document his particulars extensively with tons of awards. He strikes me as a very authentic patriot just clueless about Q. And, he's very averse to a false positive error so demands extensive laboratory level proof of anything unusual. That's a big blind spot, in my view.

must have been a twitter title that I copied with that link. I get stuff from twitter and bring it over,..glad you read the article!

1,724 posted on 12/06/2018 8:18:41 PM PST by bitt ("Let justice be done though the heavens fall".)
[ Post Reply | Private Reply | To 1683 | View Replies]
To: greeneyes
Hence the advice to catch the kids being good and ignore bad behavior, unless harm to self or others would result. A wise Chemistry teacher told me that High School kids and Adults are really at heart no different than Kindergarten kids. It turned out to be very true. LOL

“””I’ll have internet. Ollie is staying home as is my dying girl, Bella.”””

Hadn’t wanted to mention Bella because I thought it would be bringing up more pain. What can I say? Just know we dog lovers, or pet lovers, are with you in spirit during this time.

Safe travels. Join us when you can. Nite :(

wild vid of those arrests!

If my gov’t tried to raise gas prices that high for “climate change”, I’d be right in there with tham!

That’s one of the things they are after in the trafficking, as I understand it. Right? What evil has been growing right under our blind eyes.

I think I need to get to reading your series TEXOKIE... AI and human blood.. It boggles my mind. Maybe it is time to understand it better.

Of course, Satan would want to rob us of our lives. And the life is in the blood. Ooooo... If we continue further down that path, I don’t know how God can delay...

As it was in the days of Noah, so shall it be at the coming of the Son of Man. Such evil was present in a corrupted mankind, that God sent the flood, but Noah’s line was ok... and he wa spared.

These are the things that keep men awake at night. The horror of it all. Q says we will choose to know. I feel myself wavering. Does it help to know, except to further expose it? I have read that one needs a holy protection over one’s mind when dealing with this depth of evil....

1,729 posted on 12/06/2018 8:25:39 PM PST by musicnart
[ Post Reply | Private Reply | To 1703 | View Replies]
To: outinyellowdogcountry
hose reactions from Laura and Jeb Bush were so disturbing. I can’t imagine what they read but as inept as I think Jeb is I don’t want to think he is some crook. Laura Bush, I don’t know. Not really rejoicing over the prospects ahead but truth needs to be shared.

All you need to know about them is that they all preferred Hillary to Trump. That tells us everything about their morals, their character, their love of country, their conservatism. 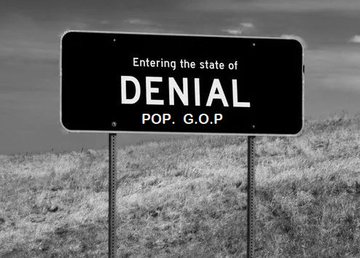 microfilm or these days a miniSD card could be hidden in the core of a hard candy.

"The NYPD is investigating a bomb threat near CNN NYC's office at Columbus Circle," Stelter wrote. "Due to the threat, the office has been evacuated. Right now CNN is airing taped programming due to the disruption."

The area -- around 59th Street and Central Park West in midtown Manhattan -- was closed to vehicle and pedestrian traffic while authorities investigate, police said, adding that a bomb squad had been called in.

1,735 posted on 12/06/2018 8:32:56 PM PST by StormFlag (May the Light shine and darkness remove, MAGA)
[ Post Reply | Private Reply | To 1733 | View Replies]
To: All
The submission also cites an interview its investigators conducted with Andrew Kessel that quotes the foundation’s longtime chief financial officer as saying he was unable to stop former President Clinton from “commingling” personal business and charitable activities inside the foundation and that he “knows where all the bodies are buried.”

The infamous heretofor unidentified Clinton Foundation whistleblower? He would totally be a good one. The top dude, eh?

Tell us somethin' we don't know.

Thursday, December 36, 2018
8:35 PM PDT
Swordmaker —Senior Editor
Cat's Pajamas, CJ Wolf, Davey Crocket, KitJ, StormFlag, TexOkie— Associate Editors
SKIP READING
THIS LEXIQON UPDATE
If you would like to be added or removed from the LexiQon Update Notification List, Click Below:
Freepmail Swordmaker.
To explore the Qomplete up-to-date LexiQon,
Qlick on the Q iQon above.
109,825 WORDS.
The equivalent of ~518 printed pages.
Link to List of Notable Resignations
Q Says We Should Watch
IMPORTANT NOTICE
It turns out there is a very good reason why Q
is always saying to re-read the “crumbs” or Drops!
THEY’VE CHANGED! Future DOES affect the Past!
PLEASE VOLUNTEER!
The LexiQon needs editor FreeQs to compare sections of the
LexiQon with the referenced Q drops in the Aggregator Site used to
find anything that may have been amended by Q since the Drop was first put up.
If you can help, please Freepmail Swordmaker so a section of the LexiQon can
be assigned so no FreeQs are duplicating another’s efforts. Thanks! — Swordmaker
.
LexiQon index/
Improved LexiQon Navigation!
Jump Instantly Between Each LexiQon Section!
Symbols & Numbers
A B C D E F G H I J K L M N O P Q R S T U V W X Y Z
Government Officials
who have been fired, resigned,
or who are not seeking re—election
END
Today’s revisions and additions: Revisions and Additions made In the Last LexiQon Update:
CLICK HERE TO SKIP YESTERDAY’S
UPDATES IF YOU’VE ALREADY READ THEM.
1,738 posted on 12/06/2018 8:36:12 PM PST by Swordmaker (My pistol self-identifies as an iPad, so you must accept it in gun-free zones, you hoplaphobe bigot)
[ Post Reply | Private Reply | To 5 | View Replies]
To: Swordmaker

After doing the LexiQon for almost a year, I found that it was taking too much of my time and I was getting burn out. . . add the Democrats outright theft of the House and I was quite depressed. So I decided I needed a timeout for a while, a vacation from doing it. I cheated a bit and peeked, but I could not do the in-depth research or posting required or even reading of the Q threads. . .

I now feel rested and relaxed after spending time just reading for pleasure and thinking.

Welcome back Swordy! Missed you.