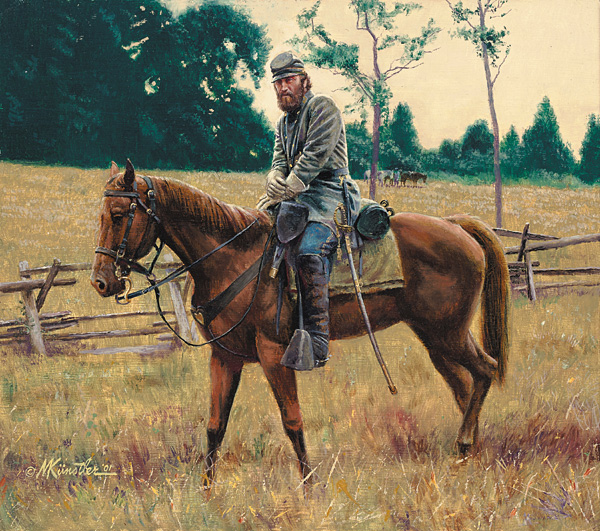 Southern by the grace of God.
I am a military historian whose favorite topics are the Civil War and the naval battles of World War Two.
An avid sci-fi fan, I like all things Star Wars as well as the novels of David Weber, C.S. Friedman, C.S. Lewis, J.R.R. Tolkien, and many others.

"No one's life, liberty or property is safe while Congress is in session." - Mark Twain

"Except for the occasional heart attack, I never felt better." - Dick Cheney

"Try to leave this world a little better than you found it and, when your turn comes to die, you can die happy in feeling that at any rate you have not wasted your time but have done your best." - Lord Robert Baden-Powell

"Adversity has the effect of elicting talents, which in prosperous circumstances would have lain dormant," - Quintus Horatius Flaccus

"If a man neglect to enforce his rights, he cannot complain if, after a while, the law follows his example." - Chief Justice Oliver Wendell Holmes

"I would say that my position is not too far from that of Ayn Rand's; that I would like to see government reduced to no more than internal police and courts, external armed forces - with the other matters handled otherwise. I'm sick of the way the government sticks its nose into everything now." - Robert Heinlein

"The essence of war is violence. Moderation in war is imbecility." - Admiral Sir John A. Fisher

"There are those who don't understand military rituals. Some even ridicule them. I feel pity for those people." - Sergeant Mel Butler, US Army

"Arms discourage and keep the invader and plunderer in awe, and preserve order in the world as well as property...Horrid mischief would ensue were the law-abiding deprived of the use of them." - Thomas Paine

"People in large masses may as well be sheep. Their collective intelligence drops to that of the weakest-minded member of the group. They bleat, they panic, and are easily herded to safety, or to the slaughter." - Alan Gunn

"The real destroyer of the liberties of the people is he who spreads among them bounties, donations, and benefits." - Plutarch

"There is nothing more frightening than ignorance in action." - Johann Wolfgang von Goethe

"It doesn't require a majority to prevail, but rather an irate, tireless minority keen to set brush fires to people's minds." - Samuel Adams

"The exquisite, gut-wrenching, beautiful, painful, joyful sorrow I feel when I look at the ways of my people makes me want to soar like an eagle, or kill myself; depending on what day it is." - Michael James

Over the years, many have attacked and maligned the United States over its foreign policy. Here is one of the finest replies to these maligners:
"It was not soft power that freed Europe. It was hard power. And what followed immediately after hard power? Did the United States ask for dominion over a single nation in Europe? No. Soft power came in the Marshall Plan. Soft power came with American GIs who put their weapons down once the war was over and helped all those nations rebuild. We did the same thing in Japan."
"Our record of living our values and letting our values be an inspiration to others is clear. Americans don't have anything to be ashamed of, nor do we feel the need to apologize for. Not our "image" or what America has done for the world."
"Over the years, the United States has sent many of its fine young men and women into great peril to fight for freedom beyond our borders. The only amount of land we have ever asked for in return is enough to bury those that did not return." - Secretary of State Colin Powell

Imperial German General Paul Emil Von Lettow-Vorbeck, the commander of German forces in East Africa, leads his surviving men in a parade through Berlin in 1919. The only German colonial force to survive the entire war, they were also the only German force to invade British territory. Years later, he told Hitler to take a long walk off a short pier.

Confederate Sergeant Richard Kirkland, the Angel of Marye's Heights, comforts a wounded Union soldier at the Battle of Fredericksburg.

In memory of the men of USS Houston and HMAS Perth, who went down with their colors flying and their guns blazing in the Sunda Strait on the morning of March 1, 1942.

The poem "The Bivouac of the Dead" was written by Kentuckian Theodore O'Hara to commemorate the many Kentucky dead from the Mexican-American War.

Following the massacre of nearly five hundred Kentucky militiamen after they surrendered at the Battle of the Raisin River, thousands of Kentuckians volunteered for service in the War of 1812, culminating in their epic charge that shattered the heavily fortified British lines at the Battle of the Thames River in Canada. 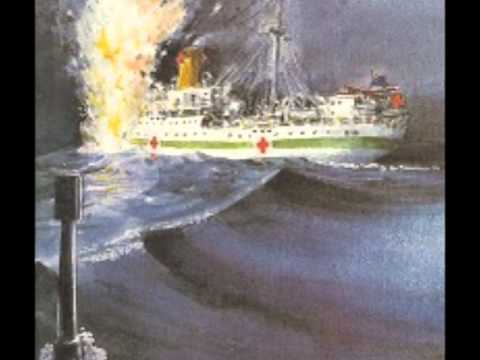 In memory of the men and women of the Australian Hospital Ship AHS Centaur, torpedoed and sunk by the Japanese submarine I-177 off Queensland on May 14, 1943 with the loss of 288 of 332 onboard.

"Take her down!" Early on the morning of February 7, 1943, the US submarine Growler was making a surface attack on a Japanese convoy when she accidentally rammed the gunboat Hayasaki, which opened fire with a heavy machine gun, killing two and wounding three others, including Commander Howard Gilmore. As the other two wounded men were helped to safety, Gilmore spotted the Japanese crew manning a heavy cannon. Realizing that there was only one chance to save his crew, Gilmore shouted to his executive officer to dive, leaving him to perish in the cold waters of the Pacific. For his actions, Commander Howard Gilmore became the first submariner to be awarded the Medal of Honor and his last command has become iconic within the submarine community worldwide.

visited 29 states (58%)
Create your own visited map of The United States or website vertaling duits?