Control in Private Hands Able to Dominate Every Nation on Earth

"In addition to these pragmatic goals, the powers of financial capitalism had another far-reaching aim, nothing less than to create a world system of financial control in private hands able to dominate the political system of each country and the economy of the world as a whole. This system was to be controlled in a feudalist fashion by the central banks of the world acting in concert, by secret agreements arrived at in frequent private meetings and conferences. The apex of the system was to be the Bank for International Settlements in Basle, Switzerland, a private bank owned and controlled by the world's central banks which were themselves private corporations. Each central bank, in the hands of men like Montagu Norman of the Bank of England, Benjamin Strong of the New York Federal Reserve Bank, Charles Rist of the Bank of France, and Hjalmar Schacht of the Reichsbank, sought to dominate its government by its ability to control Treasury loans, to manipulate foreign exchanges, to influence the level of economic activity in the country, and to influence cooperative politicians by subsequent economic rewards in the business world."

- Carroll Quigley in his book Tragedy and Hope: A History of the World in Our Time


Another quote from Tragedy and Hope:

"The substantive financial powers of the world were in the hands of these investment bankers (also called 'international' or 'merchant' bankers) who remained largely behind the scenes in their own unincorporated private banks. These formed a system of international cooperation and national dominance which was more private, more powerful, and more secret than that of their agents in the central banks. this dominance of investment bankers was based on their control over the flows of credit and investment funds in their own countries and throughout the world. They could dominate the financial and industrial systems of their own countries by their influence over the flow of current funds though bank loans, the discount rate, and the re-discounting of commercial debts; they could dominate governments by their own control over current government loans and the play of the international exchanges."

"The real truth of the matter is, as you and I know, that a financial element in the large centers has owned the Government ever since the days of Andrew Jackson."

"Since I entered politics, I have chiefly had men's views confided to me privately. Some of the biggest men in the United States, in the field of commerce and manufacture, are afraid of somebody, are afraid of something. They know that there is a power somewhere so organized, so subtle, so watchful, so interlocked, so complete, so pervasive, that they had better not speak above their breath when they speak in condemnation of it."

- Woodrow Wilson in his book The New Freedom

Have we crossed the line into their new order already?

If their new order is modeled after George Orwell's "1984" then no - we are not yet living under complete despotic rule, but if their new order involves turning us into willing and compliant serfs as in Aldous Huxley's "Brave New World" then yes - we are living in a world of their creation, and for the majority of us, we are doing so quite happily.

"Within the next generation I believe that the world's rulers will discover that infant conditioning and narco-hypnosis are more efficient, as instruments of government, than clubs and prisons, and that the lust for power can be just as completely satisfied by suggesting people into loving their servitude as by flogging and kicking them into obedience." 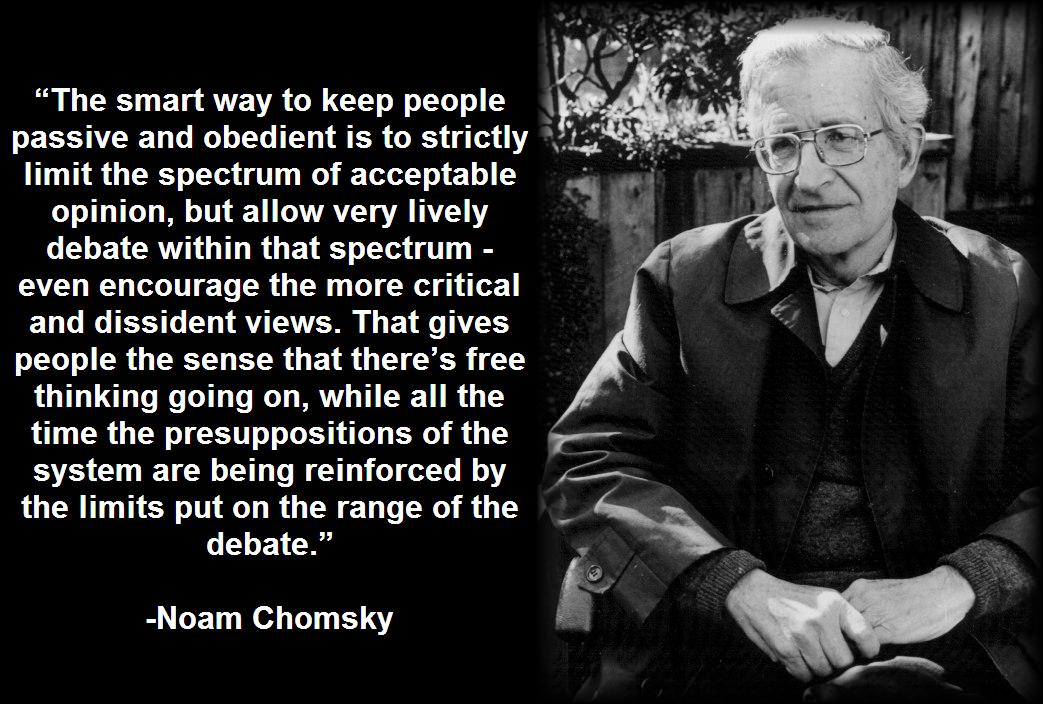 
"The real rulers in Washington are invisible, and exercise power from behind the scenes."


"We shall have world government whether or not you like it, by conquest or consent."


"The drive of the Rockefellers and their allies is to create a one-world government combining supercapitalism and Communism under the same tent, all under their control... Do I mean conspiracy? Yes I do. I am convinced there is such a plot, international in scope, generations old in planning, and incredibly evil in intent."

— Congressman Larry P. McDonald, 1976
killed in the Korean Airlines 747 that was shot down by the Soviets

"We hold these truths to be self-evident, that all men are created equal, that they are endowed by their Creator with certain unalienable rights, that among these are life, liberty, and the pursuit of happiness. That, to secure these rights, governments are instituted among men, deriving their just powers from the consent of the governed. That, whenever any form of government becomes destructive of these ends, it is the right of the people to alter or to abolish it, and to institute new government, laying its foundation on such principles, and organizing its powers in such form, as to them shall seem most likely to effect their safety and happiness."