It’s not for The Idiot Biden to decide what I need to defend myself.

His idea of firing off both barrels of a shotgun leaves one defenseless.

Yeah, I’m for that. Imagine how heavy that would be?

Oh yeah, THAT is a man you want to have in charge!

Then he fondled a small child and his teeth fell out.

11 posted on 11/11/2019 6:51:43 PM PST by Texas Eagle (If it wasn't for double-standards, Liberals would be have no standards at all -- Texas Eagle)
[ Post Reply | Private Reply | To 1 | View Replies]
To: Tolerance Sucks Rocks
People like Biden are either a liar or ignorant when it comes to the Constitution!

The vast majority of people who believe that the government has the right to regulate gun ownership by passing new laws ... have a poor understanding of our Constitution!

What both sides fail to understand is that the Second Amendment grants no such right, in fact, the Constitution grants no rights at all!

What the Constitution does do is identify what powers the people grant to the government.

That is why Marxists, Socialist, Progressive Democrats, et al. have such a disdain for our Constitution ...
It is a limitation on Government not a limitation on We The People.

Read the Second Amendment closely.
Nowhere does it state that the people have a right to bear arms but rather that the government cannot infringe on that right.

The framers of our Constitution believed that our right to bear arms is a natural right , not a right to be given to us by government.


A well regulated militia, being necessary to the security of a free state, the right of the people to keep and bear arms, shall not be infringed.

That’s it, that is the whole 2nd Amendment. Where does it say that the government gives us any right? It doesn’t, it only says that the government cannot infringe on this right. And when the often used argument arises that we will all be safer if we pass (another) gun law .. I am reminded on how our nations leading members at the time would respond to that ..

"No free man shall ever be debarred the use of arms.”
(Thomas Jefferson, Virginia Constitution, Draft 1, 1776)

(Put another way: I prefer the tumult of liberty to the quiet of servitude..)

“Before a standing army can rule, the people must be disarmed, as they are in almost every country in Europe. The supreme power in America cannot enforce unjust laws by the sword; because the whole body of the people are armed, and constitute a force superior to any band of regular troops.”
(Noah Webster, An Examination of the Leading Principles of the Federal Constitution, October 10, 1787)

“The Constitution shall never be construed to prevent the people of the United States who are peaceable citizens from keeping their own arms.”
(Samuel Adams, Massachusetts Ratifying Convention, 1788)

There are a ton more references that can be found but the following sums it all up rather nicely ...

Well just about any magazine with ten pages or more, can hold up to 100 (paper) clips.

That must be what he was talking about, because nothing else makes even a smidgen of sense.

Wonder how many shells his double barrel holds in its magazine? Also does he know the difference between a magazine and a clip? Or double stack, single stack, or tube type? Lastly do I slide the cartridge down the barrel if it’s a muzzle loader? It’s a good thing stupid doesn’t disqualify you from breathing in Joe’s case. Sheesh.

Well, at least he’s not asking to ban weapons that can kill a person multiple times.

They won't be around much longer....

I have a suitcase that holds a 100 clips. It also holds 100 magazines - usually Hot Rodder or Street Custom ;’}

Appears as though I’ll have to invest in belt-fed ‘clips’. Sure helps when a moron, surrounded by idiots, attempts to lecture the public on firearm capabilities. 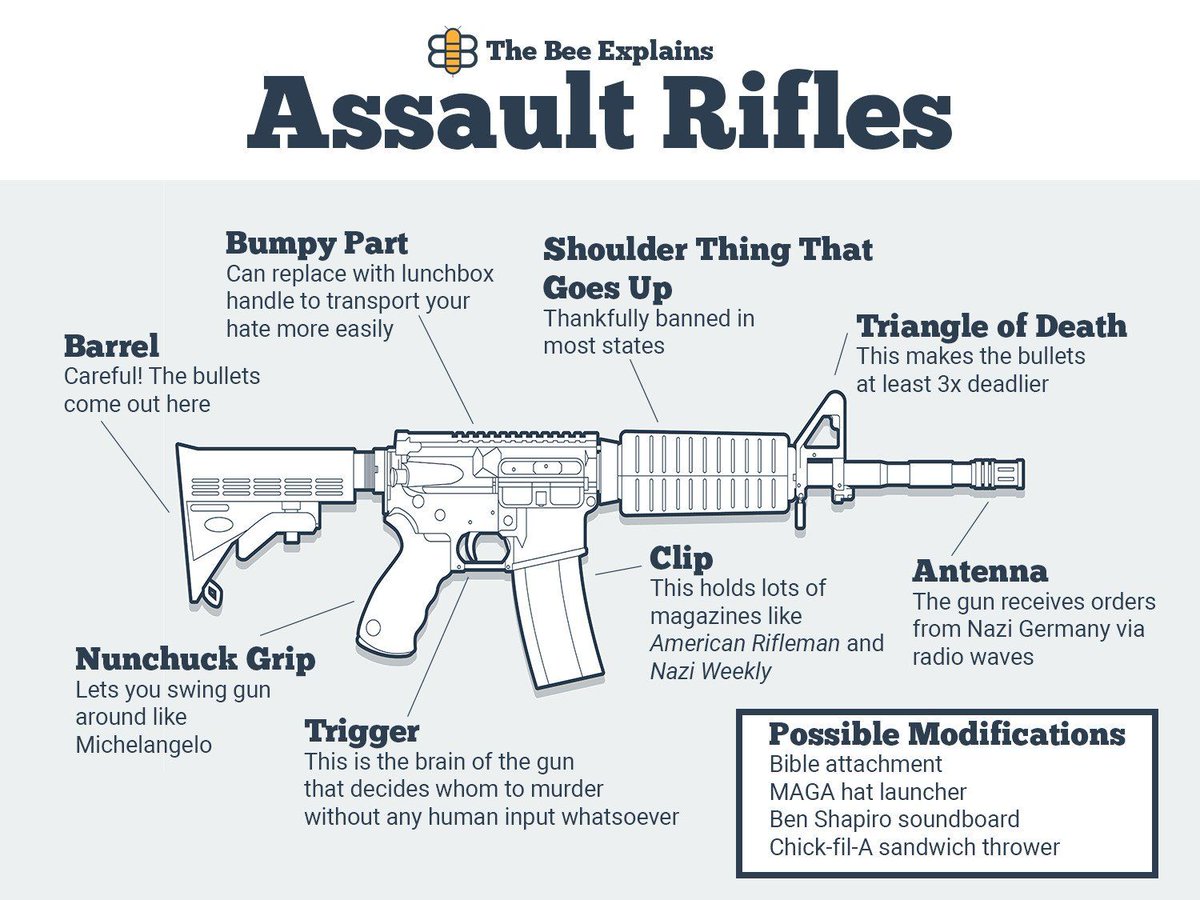