Seems that all the “insteads” simply mean every man should learn to be a wuss. No thanks. Liberal bs.

Beer required grain and that was the beginning of agriculture.

Neither the glass bottle nor aluminum can were invented yet, so while our early humans were sitting around waiting for them to be invented, they just stayed close to the brewery. That's how villages were formed.

The wheel was invented to get man to the beer and vise versa.

These two were the foundation of modern civilization and together were the catalyst for the splitting of humanity into two distinct subgroups:

Some men spent their days tracking and killing animals to BBQ at night while they were drinking beer. This was the beginning of what is known as the Conservative movement.

Other men who were less skilled at hunting (called 'vegetarians' which was an early human word meaning 'bad hunter') learned to live off the Conservatives by showing up for the nightly BBQ's and doing the sewing, fetching, and hairdressing. This was the beginning of the liberal movement.

Some of these liberal men evolved into women. Others became known as girlie-men. Some noteworthy liberal achievements include the domestication of cats, the invention of group therapy, group hugs, and the concept of democratic voting to decide how to divide the meat and beer that Conservatives provided.

Modern Liberals like lite beer (with lime added), but most prefer white wine or imported bottled water. They eat raw fish but like their beef well done. Sushi, tofu, and French food are standard liberal fare. Another interesting evolutionary side note: many liberal women have higher testosterone levels than their men.

Liberals produce little or nothing. They like to govern the producers and decide what to do with the production. Liberals believe Europeans are more enlightened than Americans. That is why most of the liberals remained in Europe when Conservatives were coming to America. They crept in after the Wild West was tamed and created a business of trying to get more for nothing.

Here ends today's lesson in world history. It should be noted that a liberal may have a momentary urge to angrily respond to this post.

A Conservative will simply laugh and be so convinced of the absolute truth of this history that it will be shared immediately to other true believers and to just piss-off more liberals.

And there you have it. Let your next action reveal your true self, I'm going to grab a few beers and BBQ some steaks!

This so-called guy is a soyboy homosexual.

The thing is...I can and do all of the above including coding.

Yeh. Notice the number of times lefties say @uck these days. They believe it is somehow a cutting edge display of one’s leftist bonafides.

You interrupted my mustang rebuild, now my venison sausage will be on grill too long. Hold my beer while I punch your pansy a$$ into next week, son.

In short, be a wimpy cuck soy boy that can’t throw down and protect his family.

I will keep my hunting, fishing, tool wielding, car fixing, gun toting bad ass alpha male husband, thank you very much. He has made me extremely happy for more than a quarter of a century. I am proud to be his wife.

Who wrote this emasculating drivel?

This will turn every He-Man in to a she man.

He does hunt odd as that sounds

Not for women anyhow

sorry, I’m not well versed at posting links in my comments. I just figured those interested could find it easily enough.

Who is the metrosexual douche nozzle that wrote this?

As a woman, I love my power tools and doing my own repairs whenever possible. Such a sense of real accomplishment.

I wonder if he guts animsls himself. Or drags them any distance. Probably lost without a guide, as well. 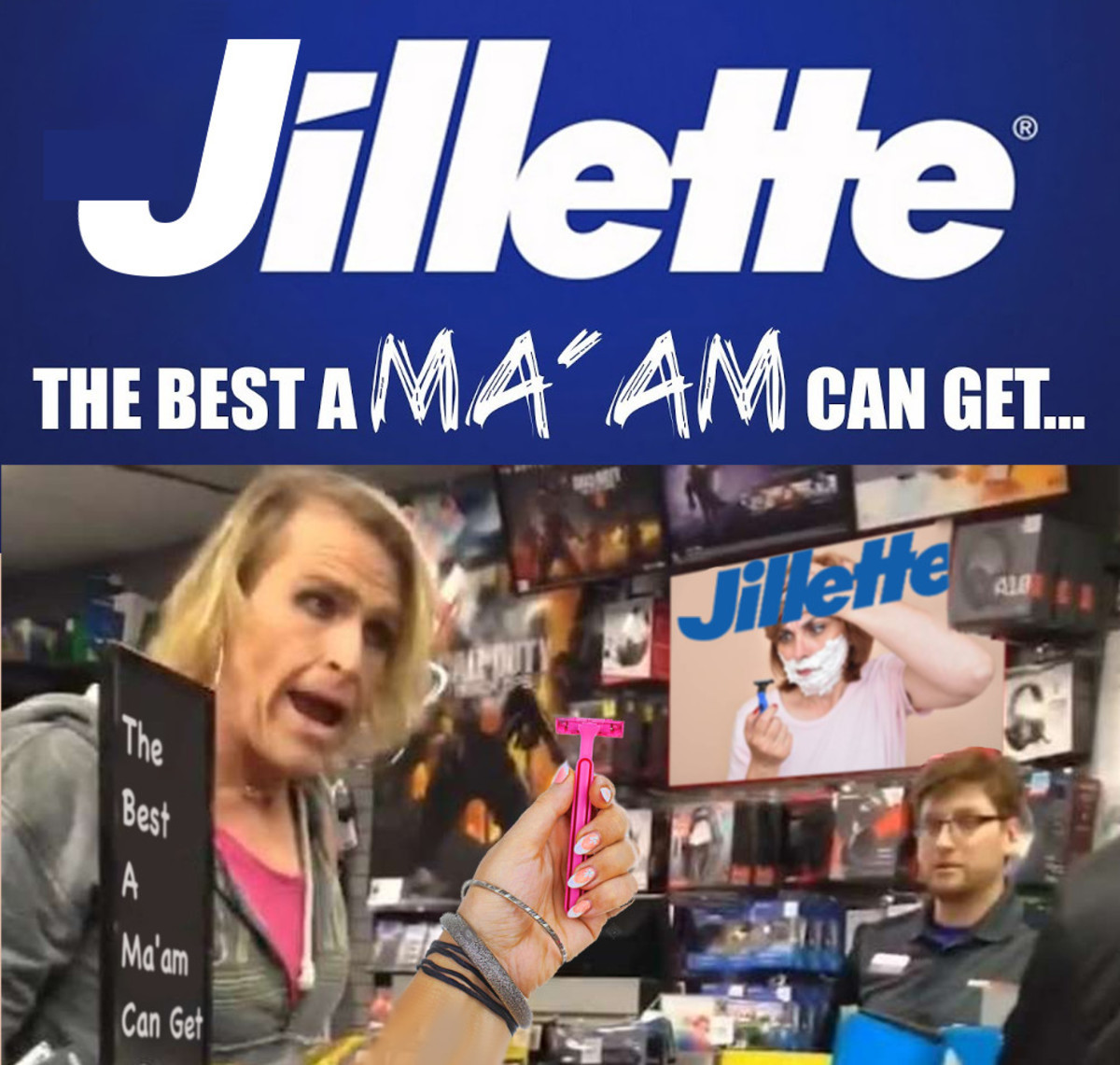 IF I was going to write an article about being a MAN in the 21st Century, I’d say this & more:

1. HUNT & FISH. Even in 2019, hunting is far from obsolete & given the fact that our forefathers succeeded in killing of most of the natural predators, game animal numbers are EXPLODING. -In many places there may be 200 or more Whitetail Deer per square mile & IF they aren’t thinned out, they will not only eat everything in sight & starve but also become diseased & waste away SLOWLY/PAINFULLY.
(A .30-06 bullet is a QUICK & near painless death, if you can shoot well & at a reasonable range.)
I suggest that dads/moms learn to hunt & fish if you don’t know how & then teach your kids. - To quote an old/wise saying: “Hunt with your kids or hunt for them later.”
(One thing that the author of the original article is correct about is LEARN to COOK, if you don’t know how.= One day, you may well NEED to know how to cook.)

2. PROTECT HOME & HEARTH. BOTH men & women would do well to make & practice a FAMILY EMERGENCY PLAN. - Such a plan should include good locks for all doors/windows & an intrusion/fire alarm system.
(MANY such systems are relatively inexpensive easy to install yourself & cost 20.oo or less per month to have professionally monitored, 24/365.)

ACQUIRE a suitable defensive forearm for HOME DEFENSE, learn to keep it cleaned/lubricated/maintained properly/secured & LEARN to use it safely.- A quality shotgun or revolver will last for generations, with little effort.
(Even a rank beginner can learn to shoot a double-barrel or pump-action shotgun and/or a .38SPL revolver successfully & with a few hours of professional lessons, IF you don’t already know how.)

LEARN EMERGENCY FIRST AID. - The RED CROSS teaches FREE classes on that subject. When you need help most in a serious manmade/natural emergency professional help may be hours/days before they arrive at your home..

CONSIDER BUYING EMERGENCY FOOD & WATER. = Enough food & bottled water for a week may well keep the family alive & reasonably well, until outside help arrives to rescue your family and/or bring in supplies.
COMMENT: At 72YO, I’ve lived through 4 major hurricanes & a pair of severe tornados.= When such things happen, it’s generally too late to prepare to care for your loved ones/yourself.

3. LEARN PREVENTATIVE MAINTENANCE & CAR REPAIR. - Professionals charge $$$$ for simple jobs like changing hoses, changing the oil/oil & fuel filters, checking the power steering/radiator/brake fluids & other simple tasks.
(HAYNES & CHILTON sell simple to read/understand manuals n most cars/pickups.- The manuals are cheap, too. Less than 50.oo in wrenches/screwdrivers/a socket set are worth having & will save you more than their small cost, the first or 2nd time that you do your own oil/filter change).

4. LEARN to do simple home repairs yourself. - What you’ll spend for DIY tools/supplies will be repaid the first time that you do NOT have to call a plumber/roofer/carpenter for a small job. - Community colleges teach such simple skills, if you don’t know how to do simple fixes in the home.

5. LEARN TO LEAD, RATHER THAN DRIVE YOUR FAMILY. - YELLING/SCREAMING & USING OR TOLERATING VIOLENCE in your home is a sign of WEAKNESS, regardless of what your parents believed. Further, such behavior will cause your wife/kids to learn DISRESPECT for you, as “the head of the household”.
(As my beloved grandfather used to say, “Avoid the loud-talking man. In most cases, all that you are hearing is air escaping from the place where his brain is supposed to
be.)
A TIP for dealing with your wife: IF you liked what she was when you were dating, continue to treat her like your girlfriend & in virtually every case, she will respond in kind & will knock herself out to please you.
(I’m blessed to have met & married a very feminine, beautiful, loving, charming, cooperative & devoutly religious lady, who is now a lovely mother to our infant son.- As THE GOOD BOOK says, “A good woman is a pearl beyond price”. = I try hard to treat her as the precious treasure that she demonstrably IS.)

6. DISCIPLINE CHILDEN W/O ANGER. - Imo, hitting a child, except in the most extreme of circumstance, is another sign of weakness & inability to get cooperation from your kids, absent threats of or using violence. HITTING will often get IMMEDIATE compliance but it teaches the child that you are incapable of getting your way w/o violence & will, in the long-term, teach them disrespect for you as “the head of the household”. = I cannot ever remember my grandfather hitting any of us but we minded him because we didn’t want to have him think less of us. - He was a GENTLEMAN of “the old school” & a “man to look up to.”
COMMENT: King Solomon was 100% correct, long ago, in his book, THE WISDOM OF SOLOMON: “Strike your son & teach him to sin.”

7. REMEMBER “THE GOLDEN RULE”. - IF you treat others in your life as you would have them treat you, you’ll likely not go too far wrong. Also remember the SCRIPTURE: “A soft answer turneth away wrath.”
For those who don’t respond positively to fair play &
kindness, you are better off without them in your life!!
(It’s foolish to expect a child to confide in you, if they see you as a disciplinarian first & before they see you as a loving father.)

I welcome & solicit your comments on how that I believe that a gentleman should try to live his life.

You are still here, I guess you have nothing better to do.