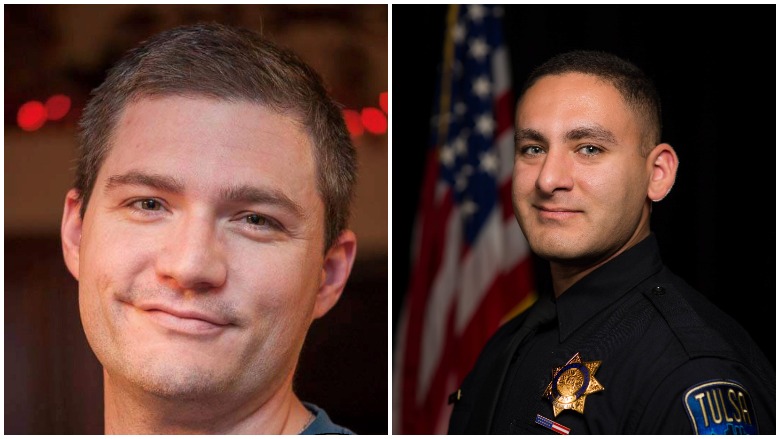 ergeant Craig Johnson, a Tulsa police officer who was shot in the head, has died, police say.

Sergeant Craig Johnson and Officer Aurash Zarkeshan were shot at around 3:30 am on June 29 at a traffic stop at the intersection of East 21st Street and South Memorial Drive in Tulsa, Oklahoma, police reports said.

The police released an update on Sergeant Craig Johnson’s condition on June 30 in a statement which read:

It is with heavy heart that we are announcing a change in the condition of Tulsa Police Sergeant Craig Johnson.

On June 29th, 2020 Craig sustained multiple gunshot wounds, one of which was a critical wound to his head. After undergoing surgery, Craig’s prognosis did not improve, and he was placed on life support to give his family time to say their farewells. Today, June 30, 2020, in a decision made with his family, Craig’s organs will be donated as his final act of service for our community.

Tulsa Police Sergeant Craig Johnson officially passed away June 30th, 2020 at 1:19pm, leaving behind his two young boys, his wife, his parents, and hundreds of his brothers and sisters with the police department.

Prior to Craig’s passing, Chief Wendell Franklin awarded Sergeant Johnson with the Tulsa Police Department Purple Heart for injuries sustained in the line of duty on June 29th, 2020.

Johnson joined the department in 2005, he was a patrol officer at Mingo Valley Division until he was promoted to Sergeant in 2015. After his promotion, he worked as a Divisional Investigator at Gilcrease Division until August of 2019 and was last assigned to Mingo Valley Division as a graveyard shift supervisor. Craig’s passing is a tremendous loss to the department and the community he served.

Personal message from Chief Franklin: I want to thank the Johnson family for giving their son to the Tulsa Police Department and citizens of Tulsa. His sacrifice will be forever remembered.

2 Corinthians 4:16, NIV: Therefore we do not lose heart. Though outwardly we are wasting away, yet inwardly we are being renewed day by day.

We’ve lost an officer today, but his loss renews our spirit.

Personal message from Tulsa Mayor GT Bynum: In this moment of terrible loss for our city, I can’t help but think of John 15:13: “No one has greater love than this: to lay down one’s life for one’s friends.” Sergeant Craig Johnson lost his life protecting the lives of every Tulsan.

Sergeant Johnson was a good man who made our lives better, who trained his fellow officers to be better. As our city mourns, the best thing we can do is to be there for his family – and especially his wonderful boys.

Tulsa is a city that loves and honors heroes. Today, we feel the tremendous pain of losing one. In the days ahead, I hope that both the Johnson family and the men and women of the Tulsa Police Department will feel our city gathered around them – showing the same love for them that Sergeant Johnson showed for us.

I have authorized the lowering of flags at City of Tulsa facilities to pay respect for Sgt. Johnson and his family.

The police said a suspect, David Ware, was apprehended in relation to the shooting. “Officers stopped the suspect at 8900 E. 21st street at about 3:30 AM, a scuffle ensued with the suspect, Ware pulled a gun on the officers and fired multiple times,” the statement read in part. 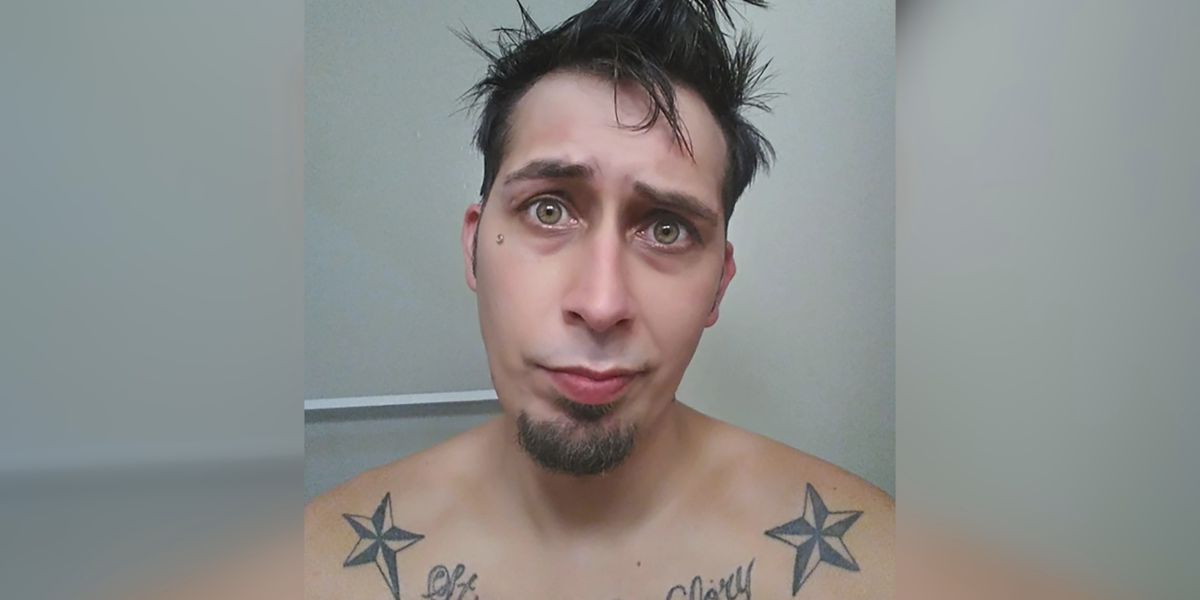 I hope Oklahoma has the Death Penalty.

I hope they find him and “the incident report” indicates - he took his life. Prayers for the Johnson family.

How tragic, but what makes it more devastating is the loss of this mans life at the hands of this worthless piece depravity. I pray the officers last vision was not of this animal.

What, Bailey had nothing to say?

My niece, that is my baby sister’s daughter, is a Tulsa police officer.

She’s a very tall girl, and tough, raised with with a father who taught her a love for guns and hunting. They hunt together regularly and bring home lots of yummy game for my sister to stock up her freezer.

She’s still a rookie, been on the force now for a little under a year, and working the late/overnight shift, ALONE, in her squad car.

In prison, I hope Mr. Ware is released into the general population. When the Russians see those “stars” on his shoulders, they’ll take them off, arms and all.

That loser perp will burn for this. 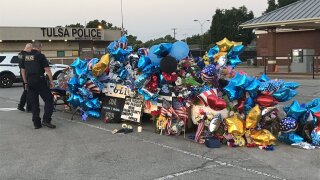 Prayers up for my brother in blue and those who love him.

This POS should have been shot and killed by the Tulsa police.

Panti-fa needs to be exterminated nation-wide.

What time do the riots and looting start to bring attention to the death of Sergeant Craig Johnson?

OOPS! Sorry, the officer was WHITE and the perp was WHITE.

No need for protests.

Only Black Lives Matter, I guess.