Kosovan President Hashim Thaci has been indicted for war crimes allegedly committed during the Kosovo conflict in the late 1990s, leading him to cancel a planned trip to the White House this weekend for talks with Serbian leaders.

The charges against Thaci were announced Wednesday by a special court at The Hague, in the Netherlands.

According to a press statement, the Specialist Prosecutor's Office filed a 10-count indictment on April 24 that accuses Thaci, Kadri Veseli, the former Chairman of the Assembly of Kosovo, and others of "a range of crimes against humanity and war crimes, including murder, enforced disappearance of persons, persecution, and torture."

It added that a pre-trial judge was reviewing the indictment "to decide on whether to confirm the charges."

Kosovo declared independence from Serbia a decade after the bloody conflict between Serb forces and Kosovar-Albanian rebels began. The war, from 1998 to 1999, led to thousands of deaths and the displacement of nearly 90% of Kosovo's population.

Thaci came to prominence as a leading figure in the Kosovo Liberation Army (KLA) between 1997 and 1999 and played a part in peace negotiations.

Wednesday's indictment alleges that Thaci, Veseli and other charged suspects "are criminally responsible for nearly 100 murders. The crimes alleged in the Indictment involve hundreds of known victims of Kosovo Albanian, Serb, Roma, and other ethnicities and include political opponents," the statement said.

Kosovo? Isn't that where they erected the bj clinton statue? 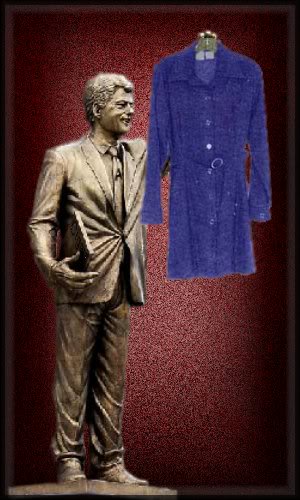 Or was it where Hillary dodged sniper fire?

>>Wednesday’s indictment alleges that Thaci, Veseli and other charged suspects “are criminally responsible for nearly 100 murders.

Bet they won’t be poisoned in prison, like Milosevic was.