Planned Parenthood Accused of Racism  by Its Own Employees
Townhall.com ^ | June 23, 2020 | Katie Yoder

The nation’s largest abortion provider, Planned Parenthood, regularly claims that Black Lives Matter. In that sense, they would do well to scrutinize their own organization – in more ways than one.

On June 18, The New Republic reported on a “worker uprising” at Planned Parenthood’s largest affiliate: Planned Parenthood of Greater New York (PPGNY). Staff writer Melissa Gira Grant revealed a letter signed by hundreds of employees calling for the removal of CEO Laura McQuade, a “toxic leader and autocrat.” Among other issues, they complained of systemic racism, fiscal mismanagement, an unseemly response to COVID-19, and, in related letters, a disregard for patient safety that extended to abortion “services.”

The letter currently boasts the signatures of 271 former and current employees and 275 supporters of the affiliate. While the staff initially tried to resolve the issues internally – for more than a year – by contacting senior leadership and the board of directors, they were “met with silence, indifference, and an increasing disregard for staff wellbeing.”

“We wanted change,” they wrote, but “all we got was pizza.”

Their inspiration came from the “national movements led by Black people holding organizations and institutions accountable and working to dismantle systems of oppression and white supremacy.” That may be because, among other things, their letter addressed racism.

“Planned Parenthood was founded by a racist, white woman,” the staff wrote, referring to Margaret Sanger, who, among other things, once addressed a women’s auxiliary branch of the Ku Klux Klan.

“While efforts have been made to undo some of the harm from institutional racism, many of these issues have worsened under McQuade’s tenure,” employees continued, referring to “years of complaints from staff about issues of systemic racism, pay inequity, and lack of upward mobility for Black staff.”

They accused Planned Parenthood of weaponizing “diversity and equity” to “make changes that are harmful to staff.”

“We know that Planned Parenthood has a history and a present steeped in white supremacy,” they wrote, “and we, the staff, are motivated to do the difficult work needed to improve.”

The letter linked to another area where “Black women and other staff of color” expanded on the “issues of racism and anti-Blackness in our workplace.”

PPGNY leadership, they accused, “have leveraged identity politics by putting Black and other people of color in positions of leadership who actively participate in harming Black staff and other staff members of color below them.”

During the coronavirus outbreak, the “class tensions” became clearer, they wrote.

“BIPOC [Black, Indigenous, People of Color] leadership were also complicit in the decisions to furlough/terminate 28% of staff including entire centers in the Bronx and Queens, as those areas were being devastated by COVID-19.” they wrote. At the same time, they said, they didn’t receive clear information about their return or when their insurance might end.

Other issues included how “White and non-Black employees are still given more pay and more advancement opportunities than their Black colleagues.”

As a whole, the letter called out McQuade for creating a “culture of fear” during her two-and-a-half year leadership, with her “abusive behavior and financial malfeasance.” Among other things, they accused her of yelling, berating, slamming her fists, verbally abusing, humiliating, and bullying staff.

Employees also criticized her for fiscal mismanagement in the millions, a “decimation of institutional knowledge due to unprecedented rates of staff turnover,” and her response to the coronavirus by conducting employee layoffs and furloughs while protecting her salary and the salaries of chief officers.

In addition to the removal of McQuade and her “Trumpian leadership style,” they demanded salary cuts for certain chief officers, a thorough investigation, and a new, experienced leader.

As evidence of their attempts to resolve these issues internally, the staff released several letters sent to the board in 2019. The collection included a letter from Planned Parenthood Great Plains (PPGP), where McQuade previously worked, warning Planned Parenthood not to let McQuade “dismantle, divide and destroy another affiliate.”

“It’s not enough to just say ‘Black Lives Matter’ or ‘Defund the Police’ if our own systems continue to oppress Black and non-Black people of color,” staff at PPGP wrote in an additional statement of solidarity on June 19.

Another letter from New York City staff in 2019 detailed McQuade’s “temper-tantrums” where she would throw objects and times when she would threaten them with their jobs. They detailed “unjust working conditions” including a breaking “announcement of expansion of clinical hours” which threatened their “work/life balance, child care needs, higher education pursuits, etc.”

t also threatened the safety of their patients.

“Expanding hours, especially of surgical abortion services—which are generally done during the day for safety reasons—is a major change and should be implemented gradually and carefully to ensure patient safety,” staff warned.

“In the in-clinic abortion service particularly, this puts patients at risk for potentially serious complications,” they warned. “As an example, at MSC—where pressure to increase patient numbers and decrease cycle times has been most intense—resuctions (required to treat a very painful post-abortion complication where blood is retained inside the uterus) are an almost daily, routine occurrence whereas at the other PPNYC centers they are a relative rarity.”

Some of their comments resembled former Planned Parenthood employees who have spoken out over the years about monthly abortion quotas and Planned Parenthood’s “sales team” attitude. Other videos have shown former employees discussing how women were “treated like cattle” and “herded” through clinics.

The pro-life movement has always known that Planned Parenthood doesn’t value all human life equally. But, this time, hundreds of its employees are saying it, too. 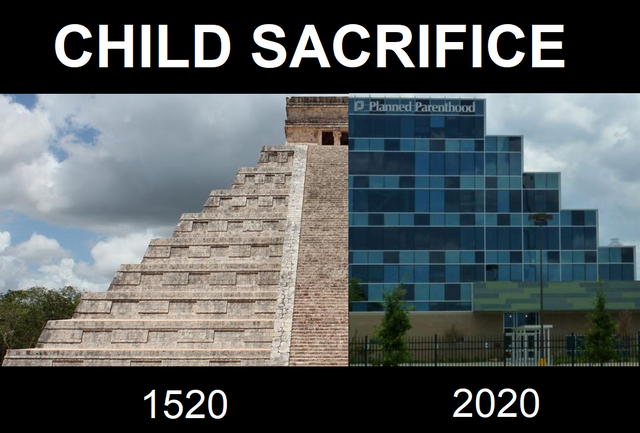 If these black people KNEW it was a racist org, why go to work there?

They are obviously ignorant, otherwise whey wouldn’t work there

Because they are dimwits who fell for the 'woman's right to choose' crap, not realizing that it was really the 'eliminate the inferior, defective and other human weeds' approach.

It’s organized crime, so why wouldn’t the leadership be depraved?

To me, the most hypocritical part of BLM is their total disregard for the atrocities that occur inside Planned Murderhood. PM’s abortion rate for black babies deaths far exceeds their corresponding population rate. Margaret Sanger is looking up from the fiery furnace and smiling.

If “black lives matter”, why is that group never protesting in front of the PM abortion centers and yelling “let our babies live!”?

8 posted on 06/22/2020 4:45:25 AM PDT by Pollster1 ("Governments derive their just powers from the consent of the governed")
[ Post Reply | Private Reply | To 2 | View Replies]
To: Kaslin
Planned Parenthood Accused of Racism – by Its Own Employees

Whoa, didn't expect them to admit that!
Now those statues of her will have to go!

Every radical revolutionary movement ends up eating its own leaders