The Justice Department is preparing to change its sentencing recommendation for Roger Stone after top brass were “shocked” at the stiff prison term initially being sought, according to a senior DOJ official.

Federal prosecutors had recommended that Judge Amy Berman Jackson sentence Stone to between 87 and 108 months in prison for his conviction on seven counts of obstruction, witness tampering, and making false statements to Congress on charges that stemmed from former Special Counsel Robert Mueller’s Russia investigation.

The department is now expected to scale that back.

“The Department finds seven to nine years extreme, excessive and grossly disproportionate to Mr. Stone’s offenses,” the source told Fox News, adding that the DOJ will clarify its position on sentencing later Tuesday. …

He shouldn’t be sentenced at all

Time to lock up the partisan idiots that are misusing the legal system in punishing to good people supporting our Trump.

Schiff, Pelosi, and Nadler walk around free as bird.

How about throwing it out the window!

How about identifying the DOJ official(s) that wanted the severe penalty? Or is that classified? 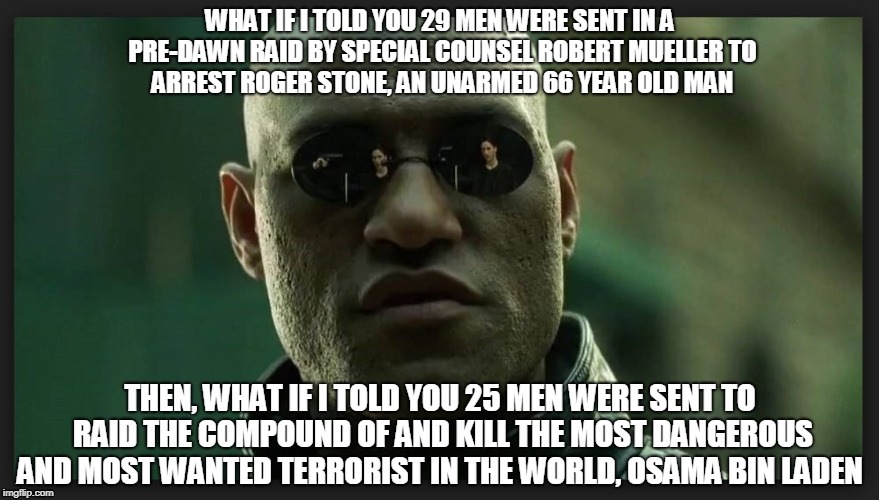 I believe he is letting the system takes its course and will then issue a pardon if there is any incarceration given.

I'm so disappointed at the blatant corruption within so many parts of our government that we once (perhaps naively) thought were apolitical. The FBI, DOJ, NSA, CIA (okay, I think we have always been suspicious of those guys) were supposed to be straight arrows. Under the corrupt Obama administration virtually every single federal agency was radicalized, politicized, weaponized, subverted from its original stated purpose and expanded beyond recognition.

I hope President Donald J. Trump would pardon or at least commute Roger Stone’s sentence although it probably will have to wait until after November.

Really? These prosecutors work for you. What is it you say YOU do again.

THIS should be in Breaking News.

We don’t have a breaking news forum. If you want to add the thread to the breaking news category, just click where it says “Click to add topic” and type in “breaking”.

I WANT THE NAMES OF THOSE DOJ JERKS THAT WANTED 7to 9 YEARS. !! I WANT NAMES!!

Ok so what Obama holdover recommended the sentence in defiance of department instruction? Why do we never get any names?

you want names...
others want addresses...

meanwhile we suggest a min security location with an anklet for the remainder of this year, weekend visitation. and with lots of gifts from us. for roger and his wife.

clearly we want the jerks addresses because we want to send them Christmas card (with the required lump of coal from Santa) this year...
Then, AFTER Trump is re-elected... we want to send the DOJ holdover perps formal notices of Roger’s pardon in Early January...

Sentencing is on the 20th. This will be a Trump vs Deep State showdown with a clear winner and loser.