Trump said the Obama administration’s “foolish Iran nuclear deal was signed in 2013, and they were given $150 billion, not to mention $1.8 billion in cash.”

The proof was in the lack of denial back then.

Lurch is in this up to his eyeballs. Will there be justice?

Anyone, still watching these idiots, is nuts.

I’m at the point that I’m turning off Fox when they draw attention to the nonsense on the other stations.

My local alleged conservative DJ this morning said over and over he really REALLY wished Trump hadn’t blamed the Fraud with his “rhetoric”, but instead to have said something like 0’s transfer of 150 billion dollars made it EASIER for Iran to continue their attacks. Someone made sure he and the others stayed on script this morning, and doesn’t want the Fraud’s “good” name besmirched.

Probably a lie because they actually gave them $300 billion

Are those lies as big as those told by the loathsome, ugly, and totally without intelligence Kerry man-like thing about his experiences in Viet Nam?

Ah, the man who boinked rich ladies to purchase his senatorship. What a history.

I get all my news, for better or worse (I think better) from here.

Not because I’m high minded about TV.

I just couldn’t take all the yelling and arguing on Fox anymore.

Their line up still seems pretty conservative at night but I’ve read that they have gone a little off kilter. 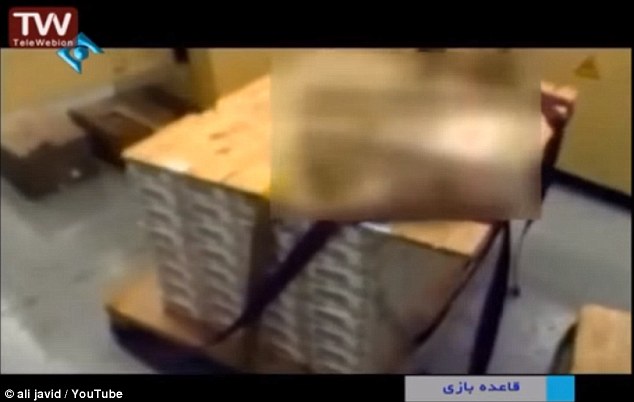 Iranian state-run media in Tehran videotaped the arrival of a January 17 flight carrying $400 million in cash from the U.S. – and the money itself – judging from a February propaganda documentary.
10 posted on 01/09/2020 6:21:51 AM PST by laweeks
[ Post Reply | Private Reply | To 1 | View Replies]
To: ChicagoConservative27

They’re using a ‘technicality’ on us. We didn’t exactly give them $150B of US money, instead we freed up $150B of Iranian assets that Jimmy Carter had frozen.

Either way, overnight they had $150B more dough to play with...so the effect is the same. That is about 2 years worth of oil production for Iran, some serious money for them.

How would he know for sure?

Unless he pocketed a few hundred million before the plane took off.

“Lurch is in this up to his eyeballs. Will there be justice?”

That’s funny!!! Justice you say?! Only for little people.

Kerry is a nobody.

The Assets were frozen, meaning they did not have access to them.

Obama unfroze the Assets giving the Iranians access to them.

He also “quietly” gave them a $1.8 Billion Dollar CASH Bonus in the dead of night.

Total Assets transferred to the Iranian Mullahs $151.8 Billion Dollars. Like they say, facts is facts.

Ha haaaaa! I KNEW IT! Of all the things President Trump said, the one thing that caused the biggest butthurt was saying Obama paid for those rockets. It took a while for the shock to wear off and now the pain is setting in. Expect more caterwauling. We should poke and poke and poke at that wound.

Well, lets go to the factual side of this. Roughly 100 to 120 billion were funds that were in Iranian state accounts outside of Iran, in 1979. These were the frozen funds. It’s not US-controlled money in the broad sense....we marginally controlled 2-billion of that in US banks...the rest were overseas.

When this Obama deal was concluded, it basically opened up the frozen funds problem, and allowed them to have their national money back in their hand. All of this probably should have been settled in the 1980s...but never was. So to say it was US money, would be a false statement.

But here with the Obama deal...unfreezing their money, was the last part of it...Iran wanted that two billion in US hands to be brought physically back into Iran (cash).

Chief reason? There is speculation that various big members of the government wanted to exchange their Iranian currency (mostly worthless) for dollars/Euro and they’d ship it to Dubai or Qatar.

Remember, Iranian businessmen for the past decade have been shedding their currency on a monthly basis, and funneling the profits out to Dubai/Qatar...in fear of a financial collapse in Iran (which they still believe will eventually happen).

If you went to the Mullahs and asked them where the cash is today (of the pallet of dollars delivered)...they have no idea. But that cash is no longer in Iran, and it’s likely sitting outside of the country.

John Kerry: It Is an ‘Outright Lie’ by Trump That Iran Was Given $150 Billion and Jeffery Epstein killed himself.

I was speaking to a close friend yesterday...Her son is BFF with Chris H and Hunter B.

She is appalled by J F’n K and the two horrid sons...

Alas, there is little for her to do unless she never wants to see her grandchildren again...

The grandchildren do like her (the GM) better than the mother — who knows... in time all just may be well for those grandkids...

Kinda hoot coming from Kerry. We commoners have a law (structured) anything over $10K cash has to be documented & submitted. Meanwhile, Obama’s administration allowed Billions in hard currency to a state sponsored t errortis m!

Plus, Ransom payoff for the 4 hostages?