Tessa Majors, an 18-year-old freshman, was discovered unconscious with “multiple stab wounds about the body” near a staircase in Manhattan’s Morningside Park just before 7 p.m. Wednesday, police said earlier this week. The president of the all-women school says she “was fatally injured during an armed robbery” attempt.

A police source told Fox 5 News Friday that the teen confessed to stabbing Majors. The report, citing police, adds that as many as three people were involved in the attack.

“The passing of Tess Majors is an unthinkable tragedy that has shaken us to our core,” Barnard College President Sian Leah Beilock said during a community gathering Thursday. “We are all grieving, and trying to grasp the senseless tragedy that took Tess from us.”

Just some Obama sons out in the early morning trying to redistribute some wealth.

Not too hard to understand, Ms. Mensa, assuming you actually care to.

Now that King Kuomo has instituted “Raise the Age” he will most likely get off scott free with record expunged.

4 posted on 12/13/2019 7:56:02 AM PST by AbolishCSEU (Amount of "child" support paid is inversely proportionate to mother's actual parenting of children)
[ Post Reply | Private Reply | To 1 | View Replies]
To: AbolishCSEU

What is raise of age?

Even if he goes to prison, he most likely has friends and family on the inside...a ready made support group.

She’s trying to make sense of it because she blames society (i.e., white privilege) and the inequities of capitalism instead of the punk with the knife.

Gheeze, WTH doesn't know enough to stay our of NYC's parks after dark?
A terrible tragedy that could have been avoided.
And while De Blasio boasts that crime is down in NYC, murders are up ... 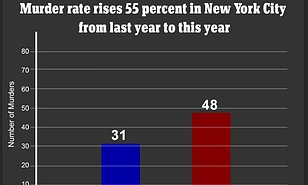 What is wrong in this kids life that this seemed like a thing worth doing?

Cultural ROT, broken family, gang involvement... All of teh above???

My Son is 12. I can’t even envision him doing something like this.

If not, he'll be another thug's woman.

“My Son is 12. I can’t even envision him doing something like this.”

I will still building model cars at age 13.

““The passing of Tess Majors is an unthinkable tragedy that has shaken us to our core,””...


Well, no, not really. It’s more and more the norm in the great bastions of liberalism.

I’m not from this country. In my early readings of Americans history related books, I heard that people in the south called blacks subhuman during segregation era. I come to realize that it may not be derogatory at all

How did this Amish youth get to NY?

I’m curious why race was not mentioned.

It would have been if the stabber was white and the victim was black. In fact, it would be in the headline.

Let me guess; absent father, mother is a product of generational welfare, all with comrade de Blasio at the helm.

It's all due to Leftist politics (which destroyed the family) and subhuman leadership like Lyndon Johnson, Jimmah Cahter, Brakkie Obama, Jessie Jackson, and Al Sharpton.

19 posted on 12/13/2019 8:52:31 AM PST by RoosterRedux
[ Post Reply | Private Reply | To 13 | View Replies]
To: Lee25
Different times. The reference was made when White people believed that Blacks were inferior Humans, which was of course in today's Society is a ridiculous statement but something they believed none the less.

Unfortunately, we are dealing with the fact that over half the Violent Crime in American is committed by Blacks, mostly against other Blacks. About 5% of the Population committing 50% of the violent Crime. Bring up that Fact in a discussion and you are immediately labeled a Bigot and a Hater.

Now, look at the reaction POTUS Trump when he denigrated the ISIS Terrorist Leader al-Baghdadi after he blew himself up when we went after him. The Democrats were simply outraged.

I think that many of today's White Liberals are Subhuman, but that's just me. The thing is, they all consider us Subhuman, but their Politicians prefer to call us something a little less volatile, Irredeemable Deplorables.