Many Baltimore residents were “very happy” that President Trump shed light on the issues in their city, according to Republican strategist Kimberly Klacik, who is running for late Rep. Elijah Cummings' seat in Maryland.

“People got on Trump’s case for basically repeating what so many people in West Baltimore said. Not just the residents, but even the former mayor, Mayor [Catherine] Pugh said the same thing: rat-infested. There's problems there,” Klacik told, “Fox & Friends First" on Tuesday.

Klacik said that the sentiments expressed from Baltimore locals give her hope that she, a Republican, would have a "shot" at winning in the traditionally Democrat-led city.

Cummings, the longtime top Democrat on the House Oversight and Reform Committee, passed away in October at the age of 68. 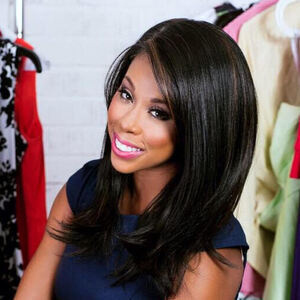 Poor lady. The vitriol that is about to be tossed her way will be immeasurable. But we have to play nice, so good luck.

that ol widow woman , Cimmin’s widow , sure is scurrying to try and grab the seat he vacated , so she can keep that gravy train going . For herself!

Then she should have no problem beating the Widow Cummings in the election, should she?

I am pretty sure that votes you put into a ballot box in Baltimore are not the same votes that come out of it.

Yep. The bribes and kickbacks ended when he died.

I just love your post. It says so many things in just a few words.

Dat would be Maya Rockeymore Cummings. Of course she and the local media only started using the deceased thug’s last name in the waning days of his life. I think it was just last week when she announced her resignation as head of the Maryland democrat Party and a day later she announced she was running for bullethead’s vacant seat. A day or so later than that she announced that she was going to be out of action for a bit since she was having a double masectomy. What’s next? A change of gender?