British politician David Smith from Middlesborough who pushed for gender-neutral bathrooms in the community was charged with nine counts of sexually touching a child.

An English town councillor who hopes to make government-owned facilities gender-neutral has been charged with nine counts of sexually touching a child.

David Smith, 30, represents Coulby Newham, a suburb of Middlesbrough, in the Yorkshire town’s local government, or council. Since his arrest, he has resigned from membership in the Conservative Party, but not from his position.

According to the BBC, Smith is due in court on August 7. He denies the charges…

…After charges of child sex assault were laid against him, Smith released a statement describing the work he had done as a Middlesbrough councillor, making special mention of his LGBT advocacy.

“I have worked hard to ensure I serve the people of Coulby Newham to the best of my ability,” he wrote.

“From tackling the issue of potholes, ordering bollards to be installed to ensure the public stop parking on a resident’s property, highlighting the ever increasing issue of drug use and being a very proud advocate of the local LGBTQ community,” he continued.

Picture of He/She is so cute. /s

Call it a conspiracy if you want......but this “pizza” thing is looking more real by the second.

I hate pedophiles with the white hot intensity of 10,000 burning suns. Give this monster a fair trial with all of his Rights scrupulously observed.

Once convicted have him drawn and quartered in the public square. Then leave the pieces for wild dogs. 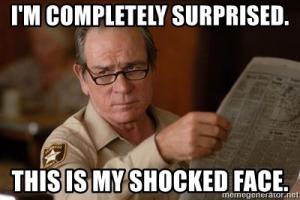 Not the least bit surprised.

IMO, it's bigger than most of us could even imagine.