Dozens of supporters of opposition leader Juan Guaido converged Tuesday on the now-shuttered Venezuelan embassy in Washington, clashing with pro-regime activists who have been camped out at the building for weeks in support of embattled Nicolas Maduro.

.... In Washington, flag-waving and national-anthem singing demonstrators, many of whom were born in Venezuela, quickly outnumbered those from the anti-war group Code Pink gathered to support Maduro's regime.

.... "This group – the Code Pink – has taken the embassy," Gandullia said. "We want to enter. We want to take over. And demonstrate that it belongs to us." Activists from Code Pink, which protests U.S. support for Guaido, have been living and protesting at the embassy for weeks.

.... In interviews, these protesters emphasized that they are from Venezuela – unlike many of the Code Pink protesters.

"They are communists, socialists with Maduro," he added. "I’m anti-Maduro. And I’m here representing my people." 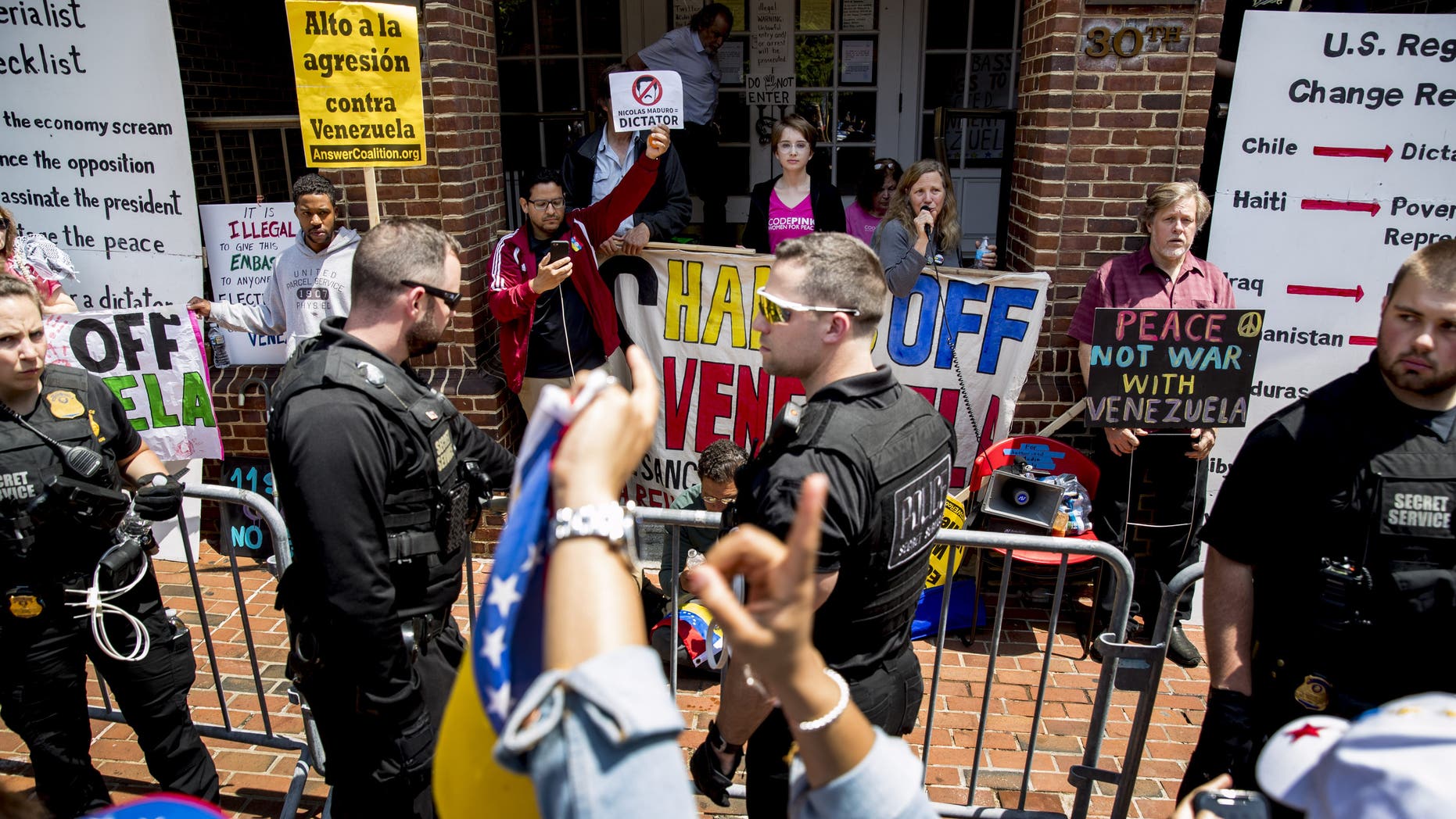 Time to get down there and put some good signs in the hands of the pro-Democracy Venezuelans! I'll whip up at least one for you. Will post it here.

I've faced off against these Code Pink Stalinistas before, but nowhere near the times I'm sure you have!

The Code Pinko scum have no rights on Venezuelan soil...let the Venezuelans deal with them as they see fit.

“Code Pink” is Bolshevism in a pant suit/muumuu with hairy armpits and cankles.

I guess they’re itching for another epic protest beatdown like they got at Walter Reed.

Haven’t heard from these vermin in a while.

The one guy has an answer.org poster. One of Soro’s groups. All for “peace” and anti-war.

They are the ones that were hanging Trump in effigy during the election.

Things didn’t get ugly until Code Pink showed up. Lots of Venezuelan’s in the Miami area. With this crap they should be voting for Trump en masse.

Code Pink should be relegated to the margins.. I absolutely despise them.

However, I do agree with their signage... no intervention in Venezuela.

These idiot pinko’s are nothing but red communist’s! These morons haven’t changed since the days of Cindy Sheehan. Who spit on her own sons grave. And what she wasn’t expecting was for the democrat party to spit on her when she was no longer useful to her cause.

These idiots are again singing the same warn out tune, We’re there for the oil. That’s what they said about Iraq. So where’s the oil? America shed a lot of blood there for what? It certainly wasn’t for America’s benefit! We could have used the oil to cover burial cost’s and medical expenses!

“”The Code Pinko scum have no rights on Venezuelan soil...let the Venezuelans deal with them as they see fit.””

These troublemakers are in DC not Venezuela...