Trump sent the tweet during Hannity’s nightly show, in which the host assailed McCabe for claiming that he and Rosenstein discussed invoking the 25th Amendment to remove Trump from power.

I’m not sure which word gets misused more - traitor or racist.

41 posted on 02/19/2019 6:54:30 AM PST by DoodleDawg
[ Post Reply | Private Reply | To 1 | View Replies]
To: Starboard; yandexja; Adder; Texas resident; ExTexasRedhead; TEXOKIE
That’s what everyone was saying before the presidential election, and then the mid terms. People keep predicting he will go after the cabal after this and after that, yet nothing happens. The reality is that Rod is basically leaving on his own terms and will probably never be held accountable.

First, I think it is prudent for us to reexamine the difference between Treason and Sedition.

Treason in the US Constitution is narrowly defined, because that's what the Founders wanted. In the history of Europe, Treason was whatever "the Crown" or the ruling parties said it was, and those charged with Treason were usually tortured to death in the most horrible way possible.

"Treason against the United States, shall consist only in levying war against them, or in adhering to their enemies, giving them aid and comfort. No person shall be convicted of treason unless on the testimony of two witnesses to the same overt act, or on confession in open court. The Congress shall have power to declare the punishment of treason, but no attainder of treason shall work corruption of blood, or forfeiture except during the life of the person attainted.

I am not a lawyer, but I have read that most lawyers and Constitutional scholars agree that Treason, as defined in the Constitution and current US Code must involve working with foreign power.

Sedition, on the other hand, is working against one's own country and government, but does not involve a foreign state in attempting the coup or overthrow.

Treason and sedition are terms that are similar in nature and are applied to cases wherein individuals or organizations have acted in defiance of established authorities. Sedition laws have always been in place to allow governments to take coercive action against acts of defiance that are meant to overthrow them. Treason involves acting against the interests of a state and thus confuses many as to whether they should use treason or sedition in a particular context. The key difference between sedition and treason is that the sedition is a crime against one’s own state, and so is treason, but treason is considered far more serious crime than sedition.

I believe that answer is yes, because their seditious acts also involved foreign governments in their attempted overthrow of the US President and his administration.

The cabal used 5 Eyes (4 foreign governments) to conduct illegal wiretaps, surveillance, planting of evidence, and a host of other crimes in their scheme to frame and take down President Trump. To get around US Law, they used these foreign governments to aid in an attempted coup.

That makes it Treason. 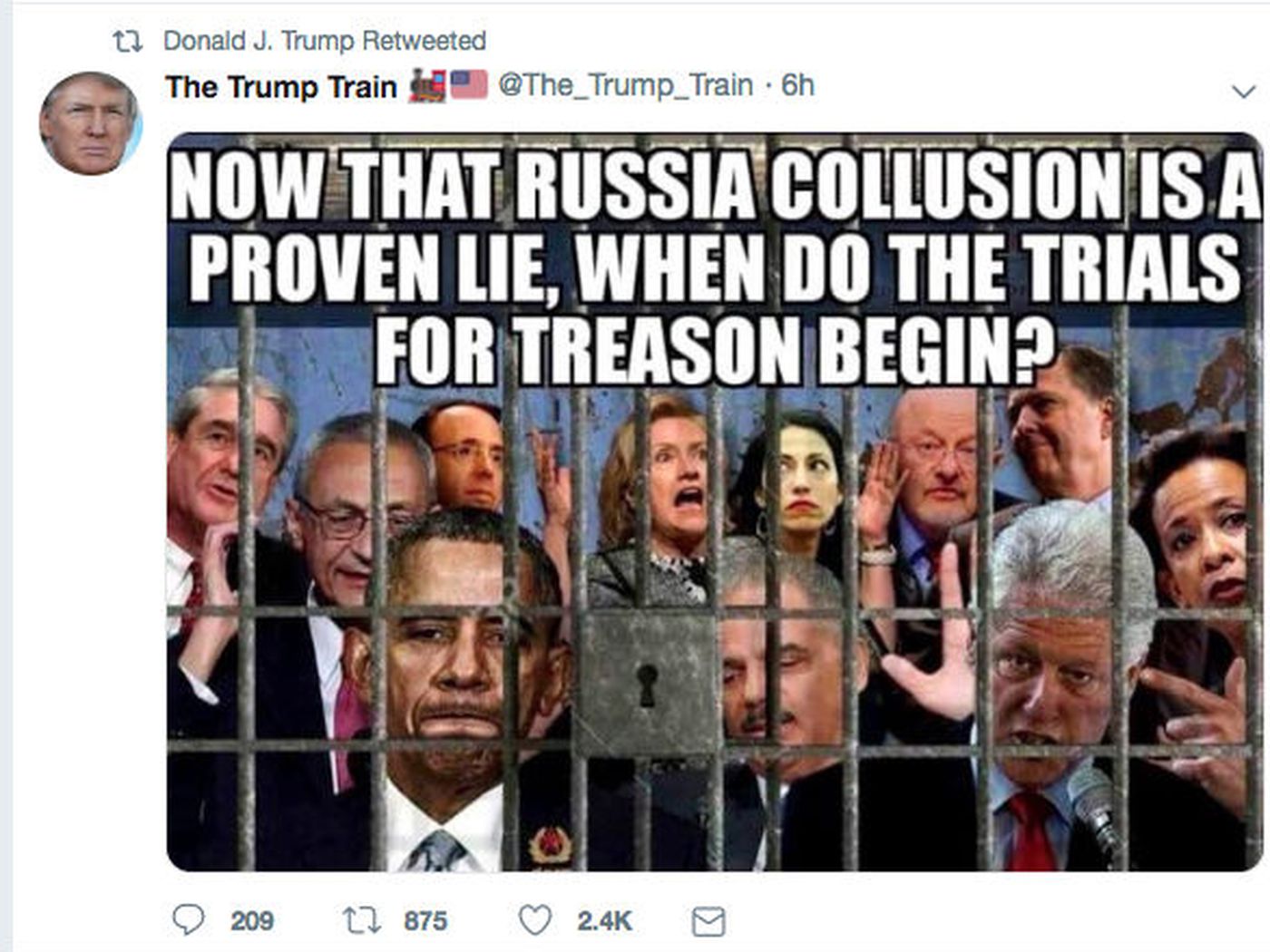 So, where are the arrests?

Let's all let that sink in.

Perhaps, this time, they are "just around the corner", however, I won't bet the bank on that prospect. To paraphrase Gus McCrae from Lonesome Dove, our government and our Dept of Justice is "Too leaky a vessel for anybody to put much hope in."

Moreover, I have read all the recent Q drop. Q is telling (and re-telling) everyone things we already know or have known. FISA, the corrupt media, Illegals "voting", vote fraud, the attempted coup, etc., etc., and etc.

Gee, thanks Q. We knew all that.

When are the arrests? "Midterms are safe." No, they weren't. "Are you ready for arrests!?" (rhetorical question asked by Q last summer). Yes Q, we were ready for arrests months ago. Where are they?

The fact that vote fraud stole many Congressional seats last November, and nothing has been done should teach us that despite all the rhetoric about justice, the Deep State can still win major battles without consequences.

If tomorrow, there are massive arrests, and scores of these traitors are hauled onto C-17s and C-130s bound for GITMO and military trials, we would all cheer.

But I won't put too much hope into a leaky vessel.

Treason is encouraged. We have a long way to go down further, before this elevator reaches the bargain basement. Rough Ride ahead.

Crooked Hillary and 0bama too.

Amen to all that you stated!

There are millions of Deplorable veterans ready and willing to volunteer to help clean the political sewer in every city, state, and in DC in order to defend this nation domestically.

Clearly treason against the rightfully elected POTUS and We-The-People who elected him.

Clearly treason. Treason in DC, the land of traitors, usurpers of USConstitution and agencies working for foreign interests.

They and their actions are, and were, treasonous. What else could it be?

The swamp is wide and deep! Trump must find the right people before he begins the headhunting; otherwise, the whole process could be short-circuited by swamp scum still in the offensive system. This is ground not ever trod upon before and is dangerous, especially for Trump.

51 posted on 02/19/2019 9:06:07 AM PST by SgtHooper (If you remember the 60's, YOU WEREN'T THERE!)
[ Post Reply | Private Reply | To 31 | View Replies]
To: yandexja
And? Trump suggests a lot of stuff that never involves actually penalizing the people committing the crimes. Sorry, but it comes off as a lot of hot air, and the media plays it that way.

The only people getting punished these days are those who have an association to Trump or the GOP.

“where are the arrests”..... and why hasn’t the guy who made million saying “you’re fired” not said that to Rosenstein yet?

Rosenstein should have been walked out this morning.... either by HR or by the secret service.

Treason requires helping a foreign power that is at war with us.

57 posted on 02/19/2019 11:05:45 AM PST by Ted Frazier
[ Post Reply | Private Reply | To 1 | View Replies]
To: Hardastarboard
WHAT ARE YOU GOING TO DO ABOUT IT, MR. PRESIDENT? Yes, I’m shouting, because if President Trump doesn’t do anything about it, then nobody will. And somebody has to. This cannot be tolerated, from either party. 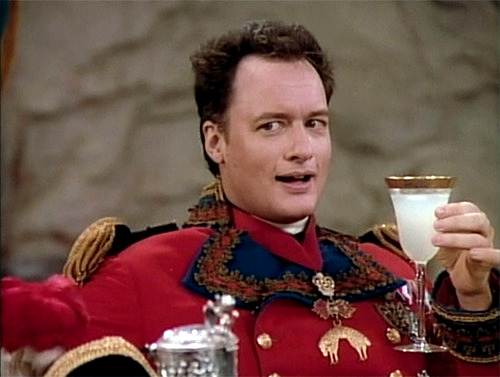 Yep, but no bullets apparently.

——Yep, but no bullets apparently.——

He now has the wall. He now has a new Attorney General. He can unleash the dogs from hell and dominate the news forever

He is playing with the bad guys making them worry.