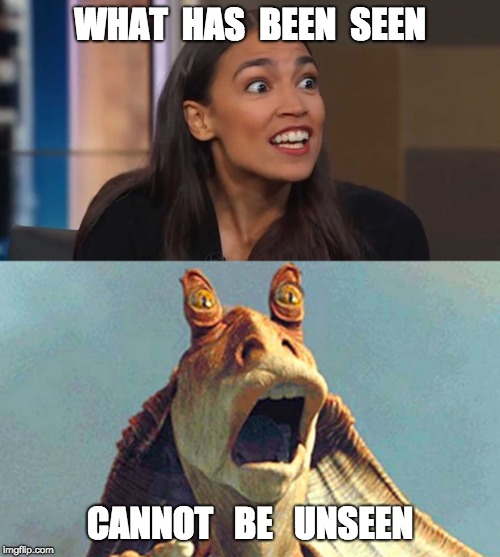 A Mark Levin comment was something about our current US being similar to the Scandinavian style (awkward partial coverage by Obamacare and welfare for only some and Section 8 halfway measures with no one really all the way taken care of).

So Soviet style, Scandinavian style or....
Maybe she is category 3: “dingbat” 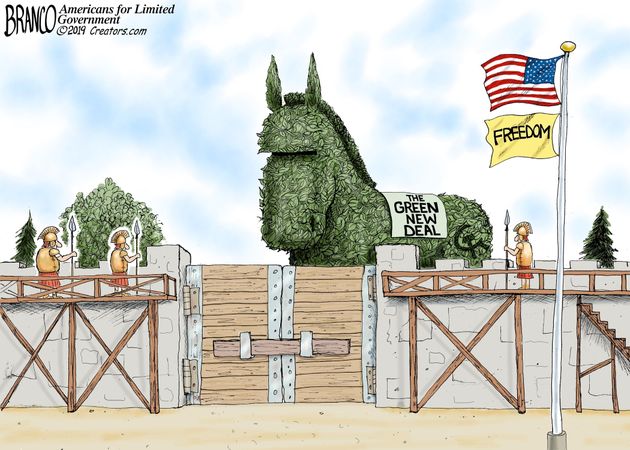 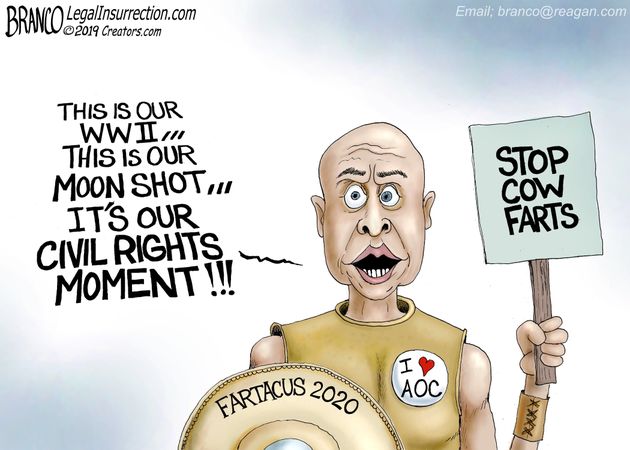 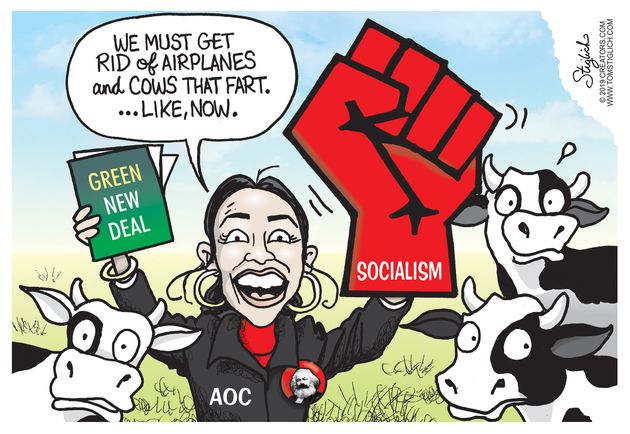 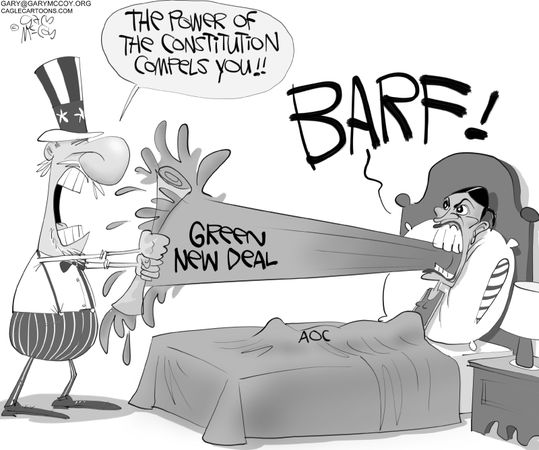 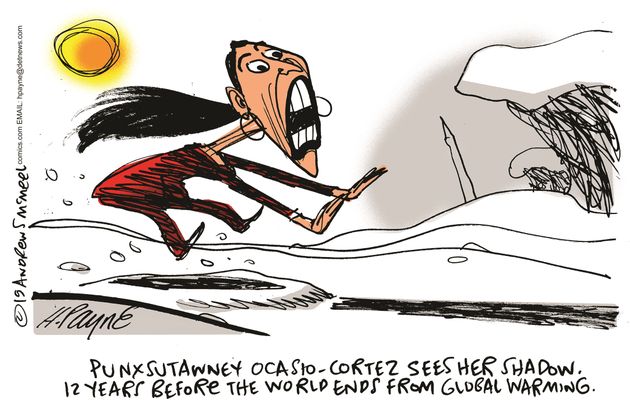 He’s pushing their buttons. They respond like jack-asses in a box. Repeat until OAC wises up, in other words, until she’s back tending bar.

She would be wise not to get into a spit fight with the president. He can hurl spit through a fire hose.

Fully fund The Wall with $50 billion,
build it completely in a year,
then Democrats and Cortez get ownership of EVERYTHING!

And you even get ownership of the Whole World! Sign here.

I think the problem here is that 40% of Americans probably support Socialism. That’s why you see people like AOC representing us in Congress. And it’s quite possible that someone like AOC will become our President. Maybe in 10 years.

Is AOC as dumb as Barbara Boxer? they sound like Two of a kind.

Hopefully she will be voted out in 2020.

I would like to compare President Trumps IQ to hers, it would be like the sun versus a cigarette lighter.
Stupid arrogant little chihuahua.

“She sounds like a pre-teen girl...blended with a chipmunk.”

LOL. I actually like her in some ways (not her ideology or congressional voting potential), but that is a classic slam down.

It is their Trojan horse of bad ideas introduced into the political arena.

They will push, push and push and get passed what they can.

Then they will push, push and push some more until they get some more of it passed.

Eventually, they hope to feed the entire sandwich to the American people without them realizing they've eaten the whole thing. ONLY if we stay vigilant ... the Dems absolutely NEVER give up and don’t care how long it takes; they stay on task, keep their agenda going for decades (i.e., “Obamacare”). Conservatives take a minor victory and go back to their lives, while the Ds just keep on truckin’.

119 posted on 02/12/2019 4:25:17 PM PST by EDINVA
[ Post Reply | Private Reply | To 1 | View Replies]
To: Red Badger
She quoted a Washington Post article which stated, “Reading the intelligence book is not Trump’s preferred ‘style of learning,’ according to a person with knowledge of the situation.”

Another post turtle quoting a fake news narrative. Hmmm. What is another word for unnamed sources? Mockingbird?