Authorities in Paris have launched an investigation after anti-Semitic graffiti was found Saturday sprayed across a bagel shop in the city's old Jewish quarter.

The word "Juden," which is German for Jews, was discovered on the glass window of a Bagelstein chain as anti-government protesters and police forces clashed in other parts of the French capital.

"The most filthy anti-Semitism in the streets of the city of light," government spokesman Benjamin Griveaux said on Twitter.

The French League Against Racism and Anti-Semitism showed a photograph of the bagel shop graffiti alongside a photo of a Berlin shop in 1938 Germany that was marked in a similar way.

The Representative Council of Jewish Institutions in France, or CRIF, expressed "indignation and anger" after the discovery. The group added it was an "act that recalls the darkest hours of history."

The anti-Semitic vandalism was discovered after a French yellow vest protester's hand was ripped apart during violent clashes in Paris as demonstrators tried to storm the French National Assembly in a 13th consecutive week of unrest.

Last fall, French Prime Minister Edouard Philippe announced a 69 percent rise in the number of anti-Semitic acts reported to police in the first nine months of 2018 compared to the same period last year.

Keep importing Koranimals and you were expecting maybe a tribe of Gandhis?

Yeah, uh...you should probably not throw the borders open wide to people who hate you.

Just a suggestion, though....

Agent provocateurs is my guess. Trying to make the yellow jackets look bad by doing stuff like this during the unrest.

I saw the word “Juden” and “Il Duce” all over Italy and Sicily 20 years ago. Nothing changes in Europe. What’s new is that it is new in the USA.

10 posted on 02/11/2019 8:18:07 PM PST by Jewbacca (The residents of Iroquois territory may not determine whether Jews may live in Jerusalem)
[ Post Reply | Private Reply | To 6 | View Replies]
To: CondoleezzaProtege

It’s stuff like this that really perplexes me. Who in their right mind hates bagels?

11 posted on 02/11/2019 8:46:22 PM PST by vannrox (The Preamble to the Bill of Rights - without it, our Bill of Rights is meaningless!)
[ Post Reply | Private Reply | To 1 | View Replies]
To: CondoleezzaProtege
The handwriting has been on the wall for a while for French Jews. Either they can get out while the gettin's good or they can have a Holocaust Part 2 from the muzzlime sub human animals France, in its libtard fogged state of mind, insists on importing. France is showing its great intelligence trading peaceful productive Jews living there for murderous thugs. They will eventually come to their senses--when it's too late and sharia has become the law of the land. Ditto most of Europe on that, the dopes.

Mene, Mene - God has numbered the days of your kingdom - and brought it to an end;
Tekel - you have been weighed on the scales and found wanting;
Upharsin - your kingdom is divided - and given to the Medes and Persians 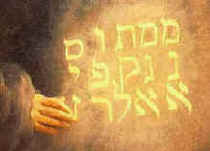 *** Agent provocateurs is my guess. Trying to make the yellow jackets look bad by doing stuff like this during the unrest. ***

My first thought, too. Aside from shooting people, deaths, unprovoked beatings, woundings,and teargassing people,including children this would not surprise me. I posted a link the other day to a French Policeman hurling a rock through the window of a business.

Meanwhile, some spray paint makes the Western news, while the months’ long civil unrest, and demands for Macron to step down, hundreds of thousands of people taking to the streets gets scant coverage.

Maoist Commuinists have taken to wearing yellow vests and pulling shenanigans in France. They say they want to take the Revolution “back”.

Shhh — be quiet! Don;t you know that reality is the enemy of today’s Leftists in power and not in power? You’ll lose your job over this or worse.

15 posted on 02/12/2019 2:02:47 AM PST by Stepan12 (potusm)
[ Post Reply | Private Reply | To 3 | View Replies]
To: CondoleezzaProtege
Those of you who might be interested in a look at Europe's possible future, who like reading military SF, you might want to check out Caliphate by Tom Krattman. This book is available for free download at Baen.com's website at the link. He tells the truth about the evil of mohammadism. Krattman is on my very short list of 'authors I read immediately when a new book comes out list'.

Spoiler alert: Mecca gets hit with not one, not two, but three nuclear weapons.