A long forgotten video clip from ABC's "The View" resurfaced on Wednesday that showed co-host Joy Behar trying to explain a Halloween costume from when she was younger.

The clip was shared by The Wrap media editor Jon Levine. Behar was seen discussing a New York Times op-ed about the resurgence of curly hair during the show in 2016. Behar showed her colleagues and the audience a picture of herself with curly hair when she was 29 years old.

The co-hosts appeared surprised by her drastically different look. Raven-Symoné, a former co-host, asked, "Joy, are you black?"

Fire her ass. Live by the PC, die by the PC. Bitch gotta go. ‘Rats are so confused.

So, if one identifies as Black, they can dress the part, and use chemicals to modify appearance.

But, if one doesn’t identify as Black, then it’s cultural appropriation, and verbotten.

They make up the rules as they go along... 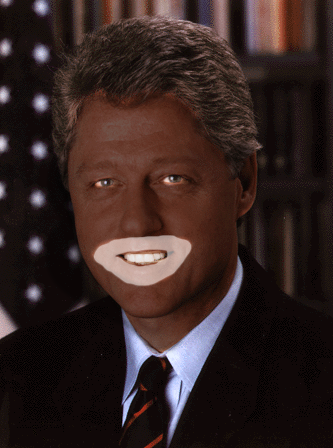 The fine Washington Post columnist Al Kamen once held a contest via his “In The Loop” column:

And now, a picture of the 43rd president of the United States,
gettin’ down with the rock band “The Boogies.” It happened at
a press party Sept. 5 at a Martha’s Vineyard nightclub owned
in part by singer Carly Simon.

The band features ‘70s tunes and dresses in outlandish costumes, with Afro wigs and such. Toward the end of the party, Bill Clinton went on stage to say so long to the reporters and photographers, who, by general understanding, are off-duty at these events.
Clinton first joked that the band’s costumes could be the new
White House dress code. That’s when a band member slipped up
behind him and put an Afro wig and a strange zebra-like hat
atop his head.
Clinton warned no more press parties if the picture appeared
in the paper the next day. Hey, it’s been three weeks, so we’re
off the hook. The photo was taken by a nonpress person who was a guest there.
The photographer wanted no credit. Guess people will do anything for two Loop T-shirts.

PHOTO OF CLINTON IN AFRO WIG

I appreciate the heads up.

#6. Poor Michael Jackson. Now the blacks and white libs will dig him up and move him to a pauper’s field for pretending to be white.

His song with Paul McCartney, “Ebony and Ivory” will now be retitled “Black and Pale”.

His monkey will be killed because it is associated with the jungle and black African natives.

His song “The Kid/Child Is Not My Son” will be banned because it refers to date rape or something else that ridiculous.

His song “Billy Jean” will be banned because it sounds so gay.

“Beat It” will be banned because it promotes bullying and macroaggression.

“The Man In The Mirror” will be banned because it is a theme song for “self-depreciation” for blacks.

It’s hard for someone to pretend to be someone else if they are white imitating a black or Asian but not relevant if it is a man pretending to be a woman or vice versa.

Hey, is there a guide to all of this banned or permissible PC stuff? I’m getting a headache keeping track of what I can and cannot do in “Liberal-Land”.

Didn’t they fire Megan Kelly for so much as mentioning Halloween black face? The way the media is really showing the complete hypocrites that they are

Completely stupid hypocrites they are. 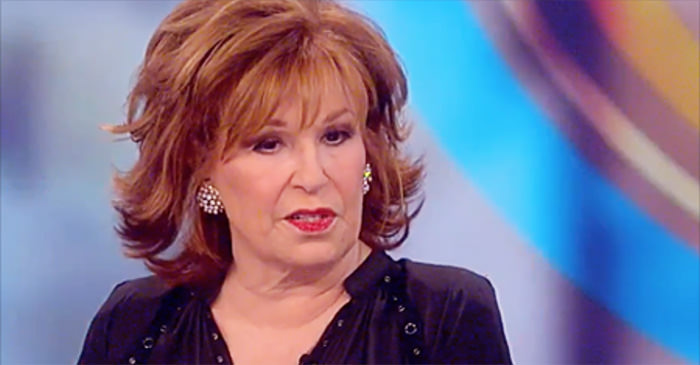 The adjective beautiful should never, ever be used to describe Joy Behar.

Snopes says that isn’t them.

Snopes says if it was genuinely the Clintons why did it take so long to surface.

Is there microfiche of the 1997 article in a library?

16 posted on 02/07/2019 12:42:36 AM PST by a fool in paradise (Denounce DUAC - The Democrats Un-American Activists Committee)
[ Post Reply | Private Reply | To 9 | View Replies]
To: donna
Save a copy for yourself-you might never get another chance to see it if this copy is disappeared. ” video clip ... from when she was younger.”
There are not a lot of video clips from when some person was older.

So how does Talcum X, Shaun King, fit into all this?

In 2008 the Clintons were denounced by Democrats as racists during the primary.

...Interviewed by ABC News in Monrovia, Liberia while on his world AIDS tour with his foundation, Mr. Clinton talked a bit about the role he played in the failed presidential bid of his wife, Senator Hillary Rodham Clinton. And he still seemed to be smoldering about his portrayal by the media and others...

The third-ranking Democrat in the House of Representatives and one of the country’s most influential African-American leaders sharply criticized former President Bill Clinton this afternoon for what he called Mr. Clinton’s “bizarre” conduct during the Democratic primary campaign.

Representative James E. Clyburn, an undeclared superdelegate from South Carolina who is the Democratic whip in the House, said that “black people are incensed over all of this,” referring to statements that Mr. Clinton had made in the course of the heated race between his wife, Senator Hillary Rodham Clinton, and Senator Barack Obama.

Mr. Clinton was widely criticized by black leaders after he equated the eventual victory of Mr. Obama in South Carolina in January to that of the Rev. Jesse Jackson in 1988 – a parallel that many took as an attempt to diminish Mr. Obama’s success in the campaign. In a radio interview in Philadelphia on Monday, Mr. Clinton defended his remarks and said the Obama campaign had “played the race card on me” by making an issue of those comments...

Former President Bill Clinton defended himself Wednesday against accusations that he and his wife had injected the issue of race into the Democratic presidential primary in South Carolina, and he accused Senator Barack Obama of Illinois of putting out a “hit job” on him.

Mr. Clinton’s remarks were delivered in an even tone but heightened the tension between the Obama and Clinton camps. Mr. Clinton dredged up complaints about voting in the Nevada caucuses on Saturday, where Mr. Obama won more delegates but Mrs. Clinton won the popular vote, and continued to mull publicly the role that race could play in the primaries.

That issue has permeated the campaign here [South Carolina] in advance of the Democratic primary on Saturday, in which at least half the voters are expected to be black.

Mr. Clinton also suggested in public remarks that his wife might lose here because of race. Referring to her and Mr. Obama, he said, “They are getting votes, to be sure, because of their race or gender, and that’s why people tell me that Hillary doesn’t have a chance to win here.”...

...“I never heard a word of public complaint when Mr. Obama said Hillary was not truthful,” Mr. Clinton said. “He had more pollsters than she did. When he put out a hit job on me at the same time he called her the senator from Punjab, I never said a word. And I don’t care about it today.” (The reference to the senator from Punjab was in a memo by an Obama campaign staff member.)...

...As the first primaries got underway in 2008, and Obama began to slowly pull ahead, the Clinton camp resorted to increasingly blatant race- and Muslim-baiting. It started in February, when Louis Farrakhan, the head of the Nation of Islam, endorsed Obama in a sermon. In a debate a couple days later, moderator Tim Russert repeatedly pressed Obama on the issue, who responded with repeated reassurances that he did not ask for the endorsement, did not accept it, and in fact was not a deranged anti-Semite. That wasn’t enough for Clinton, who demanded that Obama “denounce” Farrakhan, which he did.

About the same time, a picture of Obama in traditional Somali garb (from an official trip) then appeared on the Drudge Report, and Matt Drudge claimed he got it from the Clinton campaign. After stonewalling on the origin question, the campaign later claimed it had nothing to do with it. A Clinton flack then went on MSNBC and argued that Obama should not be ashamed to appear in “his native clothing, in the clothing of his country.”...