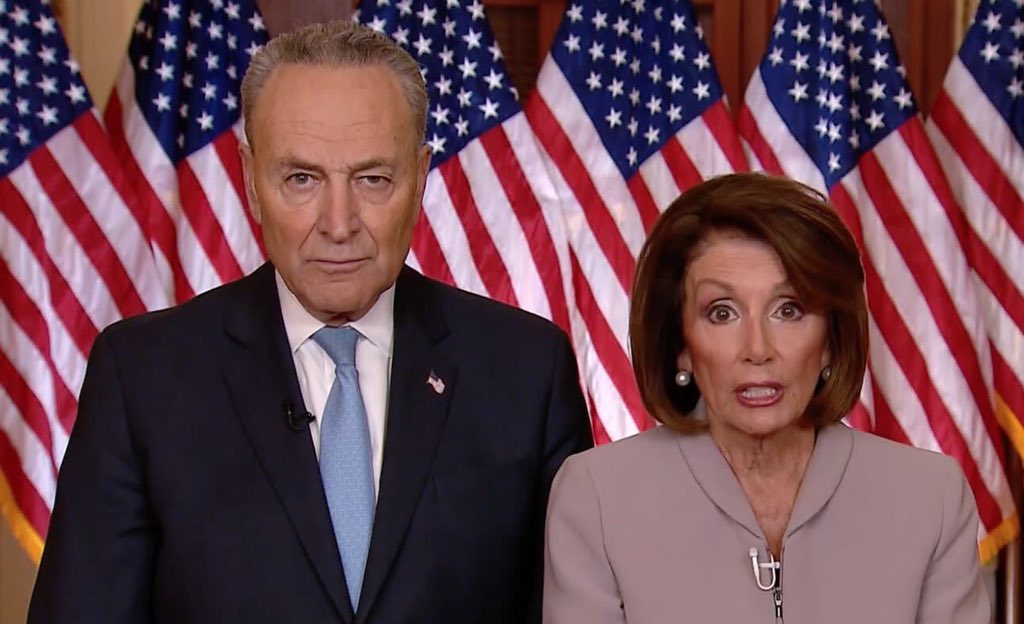 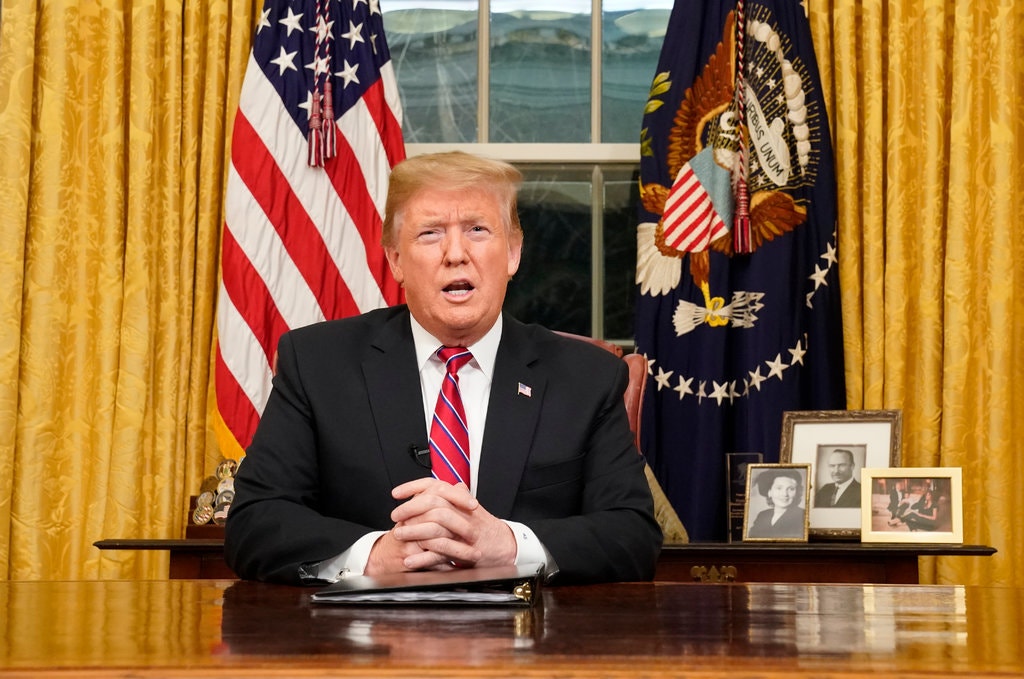 TOPICS: Activism/Chapters; Breaking News; Constitution/Conservatism; Front Page News
KEYWORDS: bordersecurity; buildthewall; callsenators; capitolswitchboard; congresscritters; maga; steelbarrier Navigation: use the links below to view more comments.
first 1-20, 21-40, 41-60, 61-80 ... 121-132 next last
I know I am abusing "Breaking News" but I wrote to President Trump last to tell him I was going to call Demonic-Rat senators and Pelosi to tell them to fund the $5.7 Billion and close all the loop holes AND that I was going to post this call to action on Free Republic to ensure his request to the citizenry would get a massive response, so please "burn up the Capitol's switchboard!"

Call Nadler, Schumer, Pelosi, Swallwell, all the horrids and your own! Tell them all whatever you want!

"Manufactured crisis" my aching a$$.

God be with us!

We need yellow vesters in DC!!

Post speech, Kevin McCarthy was on Hannitys program. He was assured that the Republicans were in full support of the President and securing the border. I say, PROVE IT! Call them all to the steps of the Capitol, with signs, saying.......BUILD TRUMPS WALL!!!

If Trump had 100% GOP support he’d get this done. Paul Ryan dropped the ball. He lost the House for us, and here we are.

The gruesome twosome ( Nancy and Chucky) are not going to budge an inch. She insulted the American people by offering a buck for the wall. Sign their bill and then have the Army Corps of Engineers build the wall. Stuff this issue up their rears.

They looked like corpses with two much make up on. It was a bit freaky.

I liked his speech. All except the part where he referenced Obama’s wall. It’s a silly comparison and sounded petty.

First attempted to contact my DEM Rep, (he stole the seat) Joe Cunningham in South Carolina. Unfortunately, his phone message was, “UNABLE TO RECEIVE CALLS AT THIS TIME.” So, I called Sen. Graham’s offfice and in my message, asked him if Congressman Cunningham is OK, as he is unable to take calls at this time.

I have emailed my democrat senators to tell them I support the President’s effort and asked them to fund the wall.
I’m sure they will only act if their constituents flood them with a boisterous outcry.

It does, but come on. He’s a former President that could easily be kidnapped or have his family kidnapped. And to be fair, it’s not much of a wall. The Sec. Service protection he has there is far more formidable.

But that’s not the point. The two problems are apples and oranges and it weakened his argument. I started getting texts during the speech after he said that so a lot of people I know sort of cringed the same way.

I’m jaded though. I am on record here as saying I never thought any form of wall would be built. Never believed it, even when he said Mexico would pay for it during the campaign. To me, that made it all the more unrealistic. I don’t know how this ends, but it won’t be without compromise and it won’t be with a wall. I believe it when I see it.

Forget calling the Democrat Traitors & Turncoats, Human Scum & vermin that they all are!!! Open your pocketbooks and make a donation to WWW.GoFundMe.com/TheTrumpWall, the Southern Border Wall funding campaign started by ex-USAF military hero, who has lost both of his legs and one arm in defense of our nation, Brian Kolfage (God Bless Him & His Family).

Either this Thursday or this Friday, Mr. Kolfage will be making & announcing a “blockbuster” plan that will make the already raised $20,000,000.00 USD, like child’s play. stay Tuned...but, contribute right now.

Silly and petty may be the only way to reach some voters, or Congress critters.

MAGA caps is more our style.

Maybe. The reality of it all is that his speech likely and Pelosi’s speech likely swayed few people. Most have their minds made up and neither of the speeches I suspect converted anyone.

The undecideds are the “game” so to speak. Unfortunately I suspect they’ll take a narrow view about not wanting taxpayers to fund the wall, rather than think the problem through to the end where long term, we’d probably save money. That likely works against Trump, but we’ll see.

No you're not. This folder is called "News/Activism".

And I would like to see signs that say:

Where has it gotten us? More lies and laws broken or not upheld. The constitution stomped on everyday.

It is time to drag these basturds out by their heels or SECURE THE BORDER ourselves.

Well this is true and I know that. My point was if Congress is behind Trump, as McCarthy stated, then let’s see the signs specifically supporting Trump.