Mitt Still Does Not Get It
American Thinker.com ^ | January 8, 2019 | Christopher Chantrill

I was in India last week, researching India's Big Problem, which is that whenever young men feel cold in the morning, they start an open wood fire, right there in the street, right there in the city.  No wonder that Google reports weather conditions as "smoke" throughout the subcontinent.  Such a thing would not, could not, happen in the land of white supremacy.  No, siree.

When he won the election, I hoped he would rise to the occasion[.] ... But, on balance, his conduct over the past two years, particularly his actions last month, is evidence that the president has not risen to the mantle of the office.

Then Romney pontificates about moral uplift.

Then Romney pontificates about moral uplift.

To a great degree, a presidency shapes the public character of the nation.  A president should unite us and inspire us to follow "our better angels."

Because he still doesn’t realize he’s an idiot.

Mittens still sucks and always will.

His father’s and his presidential loss has made him the most bitter candidate in history.

The bums in LA are always starting their own fires which very frequently get out of control. They’ve started several wildfires in Griffith Park. (But we’re not supposed to know that, re the “authorities”.)

Mittster is taking directions from SLC.

And I hate that smarmy smile he has stuck on his face.

But never forget that if anyone here said those things about Mitt in 2012 many FReepers would attack saying “You just want Obama to win.”

A lot around here jerk their “I’m always right” knees like libtards.

Now these same FReepers jump on the bandwagon looking in the rearview miror. 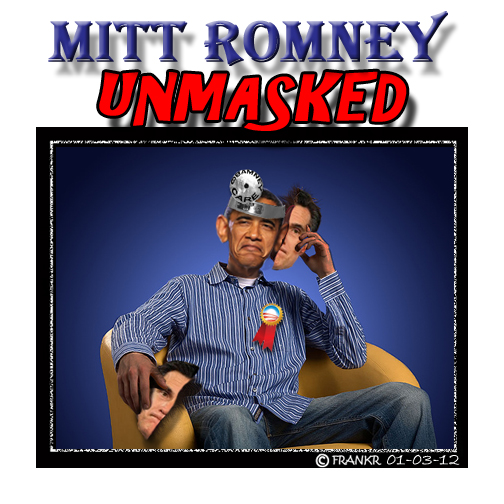 I lived in MA while Romney was Governor. I know, first hand, what a despicably dishonest bastard he truly is. If he thought it would get him a vote, Romney would kill his own mother.

Mitt is trash and always has been.

Not I, but then I was not on this forum for most of that period. The only one who had me half-fooled was Ryan. I say half, because there was that nagging sense that Romney would not have picked him if he were conservative.

I caught on to the Neocons after Reagan. As for Willard the ‘Rat [DemocRat in all but name]: I knew he invented communist healthcare, and handed the template intact to Barry Soetoro. I watched him take the fall in 2 & 3. Ergo, UniParty hack.

I forced myself to vote for him; it was hard. I disagree that he does not get it: He is an owned globalist.

He gets it just fine; he has a role to play for the UniParty, like McCain, Ryan, and McConnell.

It is all a sick game. 100% of Senators voted to prevent Trump from recess appointments. One No vote - ONE NO VOTE - would have sufficed to allow the President of their own supposed party to proceed with his mandated agenda.

There are no White Hats. There are many Black Hats, and few Gray Hats.

Should we start making bets as to what President Trump will name Mitt? I'll start by putting forth: Mitt My Biotch.

I h8 mittens Romney So much so it’s sinful. I guess I don’t get my magic underwear this month.

I think he’s utterly demoralized over the idea of being a 71 year-old junior senator from a pretty inconsequential state.

I voted for Romney. WHAT? I was supposed to vote for Obama? Just because I voted for him, doesn’t mean I think he’s a good guy. I’m always going to vote for whomever is running against the lefties. If we had a viable 3rd party candidate, who could actually WIN an election, I’d vote for THAT person. But in a democratic republic, more than two parties just doesn’t work. All it does is split the conservative (usually) vote. Actually, it probably cost Hillary the election, since enough Bernie supporters wouldn’t vote for her, thank God. But usually, it’s republicans it backfires on. (Thanks, again, Perot).
What burns me up, is that McConnell put mutt on the foreign relations committee. Why did he get to be on ANY committee? He’s a backstabbing nevertrumper. Says more about McConnell than it does about Mutt. Whatever pressure Trump’s base can put on McConnell, needs to be tripled. He cannot be trusted.

Mitt will never “get it”.

I voted McCain and Romney as a vote against Obie. If not for Trump I would not have voted in 2016.