Navigation: use the links below to view more comments.
first previous 1-20, 21-34 last
To: CondoleezzaProtege
Define "Modern".

The TU-160 is an old Soviet design - first built in 1981. Even my old school math says 38 years old. With classic Russian bad maintenance and few spares.

My question - how the hell did theese make it as far as SA? How many other TU-160s did they have to strip to get these two working? 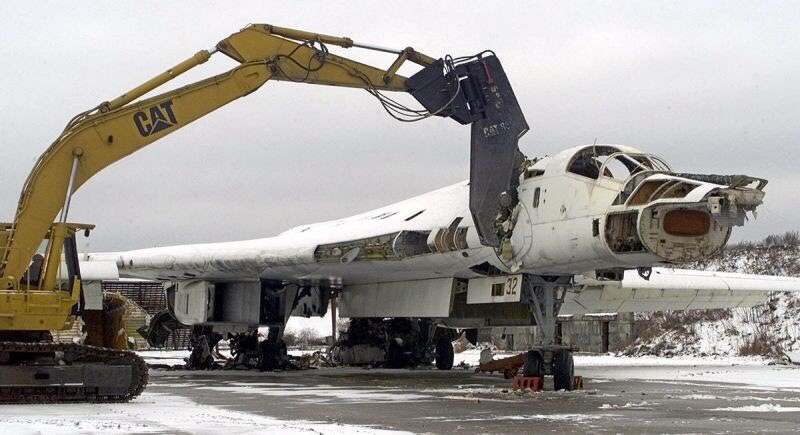 which is to say they wee chopped up. You can see even before they were cut to pieces, they had been stripped....

My dog had a tick.
I used my finger nails.

John has a long mustache.

The chair is against the wall.

As someone who has visited over there, I can tell you he is extremely popular with his people.

The rest of you comment are the words of a fool or NWO stooge. Which one are you?

His ‘popularity’ (if you can call it that) cannot be gauged simply by what people say, especially if you’re an outsider.

It’s good to get along with Kim Jong Un too. Called diplomacy.

Oh, the Putin whores speak up.

Bolsonaro is even more of a man and would even consider allowing the US a base in Brazil because of the threat of Russia in the region.

Russia has no freedom of elections, perhaps the Putin whores can remind us of that.

Bolsonaro is even more of a man and would even consider allowing the US a base in Brazil because of the threat of Russia in the region.

Russia has no freedom of elections, perhaps the Putin whores can remind us of that.

Poll: More Americans Than Ever Want to Move Out of the U.S.

Actually, 2018 Was a Pretty Good Year

The Frustrating Necessity of Staying in Syria and Afghanistan, Explained

Nothing to Envy in EU Membership

The Mission in Syria Was Mission Creep

The Coming Scramble for Africa

More Syria Thoughts: The Case for Intervention Was Never Made

(Illustration: Roman Genn)
All available evidence points to Putin’s complicity in the 1999 apartment-building bombings in Russia. Those who have tried to investigate have been killed off, one by one.

If Russia was not the historical aggressor, thus requiring defensive measures by other nations, then there would hardly even be any US military bases in Europe, and missiles pointed at her. Its not the Hungarians who invaded other nations to bring them under its rule, while US defense spending decreased after the fall of the Soviet Union, and shifted away from that sphere.

33 posted on 01/06/2019 6:02:01 AM PST by daniel1212 (Trust the risen Lord Jesus to save you as a damned and destitute sinner + be baptized + follow Him)
[ Post Reply | Private Reply | To 3 | View Replies]
To: Rebelbase
If it’s true that the Russki cruise missiles have a range of 3400 miles then 3/4 of the US is within target range moments after those bombers take off from Venezuelan soil.

Which would be much longer than after Russian subs nuke Washington D.C., etc.