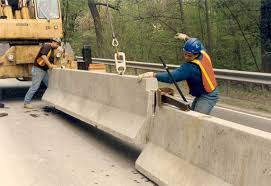 Very effective in keeping out border invaders confined to WHEELCHAIRS.

‘This could be a great opportunity to get the wall built.’

But one thing — and this is important —

If spooky info comes out too soon some wacko in a black robe could crack a nut with his gavel — “Cease and desist. Racist motivation.”

They can't be serious...

I hate to state the obvious but the leftist organizers of this invasion need blood to further their cause. I’m expecting some ugly pictures.

Thanks for that photo and caption. Helpful info I can now visualize. As if L.A. traffic wasn’t already bad enough.
I can guess that tensions are very high all along the US/ Mexico border. No one knows how bad it could get.

We may need to occupy a sliver on the Mexican side to keep the invaders out, and Trump and Mattis had better start preparing the American people for this. Now. The Mexican government will have to be confronted big time. Politics as usual isn’t going to work.

My first hand Visual is,
Grey Huey choppers cruising
The Border near Campo.
Two groups of Camouflaged
American Troops alongside
Hwy 8 near Alpine,California.
They were stopped on the shoulder
of the Freeway milling about,30 soldiers each.
No markings on Vehicles,
No Weapons.
One soldier had a classical guitar.
In 13 yrs. of going to Campo,
I have never seen these indicators.
This happened 10am Friday.

Who thinks 800 troops are going to use arms to turn them back..?

They will handle PAPERWORK.

They won’t quite be handing out soccer balls and teddy bears, but it will be close.

So far I see no difference between this and WhoreHay’s use of the National Guard on the border, a sordid episode during which troops were admonished to...

“RUN INTO THE DESERT IF YOU SEE YOUR DUTY STATION APPROACHED BY ARMED NARCOS.”

Quad 50’s would do the trick. Worked in Korea on mass charges.

Perhaps regular American citizens - well armed and with sufficient ammunition, should man the border - and shoot dead these invading turds as they cross over.

If we can no longer trust our elected leaders or military to defend our nation, then we the citizens must take on the responsibility ourselves. To hell with the legal consequences, or the PR bullsh*t - we have a nation to defend and save from invasion.

President doesn’t need support from Governor to use Federal Troops.

The black robed ones better hope that the American citizenry does not decide to “crack a few nuts” with their own “gavels” - if you get my drift.

Your thoughts are shared by a great many patriot men, absolutely sickened by the direction America is going.

It’s 800 extra workers to do all the skugs’ phony asylum claims. theyll set down their rifles and help a 7000 strong invasion...to walk right in.

It will stop vehicles.

Now the US is being pro ableist.