Won't matter if some liberal judge tries to issue a restraining order on the President's E.O. It'll be ignored, due to the Supreme Court's ruling from June of this year.

I suppose you are right. But you have to admit that mentioning ‘jersey barriers’ lowers expectations. I hope that was the intention.

Particularly if the space between them is filled with piled up rolls of razor wire. 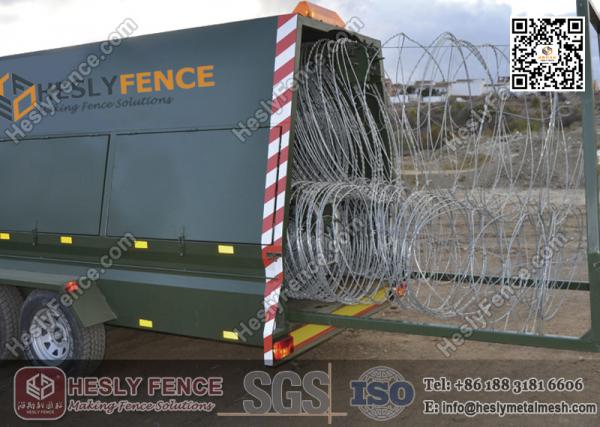 Presser right not on fox. Looks like Trump is serious. 5200 troops, razor wire fence. Nice! Hope it works out and some Judge doesn’t stop it.

Not sure when/if I’ve ever seen that with the current set of politicians. They never ignore judges. Instead they appeal until a judge says it’s ok.

But never for the exact same thing or circumstance.

Liberal judges issued injunctions against President Trump's travel bans, which fall under the President's jurisdictional authority over all matters of immigration. That was a huge overstep on their part, as the Constitution and the law are absolutely clear about the President's broad powers in this area.

The Trump administration took the case to the Supreme Court, and the court found for the President. They reaffirmed what is already clearly spelled out in the law.

Because the high court rendered that judgement, it's not necessary for the President to go to court, if or when some idiot lower court judge tries to supersede his legal authority on immigration again.

This doesn't mean that lower court judges wont try to interfere with him on other issues, but on immigration, the case is closed.