U.S. military officials were left in the lurch last Thursday when North Korean representatives simply failed to show up for a meeting on recovering and repatriating the remains of the U.S. troops killed during the Korean War, the Washington Post reports.

According to the Post, officials from the Defense POW/MIA Accounting Agency and representatives from United Nations Command were left waiting in the Joint Security Area of the Korean Peninsula’s demilitarized zone on July 12, although it is unclear why the North Korean counterparts failed to attend. “We were ready,” according to one anonymous official who spoke to the Post. “It just didn’t happen. They didn’t show.” This move was clearly a surprise: According to Stars and Stripes, Pentagon officials “have been on standby for weeks and have sent wooden coffins and flags to Panmunjom in preparation for a handover” to U.S. government officials. “Vice Chairman Kim Yong Chol agreed in his dialogue with Secretary Pompeo to have his team meet with an American team in Panmunjom on or around July 12th to move forward with the repatriation of American service members’ remains,” State Department spokesman Heather Nauert told Task & Purpose. “Midday July 12th they contacted us and offered to meet on July 15th. We will be ready.” Around 7,700 American service members remain unaccounted for from the Korean War, according to the Defense POW/MIA Accounting Agency; of those, 5,300 are believed to be located within North Korea. It’s worth noting that the repatriation of military remains was virtually the only solid point of agreement between Washington and Pyongyang following the historic summit between President Donald Trump and North Korean dictator Kim Jong Un on June 12.

Trump claimed in late June that the repatriation of the remains of U.S. service members killed on the peninsula during the three-year conflict was already underway, telling a crowd during a Minnesota campaign rally that “we got back our great fallen heroes, the remains sent back today, already 200 got sent back.”

The current status of such transfers remains unclear.

TOPICS: Foreign Affairs; Front Page News; News/Current Events
KEYWORDS: americanintokyo; krassenbot; krassenbotintokyo; mia; nevertrump; nevertrumpintokyo; nkorea; northkorea; panmunjom Navigation: use the links below to view more comments.
first 1-20, 21-37 next last
They’re jacking us around again—as they have for 60 years—USS Pueblo included. Not sure why we continue to stand for it.
1 posted on 07/12/2018 9:34:26 PM PDT by AmericanInTokyo
[ Post Reply | Private Reply | View Replies]
To: AmericanInTokyo

The meeting was reschedlued for Sunday. 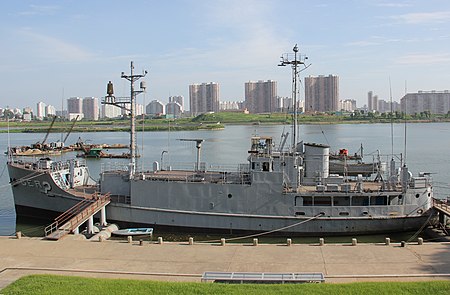 They play games and can be blockaded for it. Trump should tell Li Kim to bring it.

The recent Singapore summit indicates that a “bloody nose” attack on DPRK is unlikely to result in Korean War II. It may be time.

War games back on...

Why don’t we send in lizards and steal their rain clouds instead?

Of course they did. That’s how it works. You do follow this nasty, arrogant tactic they also do to/on the South Koreans for Panmunjom and other bilateral meetings, too?

They stand up the other side. Make them travel 1/2 the globe and show up and then zilch. Then sit in a hotel room for 3 days. They did this to the US advance team for Singapore as well... it is a psy op, a power play, and they do it to test and for other reasons as part of their “salami slicing tactic.” We are the USA. We ought to put our foot down on this “North Korean Art Of The Deal.”

The charade of voluntary denuclearization is over..

That byline should be cause for skepticism of the entire story, especially in light of the MSM's persistent narrative to undermine President Trump's agreement with North Korea. My gut says it's BS.

True that but the resident “Chicken Hawks” praying for a war so they can strut around would rather believe the MSM. I say lets put them on the front lines if it ever came to the point where it was an actual conflict, how long do you suspect before they start crying to come home.

War is hell, and it is no game for soft hearts. Look at at all the soldiers we lost in Viet Nam because somebody wanted a war to make money and it, like the prior conflict in Korea ended in a stalemate

How about Stars and Stripes.
They are cited too
Also, are you saying this did not occur?

Today’ Joongang Ilbo Daily news from Seoul English edition. Major South Korean paper, journalist Sarah Kim wrote it. I have her email addrsss if you’d like—you could confirm with her:

“North fails to show up for talks in Panmunjom
July 13,2018
The United States and North Korea were supposed to discuss the repatriation of the remains of U.S. soldiers who died during the 1950-53 Korean War on Thursday but couldn’t because the North Koreans didn’t show up.

The talks would have come a month after the summit between U.S. President Donald Trump and North Korean leader Kim Jong-un in Singapore on June 12. The meeting was arranged during U.S. Secretary of State Mike Pompeo’s visit to Pyongyang last week, over July 6 and 7.

The U.S. side, led by Department of Defense and United Nations Command officials, was expected to hold a meeting with their North Korean counterparts that morning at the truce village of Panmunjom at the inter-Korean border at the demilitarized zone. “

Well, these little ambiguities when forging a deal cannot be left floating.

I hope our State department is doing better than this when finalizing the 5D chess deal.

Give it time - Trump won’t waver and things will either work out or the Norks will suffer more...

I could be wrong, but I don’t think North Korea interred any remains properly.

Are the remains scattered over a hundred thousand acres having been picked apart by scavengers? The North Korean dictatorial government of the last 50 plus years has always been a tyrannically oppressive regime fed by the bloodlusts of demented meglomaniacs.

And we are looking for order among the chaos?

That’s fake news. They postponed it. It’s not the problem the fakes news is trumping it up to be.