Democrats are looking to seize on growing public worries about data privacy to rally voters in the upcoming midterms.

But in a couple key Senate races in Nevada and Arizona, Democratic campaign groups say public frustration over how corporations are able to suck up increasing amounts of consumer data could make a difference.

Only 15 House Republicans voted against scrapping Federal Communications Commission rules that would have prevented broadband companies like AT&T, Verizon and Comcast from collecting “sensitive” data, including browsing histories, from consumers.

To Democrats, the vote fits perfectly into their messaging as they try to brand Republicans as looking out for corporate interests at the expense of consumers.

Facebook was hoping people have forgotten how they cost Hillary the election by taking Russian money for Russian FB memes.

This will open old wounds for Mark Zuckerberg and FB.

I don’t use facebook and block their tracking cookies along with all the other social media sites.

I guess everyone is already aware that Cambridge analytical was universally celebrated by the Zerobama administration data mining operation when they used it in 2012. And only vilified and run out of business after trump used it successfully in 2016 right?

I am sure nobody in the MSM will notice the large corporate paid and in-kind support of Democrats by Facebook, Google, Amazon.

The Big Lie—that is the Democrat Party strategy in a nutshell.

Uh, while all the high tech liberal idiots such as Google and Facebook don’t give a shi...er...Obama about our privacy?
Bring it, libs, bring it.

6 posted on 06/17/2018 5:38:46 AM PDT by Da Coyote
[ Post Reply | Private Reply | To 1 | View Replies]
To: yesthatjallen
Facebook was hoping people had forgotten how they cost Hillary the election by taking Russian money for Russian FB memes.

Typical of libs. Commit crimes and then point fingers at others accusing them of those same crimes. Democrats/liberals are the biggest abusers of our privacy.

This has got be a joke ... democraps concerned about data privacy? They have an excellent track record ... when they were in charge they can’t protect the electorate from Russian influence, they can’t secure their own emails and servers legally and illegally, they want everyone’s medical info on big government computers, they are for the government collecting everyone’s cell phone data to prevent terrorism, etc etc etc..... Sure, democraps will protect your data and make sure people who misuse others data are prosecuted.... right! I can’t stop laughing.

9 posted on 06/17/2018 5:43:13 AM PDT by Susquehanna Patriot (Do Leftist/Liberals Really Believe That Dissent = Highest Form of Patriotism?)
[ Post Reply | Private Reply | To 3 | View Replies]
To: yesthatjallen
What a winning strategy! Attack the horrible, evil Republicans running Facebook, Google, Amazon, LinkedIn, WhatsApp and all the other social outfits.

This issue is high on everybody's worry list, right up there with misspelled words on tattoos and the depletion of our national reserves of belly button lint.

I'm surprised "Climate Catastrophe" isn't their #1 pick. It's a fresh, new campaign issue that nobody has heard of yet. 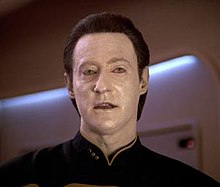 Were they making reference to this Data?
11 posted on 06/17/2018 5:43:45 AM PDT by OttawaFreeper ("The Gardens was founded by men-sportsmen-who fought for their country" Conn Smythe, 1966)
[ Post Reply | Private Reply | To 1 | View Replies]
To: yesthatjallen
"Social media platforms aren't going to appreciate this scrutiny." Not only that, the democrats are the ones collect all the personal data for use against opponents. Look at what they did to Trump. They are the people they are claiming to protect you against. Unfortunately, there are plenty of uninformed people that will believe it. Democrats should be openly mocked and ridiculed every time they mention this.
12 posted on 06/17/2018 5:45:46 AM PDT by Dutch Boy
[ Post Reply | Private Reply | To 1 | View Replies]
To: All
Maybe desperate Dems can make this a campaign issue, as well (smirk).

Gingrich said tech giant Google has an "obligation" to put in place a system to clean up biased search results "within a couple of hours" during an interview on "Sunday Morning Futures With Maria Bartiromo." Otherwise, Gingrich said "they run a risk that they're going to start getting hearings if in fact this is used as an engine of left-wing propaganda people are going to demand I think real reform."

Google 'apologized' for the offending search results, pinning the blame on search results that are automatically populated by sites across the Internet. Google said it sped up the process of removing the "erroneous information" about the California GOP,

House Intelligence Committee Chairman Devin Nunes, R-Calif, said on the same program that Republicans in Congress would pursue testimony from Google if the apparent bias against conservatives continues. "I would hope that they just don't get involved in politics and don't censor conservatives and Republicans, but if they continue to do it then we have to move obviously to hearings on these issues," he said. (Excerpt) Read more at washingtonexaminer.com ...

13 posted on 06/17/2018 5:46:18 AM PDT by Liz ( (Our side has 8 trillion bullets;the other side doesn't know which bathroom to use.)I wonder if th)
[ Post Reply | Private Reply | To 7 | View Replies]
To: yesthatjallen
This is a joke right? The party that got hacked and exposed, who hired a Pakistani who stole from them not only devices but data as well. They are going to seize on data privacy as midterm issue?

What is scary is that they might succeed in promoting themselves the champions of privacy, just as they have succeeded in labeling the Republican Party as populated with nothing but racists, when it was their party that was & still is the racist party. While the truth is they have been in the forefront of removing privacy as a hallmark of freedom. Though I must admit RINO's have been working along side their opposition party cohorts, instead of offering opposition.

<><>Facebook deleting a billion accounts is solid evidence of wrongdoing.
The SEC should be advised that FACEBOOK apparently mislead investors.

Investors need to bring their Facebook Annual Reports to their lawyers. The SEC prosecutes companies that falsify Annual Reports.

<><> Facebook disabled one billion faked accounts----means Facebook misrepresented itself to advertisers so that it could charge more for ads. This is a criminal offense. A couple of newspapermen were jailed b/c they cooked the books WRT readership —— to charge more for ads.

“We have ensured that our cronies have free and unfettered access to your most sensitive information, including national security secrets.

We won’t do it again.

So the Dims are going to save us from evil social media companies who are misusing personal data they mined from trusting users, basically spying on thought-to-be private conversations allegedly to pimp some product. Facebook, Twitter, et al, are run by Dims, are they not? Pound sand, Democrats. Your time is up.

Absolutely - you’ll note that the new laws in place are specifically setup to destroy any incriminating evidence (GDPR) - that’s so the leftists can make things go down the memory hole.

The end run around that is that any leftist working at the establishments can make a copy of conservative’s records and store it for later use.

Note also that Facebook’s “changes to policy” would only prevent commercial use of the information by third parties. They still collect the information and will still give it to the DNC if it’s politically advantageous.

We can all have a discussion about security clearances at the DOS under HRC and Obama!!!