A stampede on a footbridge at a Mumbai railway station has left 22 people dead and injured more than 30, Indian officials report.

It was triggered by overcrowding and people seeking shelter from monsoon rains, the officials said.

The injured have been taken to a nearby hospital and senior railway officials are at the scene.

"The incident occurred as heavy rains lashed Mumbai and passengers took refuge on the foot overbridge. People at the front slipped and the huge crowd toppled over, leading to the stampede," Indian Railways spokesman Ravindra Bhakar told AFP news agency.

"Twenty-two dead have been confirmed, 14 men and eight women... Some 32 passengers are injured."

Akash Koteja, one of the injured, said: "Trains were rolling in and some people wanted to get out of the station, but others were not making way. When a few tried, it led to a stampede."

TV footage from the scene showed commuters trying to rescue fellow passengers from the crush and revive people by pumping their chests.

"We put everybody who was injured in cars, police vans and ambulances and tried to take them to the hospital as quickly as possible," said one witness quoted by AFP.

Why did it happen?

An investigation has been launched into the causes of the disaster, but overcrowding on India's vast, crumbling railway network is a perennial problem.

The BBC's Yogita Limaye in Mumbai says the incident has once again put the spotlight on Mumbai's transport infrastructure, which is often criticised for being old and insufficient given the millions of people who use it every day.

Seeing the photos/videos of what a train commute in Bombay aka Mumbai involves I do not know how those people handle it.

Another colleague asked if he'd ever hung off a train like this:

/src on/Bombay is great if you luv mold and allergies. Things like this are why the the 3rd world is the 3rd world. You can add enormous amounts of wealth and opportunity, skyscrapers and cars and air conditioning. But unless fundamentals of culture change then you will always have this. It’s the same in China (no respect for human life), Mexico (no respect for the rule of law), and the rest of the 3rd world.

8 posted on 09/29/2017 8:08:48 AM PDT by azcap (Who is John Galt ? www.conservativeshirts.com)
[ Post Reply | Private Reply | To 1 | View Replies]
To: C19fan
There was a report published a few years ago about the Mumbai public transit system. At they time, they averaged 10-12 fatalities PER DAY on their passenger rail system. The most common causes of death were train strikes (people running across the tracks and getting hit by trains), electrocution (people riding on top of the trains and getting electrocuted from overhead wires), and blunt trauma (people hanging off the side of the train and hitting utility poles or other fixed objects along the right-of-way).

Imagine the outcry if a U.S. transit system had 10-12 fatalities over the course of 50 years.

Odd huh? Maybe some nfl pampered assclowns could kneel down in support. Ungrateful shots don’t know what it’s like.

I’ve always wondered about the psychology and sociology of stampedes. Although they very rarely happen in the Western world, they are a common occurrence in the Third World. Why is that? It is NOT about massive crowds. We have massive crowds at events and yet we only rarely have stampedes. The Third World has them all the time. Why? It has to be a cultural difference.

But it does have the following beautiful sights nearby 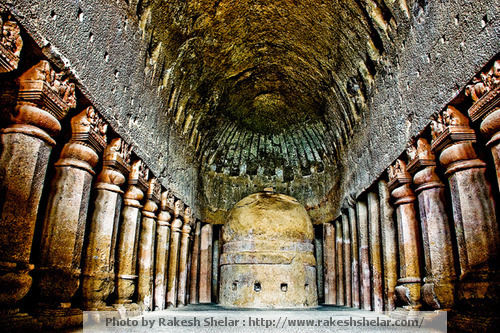 Use Bombay as a pass through to get to the good places.