Chuck Norris Reveals 1 HUGE Piece of Hillarys Past She Did NOT Want America to See...SPREAD THIS
occupy liberals ^ | May 7, 2016

Most people think that the two most important names in the Democratic race for the White House in 2016 are Obama and Clinton. However, the two names you should be paying attention to are Cloward and Piven.

Don't know who they are? Don't worry, most people don't — but conservative commentator and generally kicka** guy Chuck Norris is going to make sure they do.

In an op-ed for WND, Norris explained that the two people — Richard Cloward and Frances Fox Piven — were academics who came up with a plan to introduce permanent socialism in the United States.

Norris said that "the Cloward-Piven strategy is a political plan created in 1966 by two Columbia University sociologists to overload the U.S. public welfare system, the goal being to replace it with a national system of 'a guaranteed annual income and thus an end to poverty.'

"I echo again that i'’s neither a coincidence that Obama graduated from Columbia University nor that others who espoused the Cloward-Piven strategy were a group of radicals who have been a part of his life and education: Bill Ayers, Saul Alinsky, Bernardine Dohrn, George Wiley, Frank Marshall Davis, Wade Rathke and George Soros, among others," Norris continued.

"What's also not a coincidence is how close Hillary ran in the same circles."

Norris then goes on to make the frightening connections.

"Robert Chandler, a retired Air Force colonel and former strategist for the White House … explained in the Washington Times that 'much of (the Cloward-Piven) strategy was drawn from Saul Alinsky.' There's no doubt that Alinsky's life and work served as the coach and plan for Cloward and Piven," Norris writes.

"Hillary's similar discipleship devotion was clearly seen by her 92-page college thesis paper on Saul Alinsky, which is a glimpse behind the present veil of her politically savvy and guarded gloss into the heart of her true ideologies … No surprise that in 1993, the Clintons' asked officials at her alma mater to hide Hillary Rodham's senior thesis from Clinton biographers."

Norris also notes that the "Motor Voter" law, which was signed by Bill Clinton, was the brainchild of Cloward and Piven.

Barbara Ehrenreich, a collaborator of Cloward and Piven's, wrote that the movement for such a law "was dedicated to the idea that if citizens were allowed to register to vote when they apply for aid from government programs or for driver'’ licenses, some of the historic administrative encumbrances on the right to vote could be overcome.

"The poor in particular, who often lack the time for voter registration, would be effectively enfranchised."

And that's not all.

"What's not surprising is how the 'Motor Voter' law has morphed to incorporate more Cloward-Piven-Clinton strategies," Norris wrote.

"For example in Oregon, legislators have just enacted a subsidiary law that registers a person to vote when they obtain or renew a state driver's license. That might sound all fine and dandy, too, until one realizes that a stone's throw away in neighboring states like California, they are doling out licenses to 1.5 million illegals over the next three years. How long will it be until California's Motor Voter laws extend voting rights to illegals, too?”

"You see, the plan to 'fundamentally transform the United States of America' has a successor, and she must be stopped."

Now these blogs are being posted here?

People in their pajamas, no doubt.

Is this a round a bout endorsement of DJT?

Ive been at work at day (12 hours) and yesterday 12 hrs abd then crashed.. have I AGAIN missed something?

That legislation was 23 years ago.

And they're working on the future. 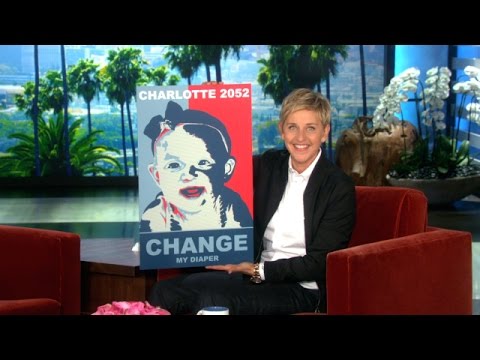 In fairness, there already is a guaranteed annual income —

To improve on that, you need to get off your ass and do something useful.

DON’T HAVE THE TIME TO REGISTER TO VOTE?
Their sitting on their welfare, gibsmedat, asses at home watching Opra and they don’t have time?
It takes five minutes out of their oh so busy day at the local post office, of course they have to know how to read and write.

“neither a coincidence that Obama graduated from Columbia University...”

Reminding normal people of Hillary’s devotion to Saul Alinsky and other Marxists is important, though it might help her with the Sanders crowd.

This is a quibble, but there is no evidence in the public domain that Obama actually graduated from Columbia University. Columbia chose to refer to Obama as an “alumnus”. Those who graduate are normally called “graduates”, but they are also alumni. It’s almost as if this ambiguity was deliberate... His acceptance into Harvard Law School is not proof. Where’s the diploma?

It’s long past time to worry about that stuff.

You have to realize any liberal curriculum vitae will be accepted at face value by the media and any Republican will get an endoscopy.

People like the Clintons, the obamas, Ayers et al only partly support Cloward/Piven. Cloward/Piven wanted to guarantee everyone an income. The people pushing it today want to be extremely wealthy.

I’ve never been able to understand how a working stiff can support people for office who became millionaires by taking money from the working stiff.

18 posted on 05/08/2016 1:42:05 PM PDT by VerySadAmerican (Never held a job in the private sector;never met a payroll,never created a job - CRUZ! Conservative!)
[ Post Reply | Private Reply | To 15 | View Replies]
To: VerySadAmerican
how a working stiff can support people for office who became millionaires by taking money from the working stiff.

When I asked union guys that question, they used to answer that without Democrats, they would be making even less money. The Roosevelt years mentality.

I had a guy tell me “Republicans never did a thing for the working man”. Whatever the hell that means.