A former rising star in the Republican Party, former Virginia Gov. Bob McDonnell was red-faced and sobbing Thursday after a jury convicted him and his wife on multiple counts related to influence-peddling while he was in office.

After more than a month of sometimes soul-baring testimony, the federal jury issued guilty verdicts on 11 counts against McDonnell, while clearing him on two others. His wife, Maureen, was convicted on nine while cleared on four.

The charges involved gifts the couple received from a businessman, including a Rolex watch, a $15,000 check for their daughter’s wedding and other items that are legal under Virginia law. Prosecutors had to prove such gifts were accepted with corrupt intent. …

One by one, “they” have managed to malign potential Republican presidential candidates. If anything, the McDonnells are guilty of being stupid, naive, but I really don’t think corrupt. It makes me both sad and angry to see this happen. 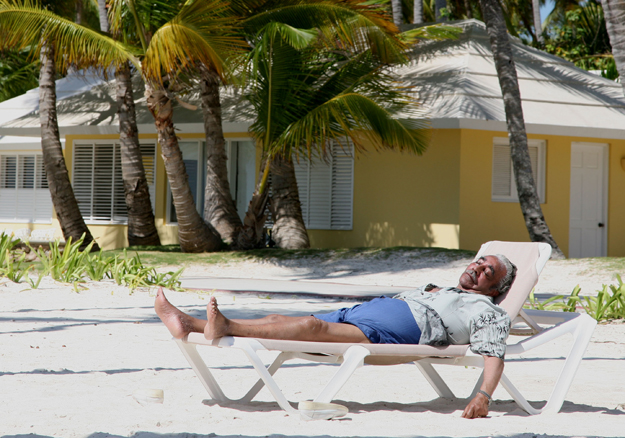 this will be the framework that the regime uses to go after any other republican governor.
This is the difference, democrats play for keeps.

I remember a couple years back when the lib media was all concerned by the deep bench of the GOP.

The Dems are certainly alleviating that concern. Not by creating their own strong farm system.

But by suing and prosecuting each and every major GOP star.

Republicans keep playing by Marquis of Queensbury rules in a street brawl,and can’t understand why they keep losing.

I used to like them, but their behavior during the case was atrocious. I think we dodged another bullet is the way I look at it. They really thought they were elite quite frankly.

The donks are successfully criminalizing being a conservative and/or Republican.

Well, two can play that game...

Bob McDonnell was far from perfect as Governor and was hardly a conservative, but I believe he was persecuted for the crime of being a Republican with Presidential ambitions. I understand that the judge’s instructions to the jury basically told them that they had to convict if the Governor helped Johnny Williams in any way - even if that assistance fell under the normal duties of a governor to promote business in his or her state.

The GOP has tons of talent, the Dems have very few.They are a closed party.

“The charges involved gifts the couple received from a businessman, including a Rolex watch, a $15,000 check for their daughter’s wedding and other items that are legal under Virginia law.”

If the Rolex and the 15k for the wedding were legal, why was he prosecuted??

He was prosecuted by the federal government, I believe. What is legal under state law may not be legal under federal law.

Of course the real irony is the current Dim governor is as corrupt as can be. He probably will not be prosecuted.

15 posted on 09/04/2014 5:00:26 PM PDT by JLS
[ Post Reply | Private Reply | To 14 | View Replies]
To: napscoordinator
"I used to like them, but their behavior during the case was atrocious. I think we dodged another bullet is the way I look at it. They really thought they were elite quite frankly."

Atrocious behavior during the trial? In what way, naps?

McDonnell was my governor and I'm not a big fan. He gave us the biggest tax hike in Virginia history. But I watched coverage of this trial every night on my local news, and I heard absolutely nothing about "atrocious behavior" from him or even from his shrew wife. He had to get up on the stand and read letters he wrote to her, in which he professed his love and begged her to stop being so angry all the time.

So I don't know what you're talking about. Maybe you can enlighten me.

It’s not like he took dozens of trips to Haiti, cost free, on a private Challenger corporate jet ($7500 @ hr) to Haiti and partied with under age Haitian prostitutes.

There’s nothing lower than a politician who betrays his public office to pad his own wallet. No matter what party he belongs to. We can’t countenance crooks in the GOP.

OR got an ‘insiders deal’ to invest $100K on Global Crossings, and then, sacre bleu, cash out w/$8M or 18M, again with insider knowledge, before it went belly up.

“No, this is liberals eating their own. For those that do not recall, McDonnell is a pro-abortion tax-and-spend RINO.”

I’m not in favor of democrats using corrupt prosecutions to take Republican politicians off the board, even if they are RINO dbags. What’s happened to McDonnell, Christie, Perry, and what they’ve tried to do to Walker, this isn’t politics as usual. This is the way countries behave before a political collapse. At least Putin pretends to prosecute his political opponents for real crimes. Here they’re just throwing **** against the wall and praying for idiot jurors.