An Obama administration official upset with the direction of the Bergdhal story voiced his concern on Twitter on Wednesday, floating a theory that put Sgt. Bowe Bergdahl in a more sympathetic light--and his fellow soldiers as part of the problem.

The American people, he argued, were too quick to jump to conclusions about Bergdahl after his fellow soldiers spoke out about his disappearance.

“Here's the thing about Bergdahl and the Jump-to-Conclusions mats: What if his platoon was long on psychopaths and short on leadership?” asked Brandon Friedman, the Deputy Assistant Secretary for Public Affairs at Department of Housing and Urban Development, in a series of Twitter posts.

“What if he grew disillusioned with what he saw, didn't trust his leadership, and walked off?,” he continued.“Legal? No. Worthy of sympathy? Maybe. If that were the case, the soldiers in his platoon would have all the more reason to smear him publicly now.”

Friedman, a former infantry officer in the Army, has been awarded two Bronze Stars for his service in Afghanistan and Iraq. He is also the author of The War I Always Wanted, a book that details his disillusionment with the U.S. Army and the decision to go to war in Iraq.

Friedman insisted that his theory was “not out of the realm of possibility” and called for Americans to withhold judgment until they heard both sides of the story.

“I’m not a fan of such speculation, but this story could not be more unbalanced - with so many premature calls of ‘traitor,’” he concluded.

Friedman has weighed in on the Bergdahl case in several other posts, in which he scorns critics.

What if his Commander In Chief was a psychopath?

2 posted on 06/05/2014 7:45:18 AM PDT by Hieronymus ( (It is terrible to contemplate how few politicians are hanged. --G.K. Chesterton))
[ Post Reply | Private Reply | To 1 | View Replies]
To: afraidfortherepublic
called for Americans to withhold judgment until they heard both sides of the story.

This guy sounds like an idiot, but even a blind squirrel...

The only question for Friedman is: when are you going to stop living your life like it’s a Hollywood movie?

What if Bergdahl’s fellow soldiers were psychopaths...??? What f’ing idiot muttered this bullshit? Man-o-man!! The left in full bloom!

What if the entire Military was made up of Bergdahls?

the “psychopath” is the odumbo idiot that made the claim. Those bastards will hopefully all drown when odumbo’s ship sinks.

Isn’t this how leftists think? They are correct and everyone else in the history of mankind is nuts.

Lets see, stick with the American psychopaths or Taliban psychopaths who would be happy to kill you, your family, and your country.

hmmmmmmmm, nope not a tough decision at all.

This guy’s statement, coupled with his “impressive” record - showing a rapid rise to positions of power within a corrupt and flagrantly out of control government - reeks of the sort of psychopathy that such systems attract and breed.

His ideas? Pot, kettle, all that.

14 posted on 06/05/2014 7:51:42 AM PDT by dagogo redux (A whiff of primitive spirits in the air, harbingers of an impending descent into the feral.)
[ Post Reply | Private Reply | To 1 | View Replies]
To: afraidfortherepublic
“Here's the thing about Bergdahl and the Jump-to-Conclusions mats: What if his platoon was long on psychopaths and short on leadership?”

Riiiight, Mr. Friedman, that's a winning strategy to take on behalf of the Administration. That'll really win votes in the upcoming elections.

The rudderless ship of state is on the rocks and breaking up.

16 posted on 06/05/2014 7:52:08 AM PDT by cripplecreek (Remember the River Raisin.)
[ Post Reply | Private Reply | To 1 | View Replies]
To: afraidfortherepublic
What if his platoon was long on psychopaths and short on leadership?”

Easy, put Major Reisman in charge. No one deserted his unit. 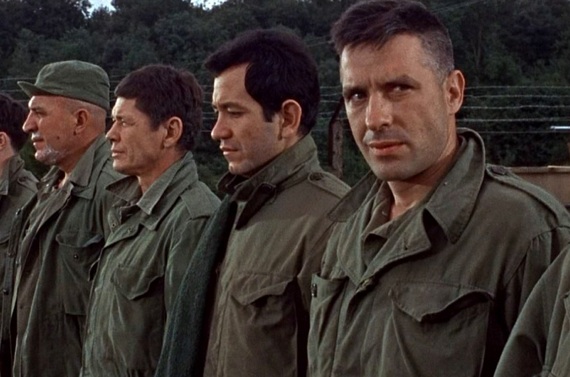 Another softball trial-balloon tossed to the MSM by Big Bro’, but whiffed at? O the hugh manatee ....

To even think something as stupid as this shows how the left has scrambled eggs for brains. Liberalism is a mental disorder and as hard as they try to hide it...out it comes at times like these...when they are caught with their pants down! Nowhere to run baby, nowhere to hide.