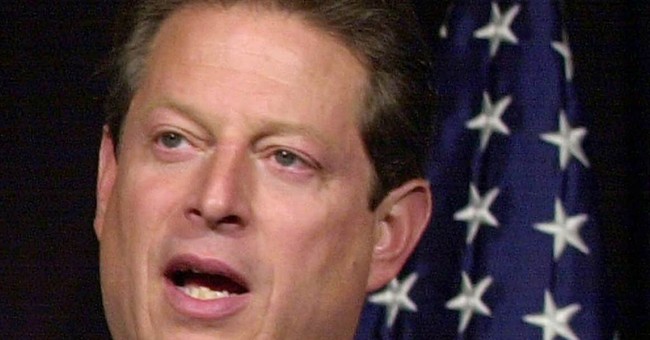 Editor’s Note: This column was co-authored by Dennis Mitchell.

Some years ago, a telegenic televangelist built quite an empire, before publicly falling from grace and adopting a less opulent life style. But back then he liked big homes and Lear jets with Rolls Royce engines and, even though Dennis’s lab primarily did environmental monitoring, his chief pilot came there because he needed demanding analyses on the methanol fuels he used for extra thrust.

The lab did the analyses uneventfully for several months, until it discovered an unpaid invoice. When Dennis inquired about it, the pilot said, “Sometimes he doesn’t pay certain bills, because the Lord told him people could contribute to the ministry in that fashion.” Dennis told him that was OK, but the next time one of those private jets is taking off and the pilot hits the injection fuel switch, the lab couldn’t guarantee that the analysis on that batch of fuel was accurate. The bill was paid in three days.

Speaking of televangelists, here’s an interesting experiment that folks can do at home. Find a video sermon with Jimmy Swaggart and, keeping the sound off, watch his body language for 10 or 15 minutes. Then, queue up your personal copy of An Inconvenient Truth and, also with the sound off, watch 10 to 15 minutes of Al Gore. As Mr. Spock liked to say, “Fascinating!”

Mr. Gore also enjoys big energy-hungry mansions and private jets. After all, why would he worry about the size of his carbon butt print, when he’s trying to save the world from other people’s carbon dioxide “pollution”? We’re supposed to listen to what he says, not observe or criticize what he does.

When the “climate cataclysm” televangelist sold his holdings in Current TV to Aljazeera America, another famous environmentalist and self-made victim, Bill McKibben, made some less than supportive comments. (McKibben successfully converted his white, straight, male, middle-class status into pitiable victimhood, by portraying himself and everyone else as “victims” of fossil fuels and climate change.)

The fossil fuel riches from the backers of this bold new “news” media outlet, the kingdom of Qatar, seemed to offend Mr. McKibben. Who else but obscenely wealthy oil-rich Arabs could afford to pay so much for such a questionable business venture? he wondered. Of course, we presume, profits were not a high priority for the Qataris in this particular deal, though we could be wrong.

All these thoughts and stories came back to us recently, because McKibben now has his own film: Do the Math, the movie version of his previous Rolling Stone article and nationwide tour, all intended to save the planet from the climate Armageddon that computer models and previous movies “prove” is coming.

Viewers don’t have to get very far into the film to spot a worn-out, but proven practice. News anchor Diane Sawyer plays her part perfectly, when she informs the world that 2012 was the hottest year ever in the United States. The claim itself is highly doubtful, since we’re talking about hundredths of a degree, scattered thermometers 80 years ago versus much more widespread and sophisticated measuring devices today, and recent measurements that are contaminated by all kinds of urban, AC and airport heat.

All that is irrelevant to Sawyer and McKibben, of course. Once they get the “hottest year ever” into the chatter, it becomes fact – and not just regional, or even national, but global. Regional temperatures are important, and even have national and international implications – but only if the temperatures have gone up. If they’ve decreased or remained unchanged, they are irrelevant in televangelist climate messages.

(Naturally, that reminds us of the Wall Street types who keep regulators amused and busy, by using similarly clever tactics to describe stock and bond markets, and attract unwary investors.)

That’s the “it’s really very simple” routine on which Do the Math is based.

Mr. McKibben had been in a cozy, if not profitable, journey with Mr. Gore – fighting the evil fossil fuel mountain of cash and its presumed hell-bent destruction of Planet Earth. However, it didn’t take Mr. Bill very long to conveniently see the light (he probably flipped a fossil-fuel-powered switch), revealing the oil-funded opportunity for riches. Now that he has moved far beyond his 350.org organization and become a film maker, Mr. McK salivates, can a Nobel Prize and million-dollar payoff be far behind?

Actually, it is mind-numbing to see him rehash his Rolling Stone piece, “Global warming’s terrifying new math” – and divine three magic numbers that he says are absolutely critical if we are to save the planet. Here they are, paraphrased as commandments.

Thou shalt not let planetary temperatures go above 2 degrees Celsius of warming.

Thou shalt not burn more than another 565 gigatons of carbon (or you will violate the first commandment).

Thou shalt not allow corporations to burn the 2,795 gigatons worth of CO2 that they now have in reserve.

The 2 degrees (3.5 deg F) presumes that anything higher risks catastrophe for life on earth. It comes from the civic-minded and unimpeachable folks at the Intergovernmental Panel on Climate Change. They said so in their 2007 AR4 report. Therefore, it’s still climate chaos gospel, even though their 2013 AR5 report waffled on this point, IPCC bureaucrats massaged the “science” to make sure it corresponded to their politics and previous proclamations, and IPCC reports are replete with errors, stupidity and fraud.

Indeed, the IPCC’s analyses for biological impacts from any climate changes are purely speculative – but obviously quite profitable for Gore, McKibben and IPCC pseudo-scientists. Predictions of doom mean never having to say you’re sorry, even if you’re wrong every time. Just collect your next paycheck.

In reality, numerous scientists disagree with the IPCC on this (and a lot more), and say such moderate warming would probably be beneficial for humans, wildlife and planet. By contrast, 2 degrees C of cooling could be dangerous or even disastrous, especially by reducing growing seasons and arable cropland, and forcing us to plow a lot more temperate zone wildlife habitats to feed hungry people.

The 565 gigatons presumes that this much carbon dioxide in the atmosphere will hit a “tipping point,” beyond which global temperatures would climb uncontrollably. There is no evidence whatsoever for this. Heck, the fact that average global temperatures have not budged in 16 years, despite steadily climbing CO2 levels, underscores how wrong and useless IPCC models, predictions and junk science have been.

Finally, according to McKibben, corporations now have enough oil, gas and coal in their reserves to spew 2,795 gigatons of carbon dioxide into the atmosphere. And they’re planning to burn it all! (This number does not reflect the enormous growth in petroleum reserves, due to recent discoveries and the ability of hydraulic fracturing to unlock another century of oil, natural gas and natural gas liquids that supply over 80% of the energy that makes modern civilizations, living standards and life spans possible.)

All these numbers and statements are presented with such passion that you’re almost convinced they were written by ancient seers on scrolls discovered in a Middle Eastern cave, foretelling a future plot by Romanum Imperium Petroleum. Or perhaps the mystical numbers were handed down on stone tablets – presumably granite, not anything made from nasty carbon-based rocks like limestone or marble!

Just because his buddies Al Gore and Rajandra Pachauri made tens of millions of dollars off carbon trading schemes, before the EU carbon market collapsed, is no reason people should be suspicious of Mr. McK’s alliances, numbers or intentions. After all, numbers don’t lie, especially when “green” credentials promote “green” alternative energy schemes and bring in so many “greenback” dollars. Do the math.

2 posted on 10/26/2013 9:42:13 AM PDT by IbJensen (Liberals are like Slinkies, good for nothing, but you smile as you push them down the stairs.)
[ Post Reply | Private Reply | To 1 | View Replies]
To: Kaslin
A warmer planet supports more life. These selfish liberals don't want to share the plane with anyone else.

In a worst-case scenario where every cubic mile of glacial ice melted and ocean levels rose 260 ft., we would end up with MORE arable land than we currently have. Canadian, Greenlandian, Antarctican, and Siberian exceptionalism will be born out of the ashes of American exceptionalism that liberals like Gore worked so hard to destroy.

5 posted on 10/26/2013 3:49:34 PM PDT by publius911 (Look for the Union label, then buy something else.)
[ Post Reply | Private Reply | To 4 | View Replies]
To: Kaslin
By contrast, 2 degrees C of cooling could be dangerous or even disastrous, especially by reducing growing seasons and arable cropland, and forcing us to plow a lot more temperate zone wildlife habitats to feed hungry people.

Ah, but if AlGore's buddies at the U.N. fully implement their Agenda 21, there will be 85% fewer hungry people to feed!

This is racist! Just thought I’d throw that in..