To borrow a line from Dennis Green, they are who we thought they were.

From his hospital bed, Dzhokhar Tsarnaev has acknowledged his role in planting the explosives near the marathon finish line on April 15, the officials said. The first successful large-scale bombing in the post-Sept. 11, 2001, era, the Boston attack killed three people and wounded more than 250 others.

The officials, who spoke on condition of anonymity to describe an ongoing investigation, said Dzhokhar and his older brother, Tamerlan Tsarnaev, who was killed by police as the two attempted to avoid capture, do not appear to have been directed by a foreign terrorist organization.

Rather, the officials said, the evidence so far suggests they were “self-radicalized” through Internet sites and U.S. actions in the Muslim world. Dzhokhar Tsarnaev has specifically cited the U.S. war in Iraq, which ended in December 2011 with the removal of the last American forces, and the war in Afghanistan, where President Obama plans to end combat operations by the end of 2014.

Obama has made repairing U.S. relations with the Islamic world a foreign policy priority, even as he has expanded drone operations in Pakistan and other countries, which has inflamed Muslim public opinion.

Bad news for liberal narratives in one sense, but good in another: They’ve been grasping for ways to say “it’s not them, it’s us” and now they’ve got an easy one, Obama’s stewardship of Afghanistan notwithstanding. Beats the current leading theory about Tamerlan Tsarnaev possibly having taken too many punches to the face, no?

As for how they learned to make the bombs, watch Pete Williams below. Truth, or a lie designed to throw the feds off the scent of whoever might have trained them? Well, go back to this post from last Tuesday, two days before the bombers were identified. Intelwire had already raised an eyebrow at the fact that pressure-cooker bombs were used, since there had been articles in “Inspire” on how to build that sort of device. The Jawa Report also noted that Naser Jason Abdo, the would-be Fort Hood bomber, got caught with pressure cookers and other bomb materials in his hotel room when he was pinched in 2011. Also found in the room: A copy of “Inspire.” I remember people giggling when the magazine debuted because the bomb-making instructions were entitled, “How to Make a Bomb in the Kitchen of Your Mom,” but it worked. The man responsible for it, Samir Khan, is long since dead in a U.S. airstrike — but not as the primary target. He was killed by the same missile that took out his pal, Anwar al-Awlaki, whom some think came up with the idea for “Inspire.” Bottom line: Yeah, it’s quite possible that Tsarnaev’s telling the truth about how they learned bombmaking. Abdo apparently took the same path. He just never made it as far as they did.

Exit question, in the spirit of lefty fingerpointing at tea partiers: Does this mean the anti-war movement’s guilty by association?

Visit NBCNews.com for breaking news, world news, and news about the economy

Tamerlan Tsarnaev, the elder brother suspected in the Boston Marathon bombings, bought two large pyrotechnic devices in February from a New Hampshire branch of a national fireworks chain, according to executives at the chain’s parent company.

William Weimer, a vice president of Phantom Fireworks, said the elder Mr. Tsarnaev on Feb. 6 purchased two “Lock and Load” reloadable mortar kits at the company’s Seabrook, N.H. store, just over the border from Massachusetts. Each kit contains a tube and 24 shells, he said. Mr. Tsarnaev paid cash for the kits, which cost $199.99 apiece.

Cops are wondering if they used the powder from the fireworks to power the bombs, but the manufacturer thinks there wasn’t enough of it in two kits to generate explosions that big. Even so, go read this Boston Globe report from late March about a mysterious series of explosions in Hanover, Massachusetts involving homemade devices and “flash powder.” Actual quote from a local cop: “It appears there is someone exper­imenting with making these devices.” The explosions happened on March 12 and 15; on March 20, a friend of Dzhokhar Tsarnaev tweeted to him that he’d heard he’d been “poppen fireworks.” Hmmmm.

3 posted on 04/23/2013 1:12:58 PM PDT by Jim Robinson (Resistance to tyrants is obedience to God!!)
[ Post Reply | Private Reply | To 1 | View Replies]
To: Ernest_at_the_Beach
They're Muslims. They were brought up on it. Mommy and daddy are Muslims and recently went BACK to their hellhole. Imagine that...Talk about timing. We can't touch them.

I think daddya and mommy are just like the sons. Muslim terrorists...just on the management end.

Mom said the older one did a lot of skyping. Wonder if momma and pappa STILL have the computer.

Actually, they’re much more dangerous to the country when the join the Democratic party and read “Rules for Radicals.” I suspect Bill Ayers has done much more damage as an “educator” than he did with his bombs. It’s just quieter damage, like rust-through on the frame rails of you car. “who was killed by police”

Jahar: Tamerlan made me do it.

Dennis Green: The United States made Tamerlan do it.

8 posted on 04/23/2013 1:22:49 PM PDT by thouworm (DEMOGOGUE: leader who makes use of prejudices, false claims and promises to gain power.)
[ Post Reply | Private Reply | To 1 | View Replies]
To: Jim Robinson
I am a serious believer in what David Horowitz says in his book,. Unholy Alliance: Radical Islam And the American Left [Paperback]

The American Spectator article simply refers to them as Utipionists....FR Thread:

Jihad Blows Up the Liberal Utopia

I think David's views are closer to the current truth.

Well, the tweets blow Dzhokhar Tsarnaev’s story to hell. He knew about the plans long before one week.

There was twitter reports (and screen shots) taking responsibility of the Globe report.

This is the original story with more info.

13 posted on 04/23/2013 1:31:05 PM PDT by HollyB
[ Post Reply | Private Reply | To 11 | View Replies]
To: Ernest_at_the_Beach
"said Dzhokhar and his older brother, Tamerlan Tsarnaev, who was killed by police as the two attempted to avoid capture, do not appear to have been directed by a foreign terrorist organization."

If this is true, then why was The saudi there? coincidence? 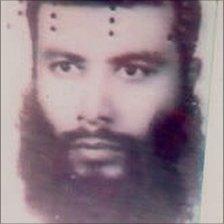 MIDHAT MURSI An Egyptian chemist, Midhat Mursi al-Sayid Omar has allegedly overseen al-Qaeda's efforts to develop chemical and biological weapons. Also known as Abu Khabab, he left Egypt to fight the Soviets in the 1980s. A fellow mujahideen says he was slow to join al-Qaeda because he disagreed with the group's central strategy and was not an ally of Ayman al-Zawahiri, but changed his mind in part because he needed the money. Mursi was a trainer at al-Qaeda's Derunta camp in Afghanistan when it was set up in the late 1990s. In addition to teaching courses on conventional explosives, he wrote manuals on how to make toxic weapons and conducted a variety of experiments as part of Project al-Zabadi, or "curdled milk". The US believes he may be living in Pakistan, although other reports suggest he escaped to the Pankisi Gorge in the Caucasus region in 2001. US intelligence officials do not believe he occupies a senior leadership position. ******************** EXCERPT: In the 1990s and 2000s Chechnya was the scene of two bloody wars between separatist rebels and Russian troops. Nowadays it is Chechnya's neighbours in the Caucasus, notably Dagestan, which are struggling to shake off an Islamist rebellion. Since the turn of the century a series of deadly terror attacks within Russia have been blamed on Islamist militants based in the Caucasus./ http://www.bbc.co.uk/news/world-europe-22255533
15 posted on 04/23/2013 1:36:53 PM PDT by mardi59 (IMPEACH OBAMA NOW!!!!!)
[ Post Reply | Private Reply | To 1 | View Replies]
To: Ernest_at_the_Beach

You know what this PC crap reminds me of?

Never mind that this flies in the face of common sense, experience and hundreds if not thousands of news stories.

It’s what they believe. Go figure.

Of course I don’t mean to imply that all muslims are terrorists and all gays are pedophiles!

What I am saying of course is that there is a linkage that is obvious to most if not all of us here but that the liberals will go to their graves denying.

the one obama ended?