"A step in the right direction." That's what Barack Obama said in Poland, Ohio, about Friday's Bureau of Labor Statistics unemployment report, which showed only 80,000 net new jobs and unemployment remaining at 8.2 percent.

The thought will occur to many, not all of them Obama detractors, that this was at best a baby step. It's not enough to keep up with population growth, much less to restore the low unemployment rates of most of the 1990s and 2000s.

Another thought will occur to professional amateur political strategists: Why did the president's campaign schedule a two-day bus tour of northern Ohio and western Pennsylvania to coincide with the day the unemployment numbers were announced?

Sure, Ohio and Pennsylvania are important states politically. They have 18 and 20 electoral votes, and Obama carried them in 2008 with 51 and 54 percent of the votes.

And current polling shows Obama with only 46 percent in Ohio and 47 percent in Pennsylvania when paired against Mitt Romney.

Obama's bus tour was aimed at the historically Democratic Rust Belt territory. Since the United Steelworkers, United Auto Workers and United Rubber Workers organized the steel, auto and rubber factories on Pittsburgh, Cleveland, Akron, Youngstown and Toledo, this has been prime Democratic territory.

Even in 1984, when Ronald Reagan was winning a 59 to 40 percent landslide, this Rust Belt -- 19 counties of northern and eastern Ohio and 14 counties of western Pennsylvania -- voted 52 to 47 percent for Walter Mondale. It was 12 points more Democratic than the national average.

If these 33 counties had been a single state, they would have cast 19 electoral votes for Mondale, more than doubling the 13 he won from his native Minnesota and the District of Columbia.

In the 1980s, the Rust Belt was still smarting from factory closings and heavy job losses in the recession of the late 1970s. Most of those lost union-wage jobs never came back, and angry laid-off factory workers and their families were unpersuaded by the Reagan campaign's claim that it was "morning in America."

In the years since, the economy of the Rust Belt has changed. The biggest employers in Cleveland and Pittsburgh these days are not steel mills but hospital complexes.

There has been considerable outmigration of young people, and from 1980 to 2010, the population of these 33 counties declined by 7 percent, while the national population increased by 36 percent. If they were a single state, they would have 14 electoral votes, down from 19 three decades ago.

The aging electorate of the Rust Belt remains Democratic, and these counties voted 56 to 42 percent for Barack Obama. But that means that they were only 3 percent more Democratic than the national average.

The polling data suggests that Obama is not running as strong in the Rust Belt counties this year. The bus tour was undoubtedly aimed at pushing his numbers up.

But he seems to have been left with little to say. No wonder he resorted to making jokes about his family and adding, "People've been commenting: I need to gain some weight."

As if to compensate, he ate some grits -- a staple once you get an hour or so south of Washington, but not so much up north.

But what else could he talk about? Certainly not the Environmental Protection Agency's rules shutting down coal-fired electric plants. Nor his decision blocking the Keystone oil pipeline.

He could hail the development of fracking in the region's Marcellus shale natural gas formation in the region, except for the fact that regulators in his administration seem intent on shutting it down.

He could repeat his calls for "investment" in education, but even if you don't regard that as a political payoff to the teacher unions, the dividends are going to be a long time coming in.

And calls for investment in infrastructure may lead people to recall his chuckling admission that there are no shovel-ready projects, thanks to regulatory and legal roadblocks.

The uncomfortable fact is that Obama doesn't have a convincing economic story to tell. The recovery summer promised for 2010 and for 2011 and again for 2012 has yet to arrive.

He sure is paranoid about eating utensils!

The religion of socialism and faith in a government paycheck runs deep.

a little note to place under the wiper of those cars:
Dear Friend,
Some unknown socialist has put an Obama sticker on your car.
I am letting you know so that you can remove it before it causes you further embarrassment.

In his speech, in OHIO, Obama spoke about OHIO for a total of 26 seconds.

5 posted on 07/09/2012 5:40:38 AM PDT by Buckeye Battle Cry (GHWB gave us Souter. W gave us Roberts. Can we risk Jeb in the White House?)
[ Post Reply | Private Reply | To 1 | View Replies]
To: Kaslin
Imagine our beloved leader stooping to eat peasant food. Wonder what choice tidbits he'll be eating on his sure-to-be-upcoming expensive summer vacation? 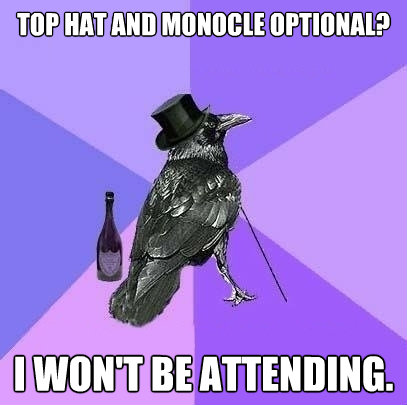 Hes touring ohio because unemployment numbers are DOWN and somehow in his twisted mind he think’s it makes him look good ! just the selfish nature of the Obloviator!

If i catch someone doing that they will get a very serious case of STICKER SHOCK !

8 posted on 07/09/2012 6:09:26 AM PDT by ATOMIC_PUNK (Any man may make a mistake ; none but a fool will persist in it . { Latin proverb })
[ Post Reply | Private Reply | To 4 | View Replies]
To: Kaslin
The biggest employers in Cleveland and Pittsburgh these days are not steel mills but hospital complexes.

And we all know how viable that is long term when the govt credit card funding Medicare gets turned down.

“Amazingly, I see a lot of 0bama bumper stickers here in Oklahoma. “

I just think it’s so noticeable because there are no romney stickers being applied to bumpers. I wouldn’t do it.

I don’t think he’s going to win Ohio, and that is going to be the coup-de-grace. They were down with the Illinois’s of the world, and then Republican TV tator John Kasich comes in and turns the state economy around. So they know it can be done and that it can be done quickly, if only that man would get. out. of. the. way.

it ain’t over until it’s over. No resting until O is O U T

Poor Walt Mondale only won one state and the District of Columbia. But spin it as a Democrat win in Ohio if you have to MSM.

No peas for the peas of sh#t president?

I heard this morning that the unemployment numbers are only going to worsen the feast of the year. This will not bear well for Hussein.

Interesting to that we know that 80,000 will be adjusted downward as they always are!
and note that a full two thirds of those jobs allegedly addded are TEMPORARY JOBS!