Geee doffus (Kerry that is) if you send in the additional troops, then all of those conditions will be met.

>>>>>>>>> Kerry said three conditions — sufficient Afghan troops, reliable local assistance and sufficient development aid — must be met before additional troops could be deployed to the country, The Hill reported. <<<<<<<<<<<<<<<<<

Fail to send in the additional troops, and we will be sent packing...

22 posted on 10/26/2009 7:25:03 PM PDT by Feckless (Don't care where he was born. The oath I took said "...all enemies, foreign and domestic".)
[ Post Reply | Private Reply | To 1 | View Replies]
To: Goreknowshowtocheat; scooby321
When, oh when, will UPI and AP and Reuters and CNN and the NYT come clean and just admit that the White House is waiting until after the New Jersey gubernatorial election, which is essentially a referendum on nationalized health care? Perhaps they're all fearful now of being cut out of the White House press loop. Heck even Fox News hasn't pointed out the link to the NJ election. Cheney didn't mention NJ specifically, but that was part of what he meant when he used the word “dithering.” Meanwhile, if even one more American soldier makes the ultimate sacrifice so a total sleaze like Jon Corzine can get elected and Robert Gibbs can point to that result and tell blue dog constituencies around the nation that socialized medicine has legs, it will be remembered as one of the most disgraceful episodes in American political history.
23 posted on 10/26/2009 7:25:28 PM PDT by presidio9 ("All right then. I'll go to hell." -Huckleberry Finn)
[ Post Reply | Private Reply | To 4 | View Replies]
To: presidio9
Kerry's taking the fall for Obama because Kerry has nothing to lose. If the situation deteriorates in Afghanistan, the administration will blame him and continue the slow bleed.
24 posted on 10/26/2009 7:26:07 PM PDT by Extremely Extreme Extremist (90% of the fedgov is unconstitutional. The other 10% besides the military doesnt know what it's doin)
[ Post Reply | Private Reply | To 1 | View Replies]
To: presidio9 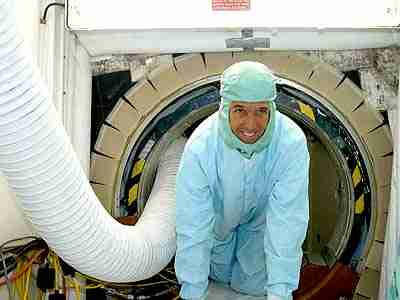 "Under questioning from the Committee, Kerry referred to the democratically elected government of South Vietnam -- our allies -- as a "dictatorial regime, the Thieu-Ky-Khiem regime," while respectfully calling the North Vietnamese communist regime we were fighting by its oxymoronic official name, the Democratic Republic of Vietnam, and the murderous Viet Cong's political arm by their preferred "Provisional Revolutionary Government.":
http://www.jewishworldreview.com/cols/chavez042804.asp
___________________________________________________________

June, 1970 -- Kerry joins Vietnam Veterans Against the War (VVAW), a national veterans group that is part of the Peoples Coalition for Peace and Justice. The PCPJ is a broad coalition of local and national organizations, including the Communist Party, USA, "committed to conducting demonstrations aimed at ending the war in Indochina, and poverty, racism and injustice at home." The VVAW, CCI and PCPJ all have headquarters at 156 Fifth Avenue in New York City. VVAW Executive Secretary Al Hubbard, a former Black Panther, is also on the coordinating committee of the PCPJ. Hubbard soon appoints Kerry to the VVAW's Executive Committee, bypassing the normal election process.
http://www.wintersoldier.com/index.php?topic=Timeline
___________________________________________________________

The Black Panthers were revolutionary communists...

Senator Kerry that served in Vietnam!

General Kerry exactly. What was his final rank Major Dumbass or General Fu%kup.

OK, let’s march out the idiot brigade. Kerry and Biden, two of the biggest idiots around. He was stupid 9 years ago and he is stupid now with his alky old lady.

That’s not saying much is it?

Hey, Kerry, just jot down your recommendations on the back of a copy of your SF 180 and send it to us.

Isn’t Kerry the person who ordered his men to take HIS boat away from the action in Viet Nam and go back DOWN the river away from the fighting?

When did he get any military training?

He is nothing but treasonous—from his hair to his toenails.

I feel very badly for General McCrystal who has been put in harm’s way with this Administration.

Maybe ABC can put Kerry on “Dancing With The Stars” because all his bloviating is nothing more than verbal tap-dancing.

Yep, it is the answer. I prefer America to learn the hard way, then let one more brave son protect the cowardly and the socialists.

I consider Senator Kerry one of the lesser authorities on military tactics and/or strategy.
His dealings with the enemy in the ‘70s continue to disgust me.
He needs to STFU and butt out of military business.

35 posted on 10/26/2009 7:34:18 PM PDT by rogator
[ Post Reply | Private Reply | To 1 | View Replies]
To: presidio9
"I am convinced from my conversations with Gen. Stanley McChrystal that he understands the necessity of conducting a smart counterinsurgency in a limited geographic area," Kerry said in a speech at the Council on Foreign Relations. "But I believe his current plan reaches too far, too fast."

One of the difficulties with this war is that there is no limit to the geographic area. Sure, there may be active fronts, but the war exists everywhere at once from New York City and Washington to the poppy fields of Afghanistan. Since our enemy is not a nation state which can be defeated in place, but rather an ideology driving mobile international organizations we cannot limit ourselves geographicly because our enemies will not.

And of *course* a guy who was elected to the Senate on platform of gutting military spending would know better how to fight a war than a General with 33 years experience, including stints in the Special Forces and Military Intelligence. /sarcasm

What an arrogant son-of-a-BLEEP! /absolutely no sarcasm on this one.

One guesses that you don’t care then about the thousands that would be butchered at the hands of the Taliban.

We committed that national disgrace once after abandoning South Vietnam.

And you’d have it done again?

“Under the right circumstances, if we can be confident that military efforts can be sustained and built upon, then I would support the president should he decide to send some additional troops to regain the initiative,” Kerry said,
“Of course should the president decide that the military
efforts can’t be supported and sustained, then I would
support his decision to pull out in abject defeat also.

Did you know I was in Vietnam, Cambodia too, at christmas.

Kerry learned nothing in the service, but then his mind
just wasn’t into it.