CNN appears to have altered a widely-seen photograph of Joe Biden with his young son to remove the logo of the Washington Redskins. 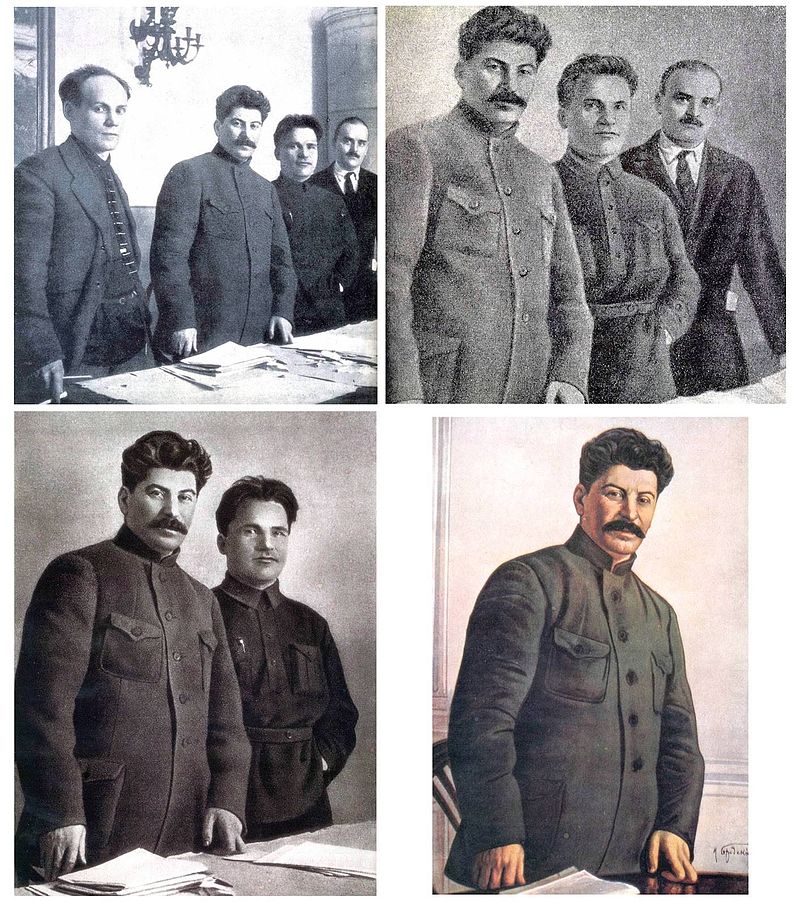 Zucker is a big fan of Stalin. He absolutely idolizes Lenin. His fantasy is to be Kaganovich , the Chief of Secret Police, and run the gulags. CNN is a diseased organization.

I’m going to give CNN some credit here. They showed great restraint by not replacing the Washington Redskins logo with a BLM logo.

Think you meant Lavrenti Beria here. Kaganovich was not a secret policeman.

6 posted on 09/09/2020 7:12:37 AM PDT by 17th Miss Regt
[ Post Reply | Private Reply | To 4 | View Replies]
To: C19fan
Look at the flip side. CNN has publicly shown that altering photos is acceptable to them and everyone is free to alter any CNN photo, including personnel. Time to Photoshop them all wearing their Communist uniforms with their farm animal life partners.

CNN has no standing in court for something they've approved.

CNN is not in the news business, they are in the brainwashing business.

In America, the TV programs you!

Would agree that there needs to be a change in the names, but the Europeans were not the only ones that used terms. From the book, “How the American Indian Named the White Man” by Alexander F. Chamberlain, Professor of Anthropology at Clark University, the American Indian had many terms. The first sentence made things very clear: “‘Paleface’ is not the only name by which the ‘white man’ is known to the ‘red.’”

Many of the names, as expected, had to do with skin color. Several tribes called us “white,” “white person,” “white skin,” etc. In addition to these the Algonkian Arapahos referred to us as “yellow-hided.” Whether it had to do with skin or hair color or courage is unknown. Kiowas used a term that meant “hairy mouth” and the Zunis referred to the early Spaniards as “moustached people.” “They of the hairy chest” was used by Algonkian Miamis.

But that was the kind words. Ears also played a role. Kiowas used the same words for white men that they used for donkeys and mules. It meant “ears sticking out” because Indians’ ears were partially covered by their hair. Crows and Upsarokas called white men “yellow eyes.” Our voices were not altogether pleasing to as they also called white men “growlers.” Mohawks of the Lake of the Two Mountains in Quebec called them “ota,” their word for cow droppings. The Lakota Sioux called whites wasichu which is a Lakota word meaning taker of the fat or greedy one. Some Planes Tribesmen, particularly Blackfeet and Crow, called Whites “hair faces” and “dog faces,” because of the beards.

So making a big deal out of names is, again, a two way street that is never pointed out in the media. And why did it take over 200 years to be a problem. Simple, it wasn’t profitable at that time. And that profit has nothing to do with cash....votes.

Kaganovich was before Beria.

Nikolai Yezhov was before Beria and Genrikh Yagoda before Yezhov.