Joe Biden flipped the script on the GOP's constant attacks on his mental state, with the former vice president questioning President Trump's own mental acuity.

In response to a question on what consequences the president should face if reports that he knew about a Russian government scheme to pay Taliban soldiers to kill American service members overseas were true, Biden said Trump "doesn't seem cognitively aware of what's going on."

Biden then proceeded to accuse Trump of being "unfit to be president," before adding that he'd personally hold Russian President Vladimir Putin accountable for the move.

Toward the end of his press conference, Biden was asked about whether he had suffered any diminished mental ability since he left the White House in January 2017.

Isn’t this, what is more commonly called projection?

Can Birdbrain Joe even pronounce “Soleimani”? And will he say he and Obola sent “1 million dollars” in ransom to Iran? 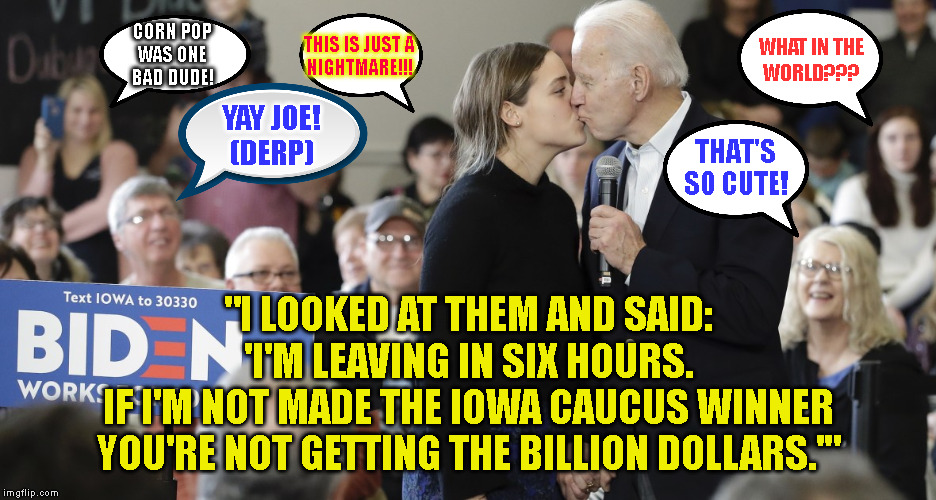 It’s the classic playground retort, “I know you are, but what am I?” Everyone knows that Biden has dementia. It’s obvious to anyone who’s ever known an elderly person with cognitive impairment. Someone (not Joe) came up with the bright idea of Joe trying to turn the tables and accuse Trump of being cognitively impaired. It’s laughable because, say what you want about Trump, his brain is firing on all cylinders. The Biden campaign can try tactics like this, but the truth will come out for all to see at the debates... if there are debates, that is.

What a complete and total joke/farce.

the writer leaves out Biden was asked if he’d been tested for cognitive decline, replying:

seems most FakeNewsMSM have omitted that!

Binden’s “Trump is mental” narrative is preposterous. Have to hand it to his China paid propaganda machine for its audacity.

The only thing that troubles me is that the left is on the offense has seized the daily media narrative. At the same time, Trump rallies, his best messaging tool, have been stifled by the Covid hysteria. Trump needs to find a away to dominate the narrative like he did in 2016.

“Biden then proceeded to accuse Trump of being “unfit to be president,” before adding that he’d personally hold Russian President Vladimir Putin accountable for the move.”

Congress has the Constitutional authority to declare war.

What they claim Putin did was obviously an act of War.

I expect Biden to announce that he will demand the Democrat-led House declare War on Putin’s Russia.

Yeah, Biden flipped the script, alright? With him, if he can remember what to read next, and doesn’t start talking with prerecorded questioners, he is doin OK. Still, the reporters who saw the entire video, shake their heads, and say “pathetic”.

Yeah, once he said ‘constantly tested’...someone should have come back and asked ‘weekly’?

It gives me the belief that they know he’s in rapid decline and trying to assess how far they can get before it’s obvious in every statement.

Back in September-October 2019, he had normal ‘Joe-wit’...saying what you always expected. It’s after the Christmas holidays and going into January 2020...that you notice a different set of problems. By early March, he’s got noticeable issues. Luckily, Corona comes along and they can isolate Joe. The past month of May? Every single interview is geared toward softball questions, with answers already prepared. My belief is that he had a mini-stroke in January. I don’t think he can mentally handle it in September, and we will see the VP choice move up as the true candidate, with a new VP selected at that point.

Yeah. That will work.

Good job, Biden! Keep the issue on the forefront, about your mental decline.

What a dope. His handlers—ooops I mean Jill— will be all over him for saying that haha.

Same dumb gambit that Obama and Hillary played in the lead up to 2016.

Biden: “The best offense is a potato!”