A former Samsung employee who spent nearly a year protesting his firing by living atop a 25-meter (82-foot) traffic camera tower in South Korea’s capital was helped back down Friday after the business giant apologized over his plight.

Kim Yong-hee, 60, waved a banner with a Samsung logo and a protest slogan while a rescue worker on a fire-truck ladder escorted him down from his perch along a street near a Samsung Electronics office in Seoul.

Kim was fired from the company in 1995 over what he says were his attempts to organize a labor union.

Kim's decision to end his aerial protest after 354 days came weeks after billionaire Samsung heir Lee Jae-yong, currently on trial over corruption charges, vowed to end decades of union-busting practices at the group.

In its apology, Samsung said it should have done more to ease Kim’s “pain and agony,” which it said was caused by “conflicts with the company amid the process of his labor movements following his dismissal.” The company did not clearly acknowledge Kim’s claim that he lost his job at Samsung’s now-defunct aerospace unit because he tried to start a union.

Activists representing Kim said in a statement that Kim sees Samsung’s apology as redeeming his honor.

Neither Kim nor Samsung disclosed the details of their discussions and whether he would be financially compensated or reinstated the company. 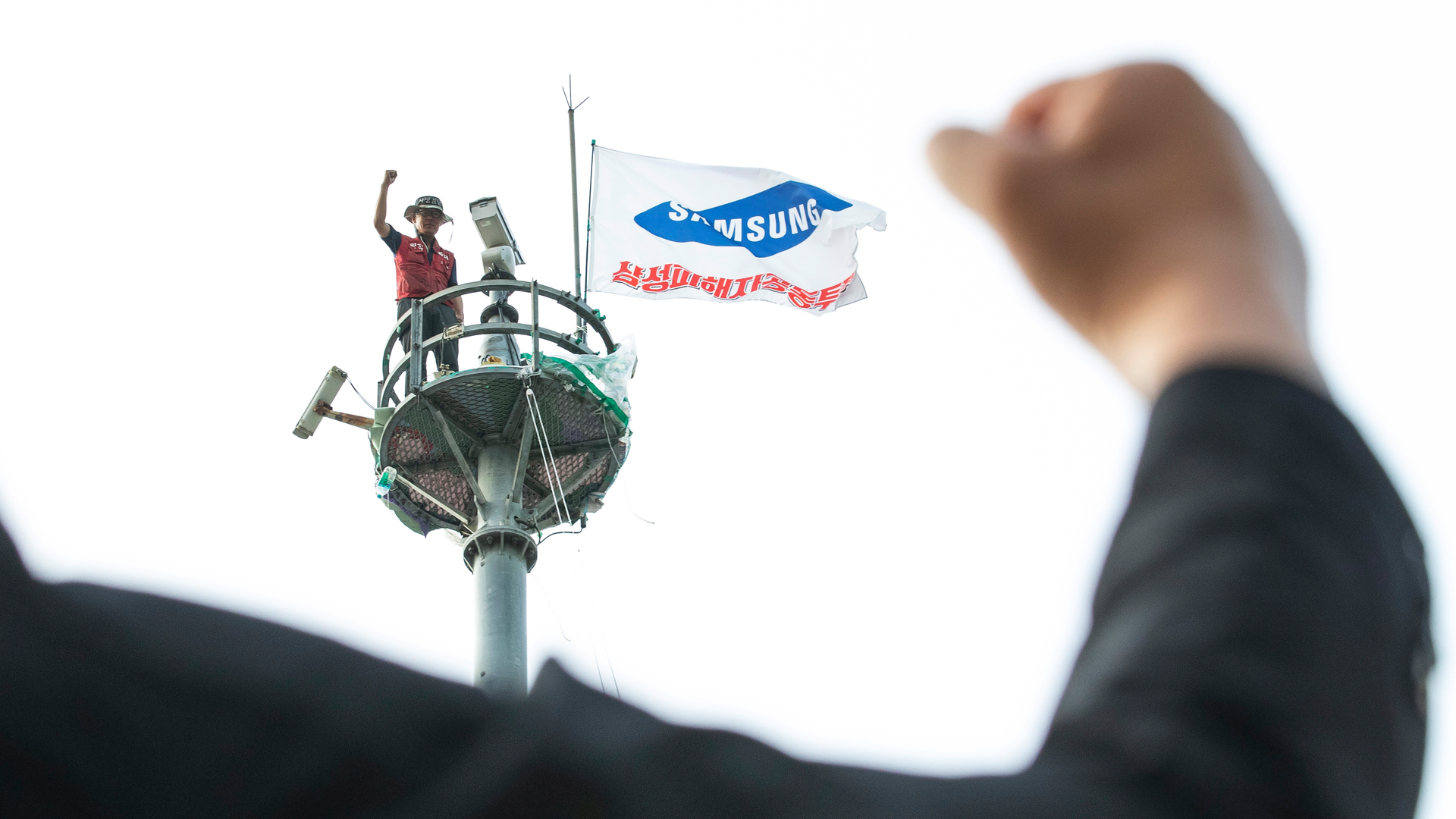 Would NOT have wanted to be a member of his support team, which he absolutely would have needed.

I very much doubt he will be offered any new job with that corporation. Everybody now knows he is an unstable zealot who takes things to an extreme. He was fired in 1995, and has been bellyaching about it all this time?? They’ll probably give him a fat check of ‘STFU and Go Away’ money, if he will sign some statement of not mouthing off in the future.

How could this person possibly survive up there for a year? Food, shelter, water, sleep, bathroom, internet access?

Nearly 25 years later, and he was still pissed off. Get a live you idiot. Kind of makes one wonder where his income came from during those years.

He didn’t have to climb down. He just had to walk down the hill of garbage and poop that accumulated over the year.