A 19-year-old caught trying to steal a farmer’s goats on Valentine’s Day slurred his words and gave fake names when deputies from the local sheriff’s office in Virginia arrived, law enforcement officials said.

Deputies arrested Cole Schrock, of Clear Brook, on larceny and identity theft charges after he said he was pretending to be drunk during the unsuccessful heist, the Stafford County Sheriff’s Office said in a news release Wednesday.

“The farmer recounted that his wife had gone outside to check on their goats and discovered that they had been let out of their pen,” the release states. “She also believed there was a man hiding in the field.”

According to the release, the farmer — who is not named — found Schrock in his field and called 911. The teenager’s truck was nearby with three goats tied to it.

Dispatch sent a deputy just before 10 p.m. and advised “that a farmer was holding the suspect at gunpoint in the middle of his field,” the release states.

The farmer reportedly told the responding deputy that Schrock appeared drunk and had tried to steal several of his goats.

Shrock, who eventually gave the deputy his real name, “admitted that he was pretending to be intoxicated, which was confirmed by a preliminary breath test,” the sheriff’s office said.

“The farmer then realized that the suspect had recently purchased a few goats from him and initially did not recognize him because his face was hidden under a hood,” the release states.

Shrock was taken to Rappahannock Regional Jail where he was held without bond, according to the release. He’s been charged with larceny of animals, identity theft to avoid arrest and unlawful entry with intent to commit larceny.

“And how do you plead to loving goats on Valentine’s Day?”

Well, if that don’t get yer goat.

The guy should be let off the hook—according to leftist professors he was within his rights to express his sexual preference!

If he was pretending to be drunk, then he was sober. And if you’re rustling goats when you’re sober, son, then you really need a reassessment of your life.

If it had been a muslime, I would have suspected a crime of passion.

Schrock really is a Amish/Mennonite name.

7 posted on 02/21/2020 4:23:55 PM PST by BipolarBob (I asked my cat who his favorite socialist was. He looked at me and said Mao.)
[ Post Reply | Private Reply | To 6 | View Replies]
To: Billthedrill
"If he was pretending to be drunk, then he was sober. And if you’re rustling goats when you’re sober, son, then you really need a reassessment of your life."

Okay,okay, it's a sheep joke identifying as a goat joke.

I thought you wuz just kidding...

Is there a hot market on goats in Virginia?
Must be for the meat, right? 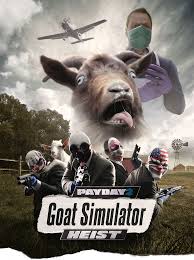 We rescued him and handed him over the local police.

They told me we should have waited until momma had done some more damage.

Who tries to take a calf from their mother? Honestly I swear people are getting dumber.

It was one thing that he stole a goat for sexual relations but to top it off, he chose the ugliest one!

And it's waiting for something to do.

Love the goat you're witb." 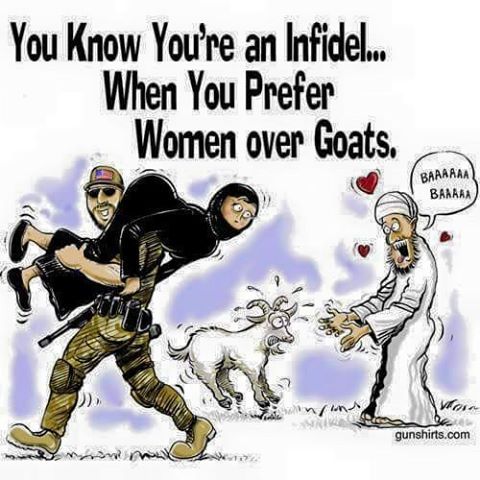 No mention of the goats ages but if they were baby goats. He could be charged with Kid Napping!