Ahhh yes, the tolerant left. I can provide you with tens of thousands of some of the most hateful things ever said by the left all over facebook. From the most abrasive vulgarity to outright calling for murder and violence it is not only tolerated but almost never censored...

This changes the instant you offer a truth against a leftist worldview.

Banned by facebook for 24 hours. Its nothing really and I know many here are probably banned like this too and some even for longer times. My crime? Stating the following words: "Transgenderism is a disorder where the affected kills themselves at rates 11 to 19 time the average of society."

The truth is not to be known nor is it tolerated when it clashed with the left so you will be branded a "Hate-Speaker" by them. my example is a small and insignificant one as there are flagrant ones far worse to consider but this is yet another example of why the left LOVES hate-speech laws. They get to shut you down. They simply deem your speech as hate and now not only do they not have to answer your claims but they get to brand you and hopefully work to destroy you.

America has been showing signs that they are no longer going to tolerate these bastards of anti-Americanism. These raging lunatics who will work to destroy your very liberty to even think if they had their way. If you consider a study done in Sweden following transgenders and one done by the Anderson School at USOCAL you can see my statement was a truism....what facebook has done by constantly blocking this and constantly threatening people is to actually encourage the deaths of these people. Because of their insistence that people are not to be worried about seeing that truth Facebook actually has a hand on making the problem worse.

The real problem is that those on our side don’t bother reporting the leftist hate speech. Whereas, they deliberately lurk on conservative pages so they can scream bloody murder when they don’t like something we say.

But congratulations on your first FB jail session. May there be many more, proving that you’re getting to them. ;-)

I just don’t understand people using Facebook - and committing suicide on a platform known for its intolerance. Why bother? It’s no better than running around on fire screaming, “Look at me - look at me!”

I just got a 30 day ban for calling a vulgar drag queen a “sick pervert”. I’m probably done permanently next time because I do not have a clue what really ticks them off.

This past summer I received two sentences to FB jail of 30 days each with a 90 day period. Facebook hates the truth. The first time was when their algorithm caught me for mentioning my grandparents who entered this country legally and then stating that those who entered illegally were criminal illegal aliens.

The second was for referring to a liberal as an idiot.

I also received a seven day ban back in December of last year for claiming that homosexuality and transgenderism were mental disorders and should be treated as such.

On the plus I have been successful in getting two liberals put into FB as well since then!

I feel like the man in a Kafka novel THE TRIAL, a man arrested and prosecuted by a remote, inaccessible authority, with the nature of his crime revealed neither to him nor to the reader. Wikipedia

Whatever I said to get me banned must have been a DILLY!

I ditched Facebook but just finished my 6th suspension on Twitter for similar attempts to tell the truth.

Believe it or not, I was put into the Penalty Box by RedState website, and I have no idea why or how long it’s been that way. Maybe I said something ugly about Norweigian politicians that put Erik Erikson’s nose out of joint.
On that day I happened to check, I was specifically ‘Not Permitted’ to post any commentary.The gates were locked.

Everyone, just get get off of FB. If you can survive a 30 or 90 day suspension, you can survive being off permanently. They derive their power from their huge user base, and if enough people drop out it will start having an effect, and they will twice about alienating the users they still have.

I am currently in a 3 day ban - might end up being permanent after they read my appeal where I called FB nuts and humorless.

It started with a post and 24 hour ban when I responded to men beating women in some womens sport. I said “DNA test. Trannies should have their own event and stop cheating girls.”

boom. Ban. I screen shot it. 24 hours later, I post the screen shot and just say, I don’t know what was hateful about my post. I got lots of likes and at least 4 comments. Some saying it was the word tranny and they had been banned for it. Regardless, I got a 3 day slap and put into FBs reeducation camp. They could have at least warned me that tranny wasn’t an accepted word. smh

I have had a few through the years. I always ask for a review instead of just accepting their insanity. Plus, I want the to hopefully have to read my view again.

“The real problem is that those on our side don’t bother reporting the leftist hate speech..”

That’s because those on our side actually do believe in **free** speech and we don’t report everything that’s just BS, or just because we disagree, or it merely offends us.

My personal rule is I’ll report overt assassination /specific murder threats made by anyone, regardless which side of the political spectrum.

Other than that, I believe the 1A protects every American’s right to be an offensive a-holehole is

I use FB all the time but I stay out of the political forums. DU band conservatives and FR zots leftists because they know no minds will ever be changed and all you do is waste time and bandwidth. FB is no different so I don’t waste my time.

I would not have if my son didn’t set it up for me for a business I used to have. I cycle through reading and posting a lot or little.

I have some good conservative “friends” that I like to follow and see what they are posting, but it is a waste. I think my 3 day might be a good opportunity to cut ties. I am doing surprising well with cutting my “drudge report” daily habit. http://thelibertydaily.com and http://badblue.com along with more time back on freeRepublic are helping me get my fix.

Some of this is due to TERFs (Trans-Exclusionary Radical Feminism). It’s a tiny offshoot of feminists that take a very critical view towards transgenders. These TERFs are out-casted in the mainstream feminist movement.

Several years ago there was a group of TERFs that would troll around social media, find transgenders, and then bully them and encourage them to commit suicide. So these social media platforms will now hand out bans pretty quickly because of this. It’s not just facebook but twitter and YouTube will ban this pretty quickly too. They say it violates their terms of service and qualifies as hate speech.

I nominate "The Song of the Sewer" performed by the wonderful Art Carney. 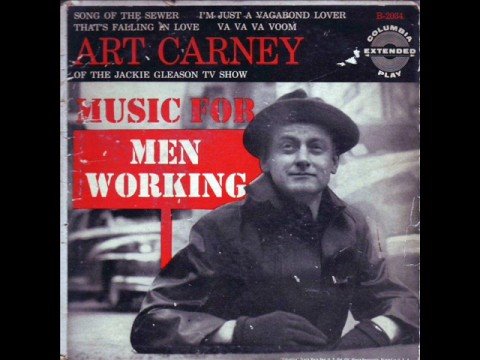 “The real problem is that those on our side don’t bother reporting the leftist hate speech..”

That’s because those on our side actually do believe in **free** speech and pretty much respect the other side’s right to be idiots.

We don’t holler “hate speech” / “hate crime” & attempt to censor/ ban/ silence everything that’s just BS, or just because we disagree, or it merely offends us, as the other side tends.

My personal rule is I’ll report overt assassination /specific murder threats made by anyone, directed at anyone, regardless which side of the political spectrum.

Other than that, since the definition of “offensive a-hole” is entirely subjective, I’ll fight to the death for anyone’s 1st Amendment right to be one, regardless how anyone else might define it.