It may be more innocent. The lipstick name is probably taken from the first line of the Marine Hymn

"From the Hall of Montezuma, to the shores of Tripoli...." 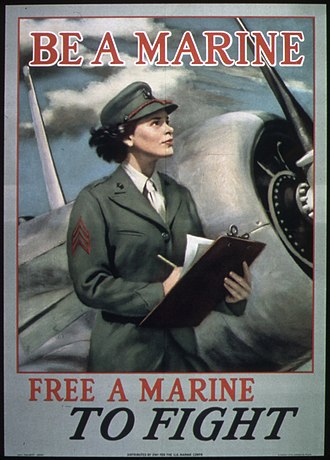 The red Scarf? It could hold some significance, or could just be a scarf.

Tonight, we renew our resolve that America will never be a socialist country. ~ President Donald Trump

Yes, yes you could say that, and that she buys her clothes from a tentmaker. :)

(And yes, I agree that the lipstick name comes from the Marine Hymn!)

I went to your link, MNDude. Most interesting.

You launched me on a mini-dig. I apologize for the length, so I made a division of the information into two parts.

I put my cursor on the @Q, which you pointed out, at the end of DJT’s tweet, without clicking, and this is what popped up:

“A decentralized worldwide cryptocurrency with a novel approach to widespread adoption. Follow to learn about Q and what it means for you.”

I’ve been fascinated by the X22 reports and the taking down of the DS through the economy, and he mentions crypto currency. This DJT tweet was in MAR 2016.

When I clicked on the @Q link provided in the tweet by DJT, I went here:

The page also shows a timeline for the various stages for how / when this discussion should take place:

Q and X22’s discussion of Q, indicate that this plan of using crypto currency could very well be part of the Plan. I’ve heard X22 suggest that the monetary system we may be moving to could use, along with Gold, a truly private and safe crypto currency. However, X22 emphasizes that it is GOLD which Q says will be the means to actually bring down the FED. But X22 has suggested that there will be a place for crypto currency in the future world economic system.

In other words, because of the timing of the tweet and the subject matter of what DJT linked, I think a case can be made that it was no accident that the SOON TO BE Candidate Trump posted this link to indicate a possibility of where we are heading - even back then. He seemed to be pointing to and promoting a form of crypto currency which is truly safe and private, and not a system controlled by the Deep State.

I will be interested to see what others who are more conversant with these topics might think.

The Q symbol has TWO tails coming out of the circle at about 4:00 and 5:00. This indicates to me that that Q with two hash mark tails will be the indicator for “crypto currency” much as $ is the sign for “dollar.”

“Q is a decentralized cryptocurrency that we have been developing for years, and is in no way related to the centralized, non-crypto ‘Initiative Q’.”

“Note: This is a concept paper, meant to share ideas and start up discussion on how to create the final version and whitepaper. Nothing is set in stone and everything is open for discussion.”

“Abstract: Q is a novel decentralized cryptocurrency that incentivizes adoption by giving every person in the world $1000 USD worth of Q for free. Through Proof Of Person (POP), we can prevent duplicate claims. Persons can verifiably prove themselves through the contactless chip in their international passport while keeping their identity private, or through other more decentralized methods. Proof Of Person enables a vast new world of possibilities. For example, Q could enable a Universal Basic Income (UBI) distribution by optionally sharing transaction fee income with those that need it the most. Q could initially maintain a decentralized 1 to 1 peg with the United States Dollar, ensuring its stability. Q could be launched as a token and smart contract on Ethereum.”

“THE ISSUES WITH CURRENT CRYPTOCURRENCIES”
“The reasons why crypto has failed to reach mass adoption.”

“No proper distribution”
“For a currency to have value, and for stores to accept it, you need adoption. It’s a chicken and egg problem. However, we just need to look at history for a solution: After World War II, the value of Germany’s currency was destroyed as it entered hyperinflation. This was solved by issuing a completely new currency and giving every German citizen some of this currency for free. As a result, the currency was quickly adopted and Germany successfully re-bootstrapped its economy. To achieve worldwide adoption we can copy this distribution model....”

The rest of the think-piece is quite interesting and actually addresses many of the questions I’ve personally had about the efficacy of a crypto currency system.

Part Two will deal with a very recent catastrophe which occurred to a crypto currency company.... and would need very much to be considered in the conversation about crypto currency which our POTUS seemed in spring of 2016 to be pointing to.

Gung fu is nice. I want to hear about the hung fu. Your betrothed might require pics.

My Darlin’ alerted me to this news article pointing out this HORRIBLE problem with crypto currencies.....

Cryptocurrency Company May Lose $145 Million After The Only Man Who Knew The Password Dies
February 6, 2019 at 5:01 pm

TORONTO (CBS/CNN) — A Canadian cryptocurrency exchange company may lose $145 million after its 30-year-old CEO, the only man who knew the password, died suddenly. The death of the entrepreneur has left a huge stash of cryptocurrencies locked off from the people who own them.

Quadriga, Canada’s biggest cryptocurrency exchange, said it’s unable to gain access to $145 million of bitcoin and other digital assets after Gerald Cotten, its 30-year old CEO and co-founder, died of complications arising from Crohn’s Disease while traveling in India.

Many of the digital currencies held by Quadriga are stored offline in accounts known as “cold wallets,” a way of protecting them from hackers. Cotten is the only person with access to the wallets, according to the company.

The unusual case highlights the risks investors face looking after their assets in the thinly regulated industry.

Cotten’s death has plunged Quadriga into crisis and left it struggling to figure out how to refund more than 100,000 of its users.

On Tuesday, the company said it was granted creditor protection in the Nova Scotia Supreme Court as it tries to sort out its financial mess.

“For the past weeks, we have worked extensively to address our liquidity issues, which include attempting to locate and secure our very significant cryptocurrency reserves held in cold wallets,” Quadriga said in a statement on its website. “Unfortunately, these efforts have not been successful.”

Cotten’s widow, Jennifer Robertson, said that the laptop that Cotten used to run the currency exchange is encrypted, according to a copy of her affidavit posted online by cryptocurrency news site CoinDesk.

“I do not know the password or recovery key,” she said. “Despite repeated and diligent searches, I have not been able to find them written down anywhere.”

The company has hired tech experts in an attempt to hack into Cotten’s laptop and other devices to retrieve the missing cryptocurrencies, but Robertson warned that at least some of them “may be lost.”

Quadriga, which is based in Vancouver, also owes about 70 million Canadian dollars ($53 million) in cash that it’s unable to pay back, she said, citing difficulties accessing funds through the traditional banking system.

The Canadian High Commission in New Delhi told CNN that it was aware of Cotten’s death and had “provided consular assistance,” but declined to reveal further details.

While the case is unusual, it isn’t the first time the cryptocurrency industry has been hit by security concerns. Hundreds of millions of dollars’ worth of digital currencies have been stolen by hackers over the past few years.

The spectacular boom and bust in the prices of bitcoin and other cryptocurrencies have presented a quandary for governments around the world, which have taken differing approaches in trying to regulate their use.”

#. #. #.
It appears that a very real and urgent conversation MUST take place by ALL Patriots about crypto currencies and the new system we are moving toward. I say ALL Patriots, because we want our voices heard during this crucial turn of world history and the setting of the foundations of how we will do commerce in years to come.

We want the new system to be truly in service to the individual and not make the individual person be vulnerable to the banksters and other malign forces as we have so unfortunately been in the past. This is pioneering territory!

Apparently our POTUS was pointing the way, even as a private citizen, only a few months before he announced his candidacy.

At least that is how I read it.... but I could be mistaken! 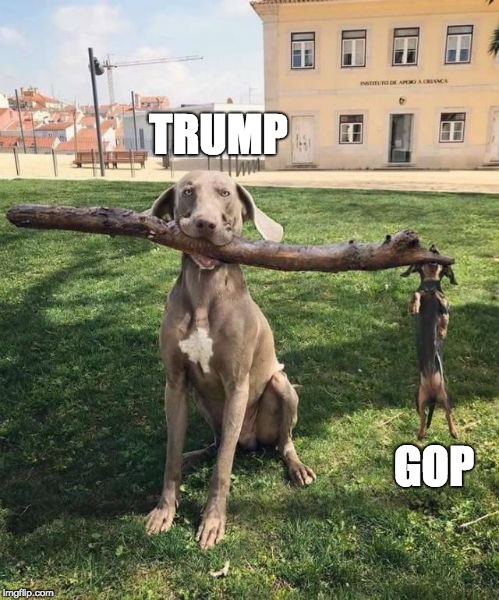 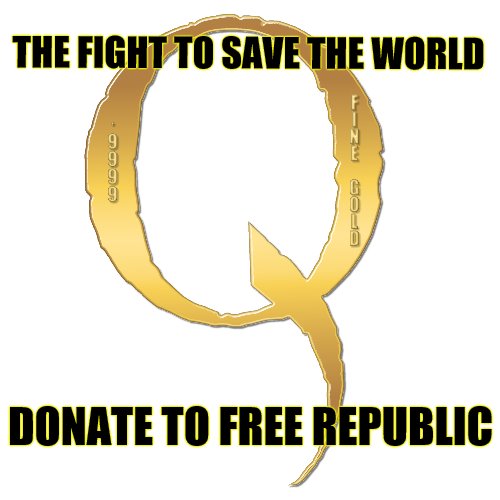 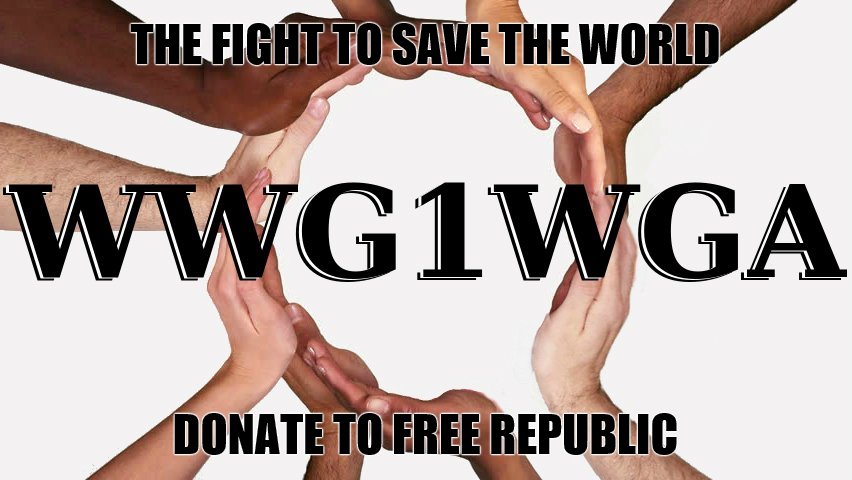 My opinion on Crypto Currency=stay away. Anything that is not in my physical possession can be later subjected to Government control, as in access cut off, if I don’t toe the line, or for some reason incur government attention.

The NWO wants to replace cash, gold etc. and make everyone get an identifying number to use with their account. The Pope even gave a speech referencing this need fairly recently. JMHO. Everyone else can do whatever-YMMV 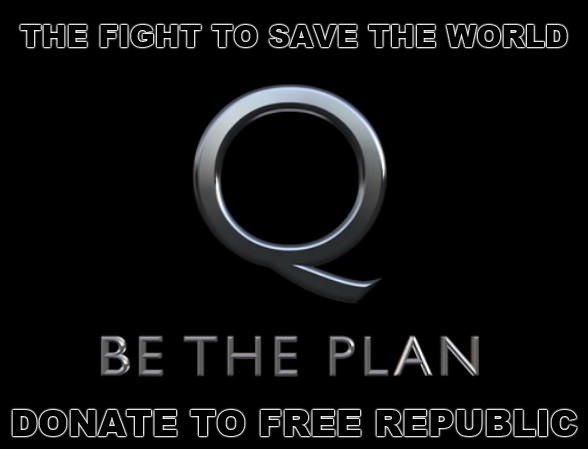 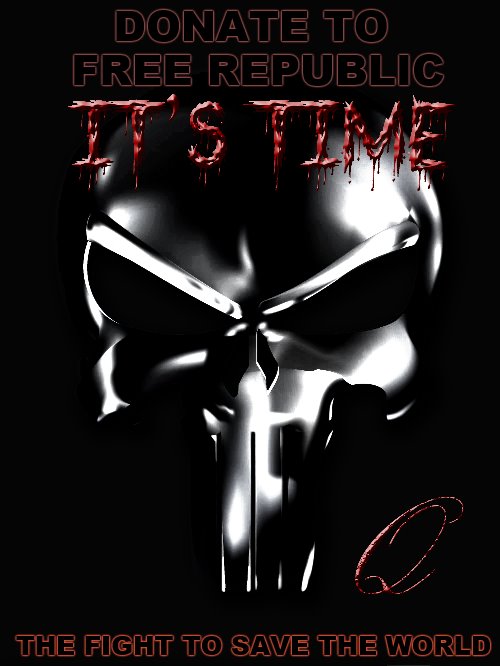