“THAT WAS AWESOME”, Thanks, TexMom...

Every night I collect these memes and send em out as emails in the morning..

and there’s no fuzziness in them tonight!!

This is very disturbing. We have less than a month to get a handle on this vigilante justice system.
~~~~~~~~~~~
I wonder if they were really F_I or posers....hmmm

Was this just an - IN YOUR FACE - [Transfer of Wealth]?

It also sounds like something that socialist mom jeans wearing can’t throw a pitch fake American fake president Ovomit would do just to harm our country.

Want next BOOM to be

It’s at this point that there should be a demand that GM pay back all the bailout money they received.

I think POTUS twattered something to this effect just after this GM China falderal was announced.

“Mr. Comey says in the court filings he’d be willing to talk publicly, but said the closed-door session the House has planned is a set-up.”

Well, if there is one thing that that LilyLivered Lying Leaning Tower of No Investigation Pisa shirt bag Comey knows, it is a set up.

Sometimes I wonder if the public dissing of Russia/Putin (such as cancelling the meeting in Argentina with Putin, today) is for public consumption, due to the “Russia collusion” bulls***. Perhaps when that is over and done with and proven not only utterly false but a criminal ploy, public relations with Russia might warm up.

Thinking Putin has had his own experience with Cabal and bad folks, and he and POTUS are in league, acting for the bads to keep them confused. I have read, not recalling where, that Russians absolutely love Putin because he is Mr Rah Rah Russia and they are, gasp, patriotic.

Gotta keep the “ muh Russia collusion” out there to keep the “false” narrative going connecting it to Trump. In my screen writer’s mind (no, I am not one, nor have I played one on TV), when Mueller completes his task, which originally was to look into Russia’s attempts to interfere with the 2016 elections AND any matters that arise from the investigation, he will expose the DS, Hillary’s Russian Collusion, the Satan people who eat babies, bad players and the joke would be on them because bad comes to light and good wins.

This is what Mueller is tasked with investigating:

(i) any links and/or coordination between the Russian government and individuals associated with the campaign of President Donald Trump; and
(ii) any matters that arose or may arise directly from the investigation; and
(iii) any other matters within the scope of 28 C.F.R. § 600.4(a).

Boy, hope I read your query correctly. I may have just gone off on my happy tangent, thinking that Mueller and RR are converted black hats saving their skin because POTUS is BOSS and they cannot counter the Trumpnami.

Not technically, since 0bola is not a US citizen. :-)

OK, you got me there.

But it is funny.

Lindsey is faking cool just to get the chairmanship. He remains derp.

Why can’t he be a good guy?

He and I were getting along so well. That lovely awkward Huma hug/handoff at McTreason’s fffffuneral, the Gen Kelly lazer stare and Linda’s insouciant ignoring of such, the slaying of Dem bad dragons at the Kavanaugh hearing...those weeks were glorious.

Sigh...optimist I will hope he is more a better man than bad.

I agree he wants the Committee Chairship.

And I will only admit that Linda = Derp when actions prove it, however, mere Saudi slander is not enough to put him on the LindaBadMan side just yet.

If it were "mere Saudi slander" that would be one thing. But he came out originally on the Kasoggi thing saying that MbS should step down and we should cancel the weapons deal with SA. Now he votes to stop supporting the Saudi War against Iran proxy Yemen.

Lindsey can't be ignorant to the political facts of the MbS purge and flip from derp to non-derp status of SA. And if that's true, then his hostility toward the MbS regime and SA/Trump alliance confers total derp status.

In my book, anyway.

We must understand one thing and one thing only. There is a war on, and there are only two sides. Derp and non-derp (hint we are non-derp).

Oh, and it's okay to understand this, too. 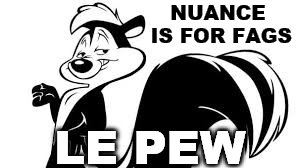 And of course friends can disagree. Think of the #TeamWhiteHat v. #TeamBlackHat skirmishes.

What would be the fun if everybody agreed on everything?

There are 2 things in this article that I want to point out.

First who ordered and for what reason did the FBI invade the house of the whistleblower who gave info on the Clinton Foundation and Uranium One to Horowitz who then instructed that this info also be given to the House and Senate? This sounds like a Mueller/Weissman tactic - but there was no mention of anyone except the FBI. (The whole article - worth reading - is troubling and raises other questions but I wanted to focus on the who and why.)

The second thing is the person who signed the court order - federal magistrate Stephanie A. Gallagher - who was an Obama appointee. Not knowing the why, I can’t make an informed opinion on Gallagher’s court order. My first impulse when I see Obama Appointee is a negative reason. However, my focus is on the fact that this judge, appointed by Obama for the District Court but time expired before she was confirmed, was nominated by President Trump this year and got voted out of the judiciary Committee on Oct 11,2018 by a 20-1 vote. At that meeting she was one of 7 voted on favorably. I looked at the votes in favor and against and noted 2 others that were Obama appointees that got nominated by Trump. Mary S. McElroy had a similar story as I noted for Gallagher. Her vote was 19-2. Lastly, Mary M. Rowland was a federal magistrate appointed in 2012. The vote was 16-5. (Lee voted no to all 3). Question - why in the hell did Trump nominate these 3 Obama appointees 2 of which were previously nominated by Obama for the District Court?

“Uncivil discourse is a problem too. The trolls seek escalation of harsh tones, to get the thread pulled by JimRob methinks.”

I did not know until yesterday that FR has other closed threads where you will be kicked off immediately with no muss or fuss. I saw a thread about Pope Francis promoting mortal sin yesterday and left a comment stating that I’m not Catholic but I have come to the conclusion that Vatican City is Mystery Babylon in Revelations. I did not realize that “Catholic Caucus” meant only CATHOLICS can post in the thread. By the time I got the message (which was very nice explaining things) my comment had been removed and what looked like a couple of comments directed at me, but not positive of that. I was OK with that and now that I know, I wouldn’t dream of going on there again. Do you think if we put “Qanon Caucus” we can get rid of trolls easier? Are there any Baptist Caucus threads?

I saw that. I had to keep changing the channel until he was gone but I missed hearing what Dan Bongino said.